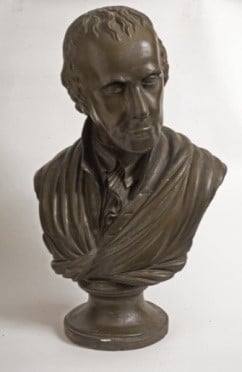 The Rush Papers present a trove of material for historians of the early Republic, and the Library Company seeks to foster renewed engagement with those papers through a digital edition akin to the Adams Papers at the Massachusetts Historical Society. With hundreds of volumes being digitized at the Kislak Center for Special Collections, Rare Books and Manuscripts, these five short-term (one-month) pre-doctoral Innovation Fellows would have the opportunity to help shape what may, in time, become the basis of The Benjamin Rush Papers. Possible lines of inquiry might include:

While this edition might later be published through a traditional university press, and become an official part of the Founders Online project of the National Archives, a digital edition would enable immediate, wide access to both newly scanned images and transcribed full-texts (as they become available) through the creation of a Benjamin Rush Portal. This portal can start immediately just by providing a central resource for links to existing digitized material, consolidating finding aids, and offering some blogging on the ongoing process. A timeline and family tree would accompany the digital edition, highlighting other notable family members, such as Phoebe Ridgway Rush (for whom the original LCP Library building on S. Broad Street is named) and Richard Rush (who served four US presidents as Attorney General, Secretary of the Treasury, and Minister to England and France).

About the Rush Papers

The Rush Family papers includes material from Benjamin Rush, physician, social activist, educator, writer and patriot; his brother Jacob Rush, lawyer, Supreme Court judge, and patriot; and Benjamin’s son James Rush, physician and Treasurer of the United States Mint. These American men were “strong characters, zealous patriots during the stirring period in which they lived, tenacious of their convictions and of the high standard of individual duty which they set for others, and typified in themselves,” (Richards, page 53). The bulk of the collection is the papers of Dr. Benjamin Rush and his son Dr. James Rush. Judge Jacob, John, Richard and William are represented, but to a much lesser degree. The other Rush family members are represented in a very limited manner. The collection contains correspondence; financial records; medical notes, lectures, and case histories; writings regarding medicine, politics, and the judicial system; and observations on colonial Philadelphia, the formation of the United States, and the new nation (excerpted from the LCP Finding Aid). The collection also dovetails with those items originally held by Dr. Rush which were separated by the family for a variety of reasons in the years after his death; those items are now predominantly at the American Philosophical Society, the Pennsylvania Historical Society, the Rosenbach Library, the College of Physicians, the Kislak Center at Penn Libraries, Princeton University Library Special Collections, Duke University Library Special Collections, Dickinson University Library Special Collections, University of Delaware Library Special Collections, Kansas State Historical Society, and the Massachusetts Historical Society (Adams Papers/Lyman Butterfield Papers). But many Rush items are still in private collections, both of the family, and those who purchased them at the 1943 auction of the Rush Papers inherited by Alexander Biddle.

The Innovation Fellowship Program is made possible by the generosity of our Founding Sponsor Randall M. Miller and Sustaining Sponsors Louise M. and Peter J. Kelly, John C. and Christine K. Van Horne, and a donor who wishes to remain anonymous. To make a contribution to support future Innovation Fellowships, please contact Raechel Hammer, Chief Development Officer, at rhammer@librarycompany.org.