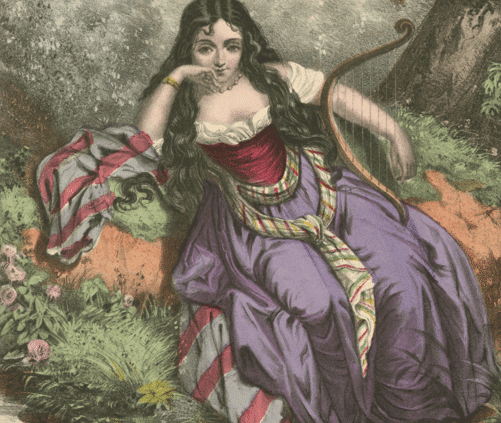 The Secret History of Sappho: Re-imagining a Women-Centered Past

In the latter half of the 19th century, Sappho became a common subject in art and literature.

In particular, the legend of Sappho jumping to her death to resolve a love triangle became an opportunity for multiple playwrights to explore the theme of lesbian sexuality. Without exception, these were “closet dramas,” meant to be read rather than performed. Thus the readers were free to imagine the staging. In recent years, Jill Lepore and other scholars have noted that the revival of interest in Sappho was particularly strong in women’s colleges, and contributed to a groundswell of interest in locating women-centered cultures in classical antiquity, studying Ancient Greek, and ultimately the development of feminism in the 20th century.

Rightfully Hers: American Women and the Vote with Dr. Robyn Muncy