The Library Company invites submissions for our inaugural Innovation Fellowship. For our starting point, we return to the term’s Latin etymology, innovare: to renew or to make new again. Grounded in its religious context (the recovery of the soul), innovation, as we envision it, enables both inward and outward inquiry. Inward inquiry might take the form of a self-critiquing project that challenges the disciplinary cultures and practices in which it was produced, whereas outward inquiry might pursue modes of production and dissemination that enlist new audiences, allies, or co-creators—especially in the arts.

Since the mid-twentieth century, proponents have presented innovation as a panacea to the malaise of late-capitalism, variously equating it with creativity, entrepreneurship, and technological progress. However, as scholars like Benoît Godin, Alexander Mazzaferro, and John Patrick Leary have demonstrated, innovation was understood in the early modern period to be a risky affair—dangerous not only for the innovator but for the systems in which they worked.

If innovation has meant many things to many people—a charge of heresy (the Reformation) and sedition (the French Revolution), and a tool for social justice (nineteenth-century social reformers) and economic prosperity (federal intervention in the post-war period)—then an awareness of its definitional ambiguity might enable richer historical scholarship.

With such understanding and context regarding the meaning and purposes of innovation, we welcome work that engages with pressing social issues, chafes against traditional disciplinary boundaries, or whose content or forms might not be readily legible as scholarship within the university rewards structures. In short, we want to catalyze experimentation and adaptation across the humanities and into and with the arts, to the enrichment of each and the elimination of artificial boundaries that impede experimentation and innovation.

In many ways, the Innovation Fellowship Program extends our more than 30-year-old fellowship program. Fellows will be encouraged to deepen research questions using the Library Company’s historical collections, to work closely with curatorial staff, and to leverage Philadelphia’s extensive network of arts and cultural heritage institutions.

The Innovation Fellowship Program will complement the Library Company’s short-term research fellowships by using our existing infrastructure as a residency program to accommodate artists and scholars who can contribute to our learning community and bring new tools, methods, and questions to our collections; providing academic humanists with new models of publicly-engaged scholarship; and enabling the Library Company to excavate core collection areas that illuminate the library’s institutional history in advance of its tercentennial in 2031.

The Innovation Fellowship Program departs from our traditional fellowship program in both structural and philosophical ends. Instead of awarding each fellowship individually, the Library Company will serve as matchmaker and select two fellows in tandem: An academic humanist and a creative practitioner to address a shared collection area. (We do, however, accept and encourage team applications.) The scholar and creative practitioner will be invited to reside at our Cassatt House and conduct at least two weeks of concurrent research. Fellows’ residency will range from at least four weeks to as long as eight weeks. Finally, each fellow will create a well-defined project to be completed within one calendar year, around which the Library Company will develop a public program such as a colloquium, seminar, or pop-up exhibition. We will not define such outcomes, but we do ask applicants to propose projects with budgets and timelines.

As with our existing fellowships, we will promote the Innovation Fellowship Program to our core audience of academic humanists, but will also reach out to new constituencies interested in discovering new and innovative ways to combine humanities and arts. To solicit submissions from the artistic community, we will rely upon our creative partners at the University of the Arts, Curtis Institute, Indy Hall, the Pennsylvania Academy of the Fine Arts, and Temple University. 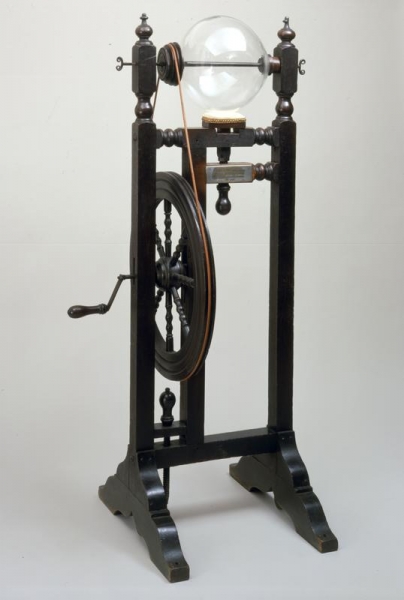 The Innovation Fellowship Program will unfold over multiple years. The 2021-22 Fellowships will focus on Francis (Frank) Johnson, arguably the preeminent band leader in Philadelphia and one of the most popular black composers prior to the American Civil War. The Library Company of Philadelphia holds a significant collection of Johnson’s printed work and a manuscript composition book. The Francis Johnson Fellowship will support two fellows—a humanities scholar and a creative practitioner—as they delve into the compositions of this vital early-nineteenth-century artist.

The Innovation Fellowship Program is made possible by the generosity of our Founding Sponsor Randall M. Miller and Sustaining Sponsors Louise M. and Peter J. Kelly, John C. and Christine K. Van Horne, and a donor who wishes to remain anonymous. To make a contribution to support future Innovation Fellowships, please contact Raechel Hammer, Chief Development Officer, at rhammer@librarycompany.org.