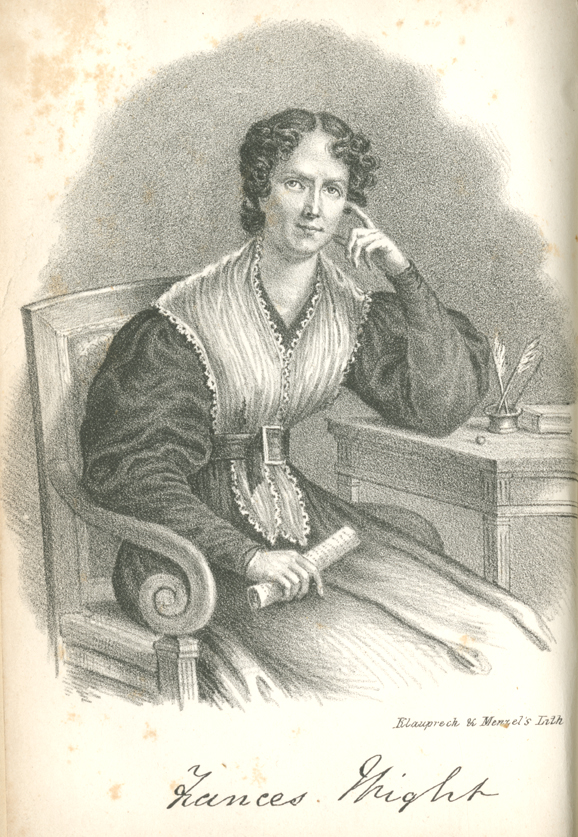 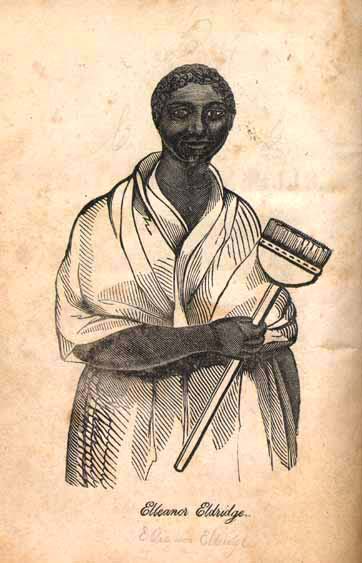 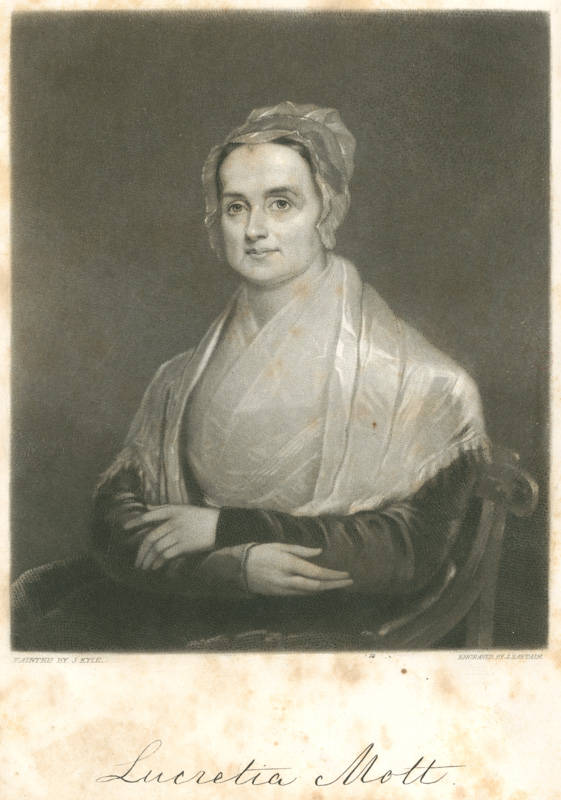 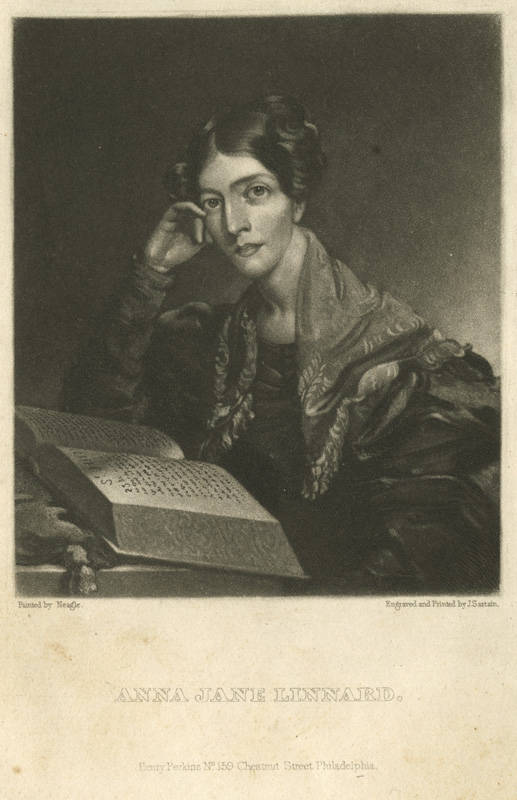 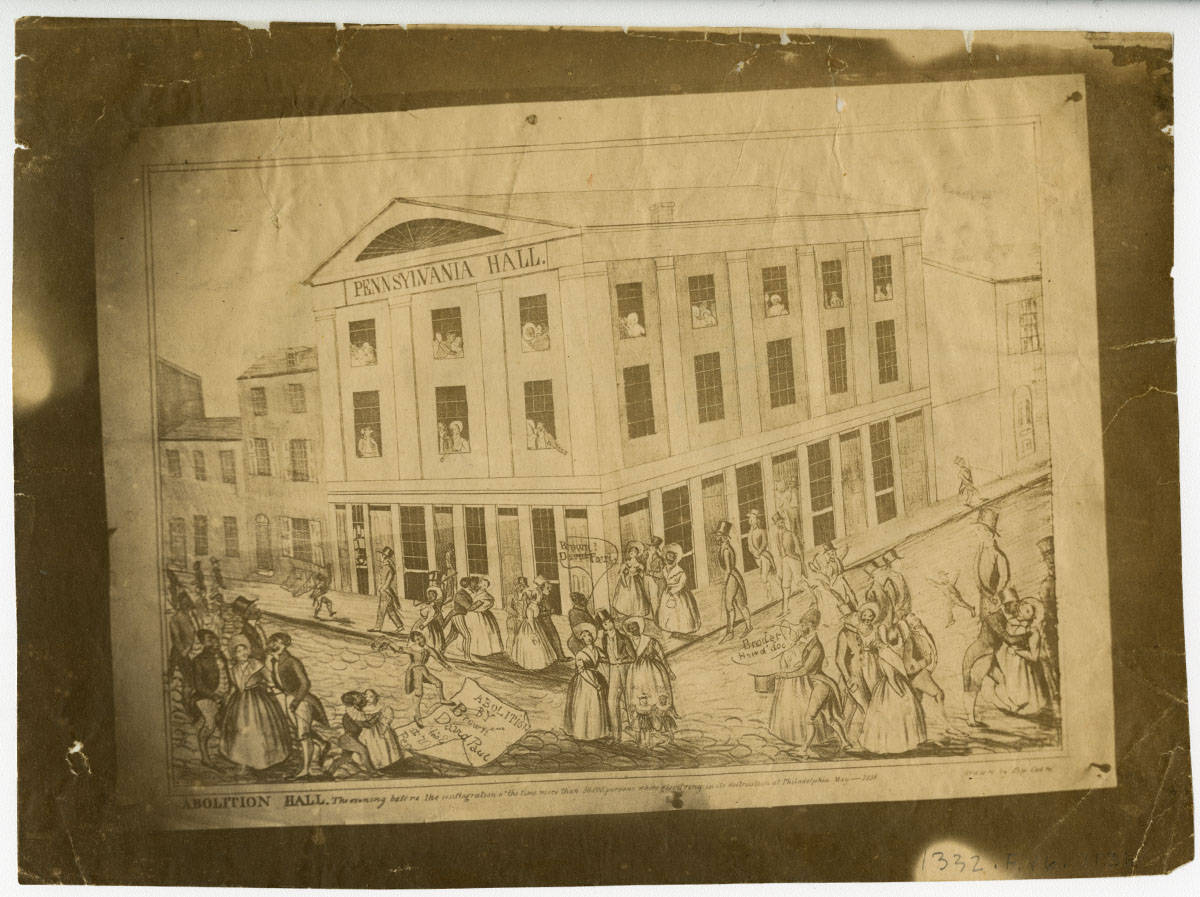 Abolition Hall: The evening before the conflagraton at the time more than 50,000 persons were glorifying in its destruction at Philadelphia May -1838. (Philadelphia: 1850). Drawn on stone by Zip Coon.

During the second week, participants will engage with aspects of the antebellum period that highlight the contradictions between declarations of independence and women’s dependence on men.  As married women, free women could not own, buy, or sell property, make contracts, or conduct business in their own names.  At the same time, virtually all women worked, whether as housewives, laborers, or slaves.  Throughout the North, and visibly in Philadelphia, women ran businesses, taught school, gained employment, spoke out in Quaker meeting, and organized to end the consumption of alcohol, slavery, and capital punishment, as well as for their own rights.  Readings will includes articles by Jeanne Boydston and Emma Lapsansky, excerpts from Thavolia Glymph’s Out of the House of Bondage and Susan Zaeske’s Signatures of Citizenship, and Lori Ginzberg’s Elizabeth Cady Stanton.  Primary sources include addresses by striking tailoresses, debates about married women’s property rights, prescriptive literature directed to housewives, accounts of women’s enslavement, and reports of antislavery societies.

The Women’s Rights National Historic Park in Seneca Falls, New York, will be an important “source” for this investigation.  As the only national park dedicated to women’s history and rights, this site tells the story of the convention for woman’s rights held in Seneca Falls in 1848, and includes the home of Elizabeth Cady Stanton, one of that convention’s leaders.  Although we will not visit upstate New York, the second week will conclude with a deep investigation of the Park’s on-line materials, an important resource that will help teachers think about how to use historic sites, and websites, in their own classrooms.

Jeanne Boydston, Home and Work: Housework, Wages, and the Ideology of Labor in the Early Republic (1990) (excerpts)

Jeanne Boydston, “The Woman Who Wasn’t There: Women’s Market Labor and the Transition to Capitalism in the United States,” Journal of the Early Republic 16.2 (1996): 183–206.

Thavolia Glymph, Out of the House of Bondage: The Transformation of the Plantation Household (2008) (excerpts)

Harriet Jacobs, Incidents in the Life of a Slave Girl (excerpt)

The Anti-Slavery Convention of American Women, Held in NYC, May 9-12, 1837, Proceedings

Angelina Grimke, “An Appeal to the Women of the Nominally Free States,” 1838

Jane Rhodes, “At the Boundaries of Abolitionism, Feminism, and Black Nationalism: The Activism of Mary Ann Shadd Cary,” in Kathryn Kish Sklar and James Brewer Stewart, eds., Women’s Rights and Transatlantic Antislavery in the Era of Emancipation (2007), 346-366