An Important Message from the Edwin Wolf 2nd Director 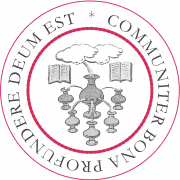 The Library Company of Philadelphia joins its voice to the countless others who are expressing grief and horror over the murders of George Floyd, Breonna Taylor, Ahmaud Arbery, and so many other victims of racist violence. These grotesque acts in the name of law enforcement are further evidence of the unequal treatment of Black Americans in our country. We are also alarmed by the violent suppression of the peaceful protests and demonstrations — forms of speech vital to democracy — that have happened as a response to those killings.

In the last few days, we have seen the cracks in our society deepen. As it breaks apart, we can no longer ignore the vast inequalities that have existed in plain view. As an institution and as a community, we are called to look inward, both to focus on our past for guidance, but also to hold ourselves to account for those parts of our history that have contributed to injustice. Most importantly, we must commit ourselves to action that will make things better.

The Library Company’s long history is replete with examples of both the best and worst of our nation’s history. Many of its early shareholders were opposed to slavery and used the Library Company to advocate for its abolition, a position most easily seen in the extensive collection of abolitionist pamphlets and books contributed to the library and read by its members. In the 1960s, the Library Company recognized the importance of African American History and collected and exhibited new material that gave our collection extraordinary breadth. In 2018, we completed a challenge grant from the National Endowment for the Humanities that established a permanent endowment for the Program in African American History, demonstrating the organization’s commitment to the field.

At the same time, the Library Company has been complicit with, and benefitted from, the structural oppression of Black people. Many of its early members, not least among them Library Company founder Benjamin Franklin, owned enslaved people. The money that built the buildings and bought the books was tainted by the slave trade, which permeated all commerce in early America. Today, Black people are underrepresented among our shareholders, directors, and staff, and though we are working hard to change it, there is much more we can do.

We are committed to taking action. More specifically:

Learning can bring about change. It was only through learning about the horrors of slavery that Benjamin Franklin was moved to change his stance and become an abolitionist, eventually helping to found the Pennsylvania Abolition Society. The Library Company is a community of learners. We embody one of the best ideas that Franklin ever had — that people talking and learning together is the best way to find solutions to our problems. Today, we commit to broadening that community and learning from it, as we stand side by side with those who protest and those who suffer. We eagerly invite you to join us as we work together to address the problems that are so vivid and painful in this moment.

With hope and confidence,

Fireside Chat: Lincoln and Viruses: The Past and the Present Collide (David...
Scroll to top