In 2018, the Library Company of Philadelphia launched our seminar series to offer community members an opportunity to explore the rich historical records of our collections. More than an exhibition of treasures, each seminar provides participants with access to carefully-curated materials such as historical documents, books, and prints, together with conversation guided by experts in a learning experience that promotes discovery, discussion, and reinterpretation.

Beginning with Summer 2020, our Seminar series has migrated online – a free benefit to all Library Company members, shareholders, and digital subscribers.

To register for a seminar, please contact Dayjah Brock, Events & Programs Coordinator, at dbrock@librarycompany.org. For more information about the seminar series, contact Will Fenton, Director of Scholarly Innovation, at wfenton@librarycompany.org.

From the LCP Blog…

About the Director of Scholarly Innovation 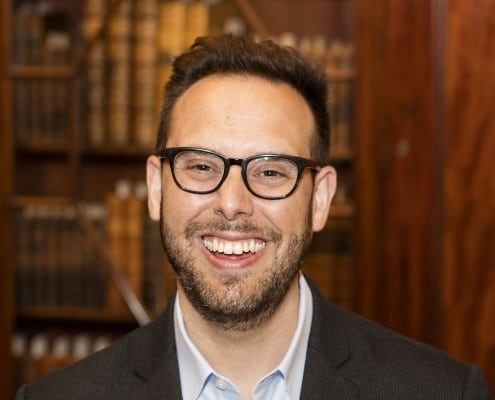 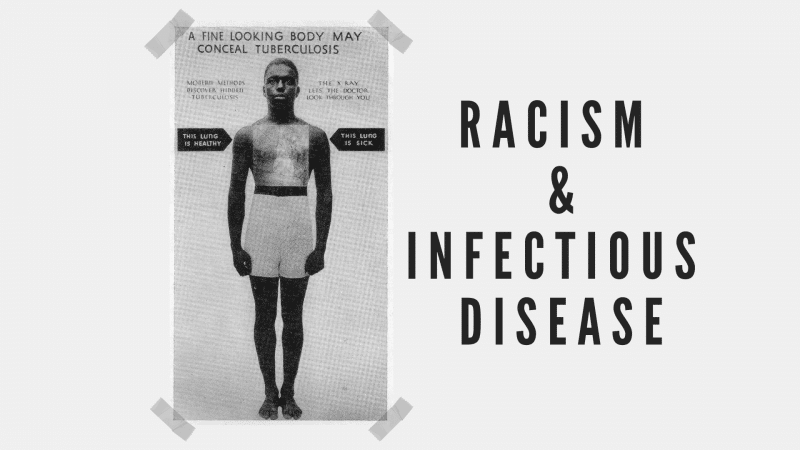 In a special seminar organized in conjunction with the 2020 Mellon Scholars Internship program at the Library Company of Philadelphia, Dr. Deirdre Cooper Owens (Director of the Program in African American History, Library Company of Philadelphia), Dr. Richard M. Mizelle, Jr. (Associate Professor, University of Houston), and Dr. Samuel K. Roberts, Jr. (Associate Professor, Columbia University) will explore the history of racism in the diagnosis, treatment, and popular portrayals of infectious diseases. Situated in the context of the racial inequities in healthcare revealed by the COVID-19 pandemic, Racism & Infectious Disease will challenge participants to consider how urban political economies, modern public health systems, racial science, and a host of environmental factors have produced the racial health inequalities that we confront today.

The seminar will unfold in three sessions. The first session, which coincides with the Mellon Scholars Internship program, will frame the historical roots of racism and pandemics through a panel discussion between Dr. Owens, Mizelle, and Roberts and the Mellon Interns. In the second session, Dr. Mizelle will discuss his latest research on resiliency and diabetes in the aftermath of Hurricane Katrina in order to outline how broader environmental conditions shape diagnoses and self-treatment plans. Finally, Dr. Roberts will delve into the cholera epidemics to consider how urban political economy and racial sciences produce devastating health inequities.

Deirdre Cooper Owens is the Director of the Program in African American History at the Library Company of Philadelphia and The Charles and Linda Wilson Professor in the History of Medicine and Director of the Humanities in Medicine program. She is also an Organization of American Historians’ (OAH) Distinguished Lecturer. A popular public speaker, she has published essays, book chapters, and blog pieces on a number of issues that concern African American experiences. Her first book, Medical Bondage: Race, Gender and the Origins of American Gynecology (UGA Press, 2017) won the 2018 Darlene Clark Hine Book Award from the OAH as the best book written in African American women’s and gender history.

Richard McKinley Mizelle, Jr. is Associate Professor of History at the University of Houston. He is also Director of Graduate Studies in the Department of History. His research focuses on historical understandings of health and healthcare politics, medical citizenship, environmentalism and health, medical technology, race, gender, and ethnicity in medicine, and the transformation of disease identity. Mizelle is the author of Backwater Blues: The Mississippi Flood of 1927 in the African American Imagination published by the University of Minnesota Press in 2014 and co-editor of Resilience and Opportunity: Lessons from the U.S. Gulf Coast after Katrina and Rita published by the Brookings Institution Press in 2011.

Samuel Kelton Roberts, Jr. is Associate Professor of History (Columbia University Graduate School of Arts and Sciences), Sociomedical Sciences (Mailman School of Public Health, Columbia University), and African-American Studies, and is a former Director of Columbia University’s Institute for Research in African-American Studies (IRAAS). Roberts is a co-founder of the National Black Harm Reduction Network and serves on the boards of the Alliance of Families for Justice and the Legal Action Center. In 2013-14, Dr. Roberts served as the Policy Director of Columbia University’s Justice Initiative, where he coordinated the efforts of several partners to bring attention to the issue of aging and the growing incarcerated elderly population. In 2013-14, Dr. Roberts was the Policy Director of Columbia University’s newly inaugurated Justice Initiative (now the Columbia University Center for Justice) and was the editor of the Center’s first research publication Aging in Prison: Reducing Elder Incarceration and Promoting Public Safety (2015). At Columbia, he leads the Research Cluster for Historical Study of Race, Inequality, and Health. Roberts also is the host of the public health and justice podcast, PDIS: People Doing Interesting Stuff, and currently is writing a book tentatively titled “To Enter a Society Which Doesn’t Want Them”: Race, Recovery, and America’s Misadventures in Drug Policy. He tweets from @SamuelKRoberts.

Ghost River in the Making

This seminar explored how Philadelphia women used their homes–and the things in those domestic spaces–to create revolutionary fervor and shape founding era politics from the mid-1760s through the 1790s.

Using 19th century advertisements, photos, packaging, and broadsides from the Library Company of Philadelphia’s rich collections, co-owners of The Franklin Fountain Eric Berley and Ryan Berley and head chocolatier of Shane Confectionery Kevin Paschall will explore the written and visual culture of the eighteenth- and nineteenth-century trades of confectionary, chocolate, and ice cream.

Led by Erika Piola, Director of the Visual Culture Program and  Sarah Weatherwax, Curator of Print and Photographs, Library Company of Philadelphia

The Print and Photograph Department at the Library Company of Philadelphia holds one of the few public historical, American popular graphic arts collections in the country. With a focus on the visual history of Philadelphia from the era of the early nation through post-World War II, the graphic materials chronicle the evolution of the city and the story of their creators, collectors, and distributors like few others.

Franklin’s ideas about immigrants and immigration evolved as his career moved from being a colonial leader in Philadelphia to a citizen of the world. Dr. Carla Mulford, a leading scholar on Franklin, curated records that reveal Franklin’s shifting views on immigration, demographics, economics, and the environment. Drawing upon documents from Franklin’s time in Philadelphia, London, and Passy, participants traced how local circumstances shaped Franklin’s early thinking and how later experiences encouraged him to fashion a more global vision about immigration problems, goals, and strategies.