Join us for the Library Company of Philadelphia’s 289th “Virtual” Annual Dinner on Monday, November 9, 2020

For almost 300 years, the Library Company has hosted an Annual Dinner to celebrate its shareholders and the importance of our learning community. This year will be a unique celebration because of the issues caused by the current pandemic, COVD-19. Just as our institution has survived throughout the centuries, we will show our resilience through our virtual celebration – an evening that will remind us of our core mission: the celebration of scholarship, the excitement of education, and the importance of learning together as a community. Bring wine and snacks as you mingle with your Library Company friends and family and continue this legacy virtually in the comfort of your own home.

The evening begins at 5:30pm with an optional reception via Zoom. Room assignments can be requested or assigned much like table assignments at our annual in-person event.

We will begin the evening with a toast from Michael J. Barsanti, Ph.D. our Edwin Wolf 2nd Director in honor of the accomplishments of the scholars and fellows who bring the stories hidden in our collections to thousands of historians and students through their publications. We will also recognize the expertise and scholarship provided by our own Library Company staff and their milestones. Below are the staff milestones that we will celebrate on November 9, 2020. 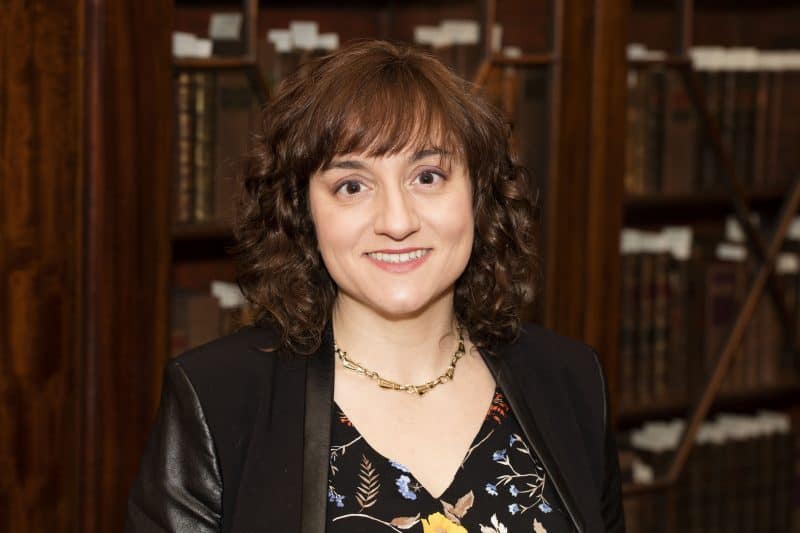 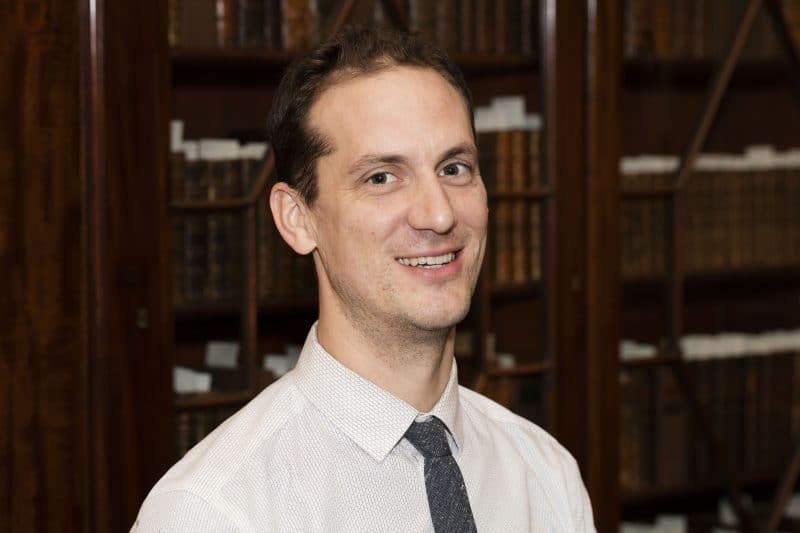 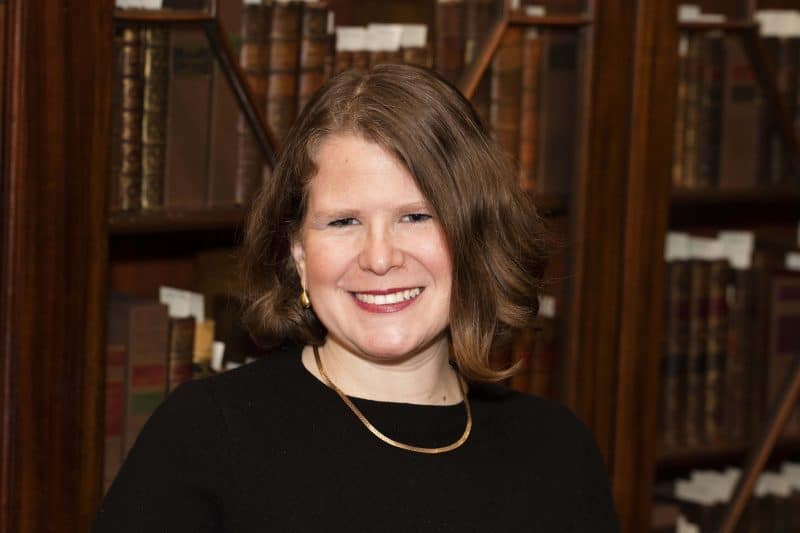 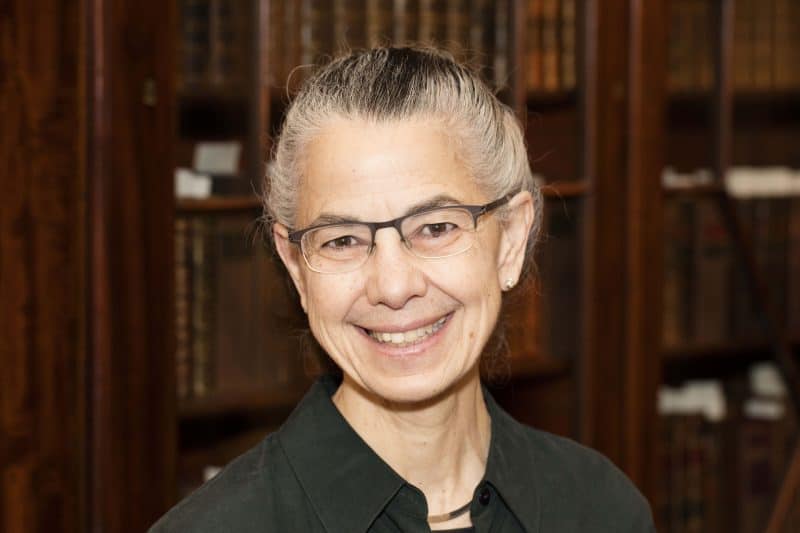 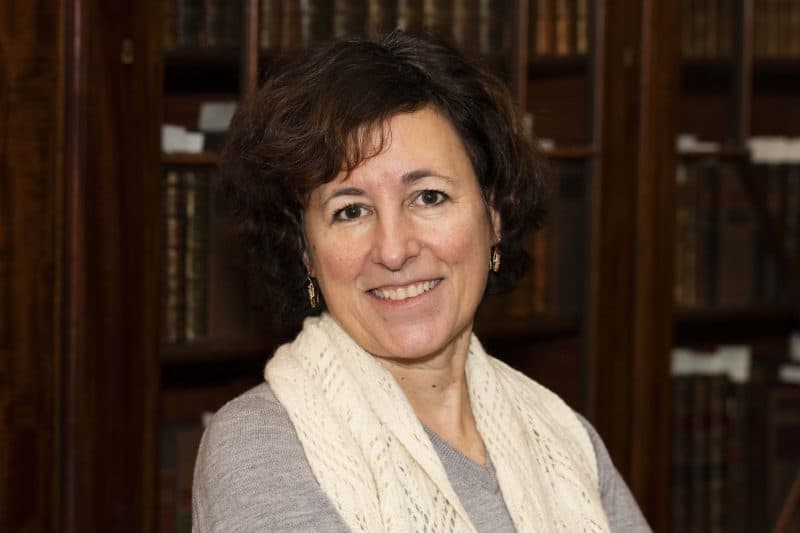 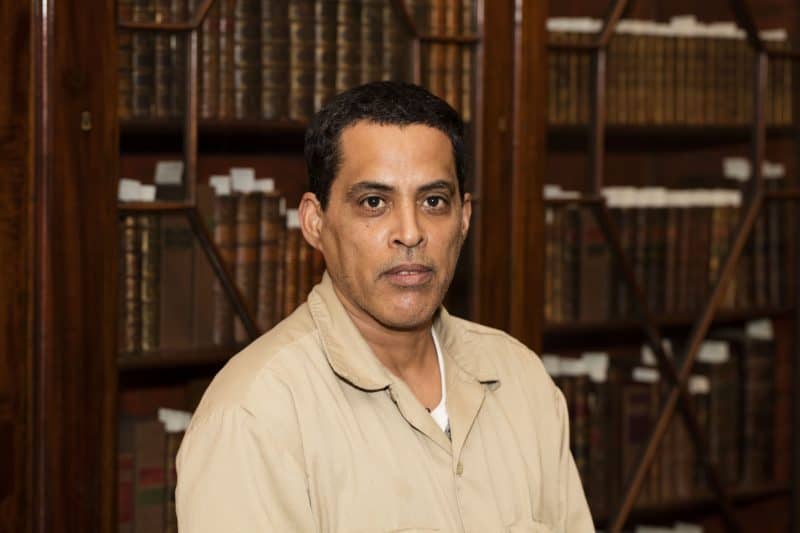 Peter A. Benoliel and Willo Carey 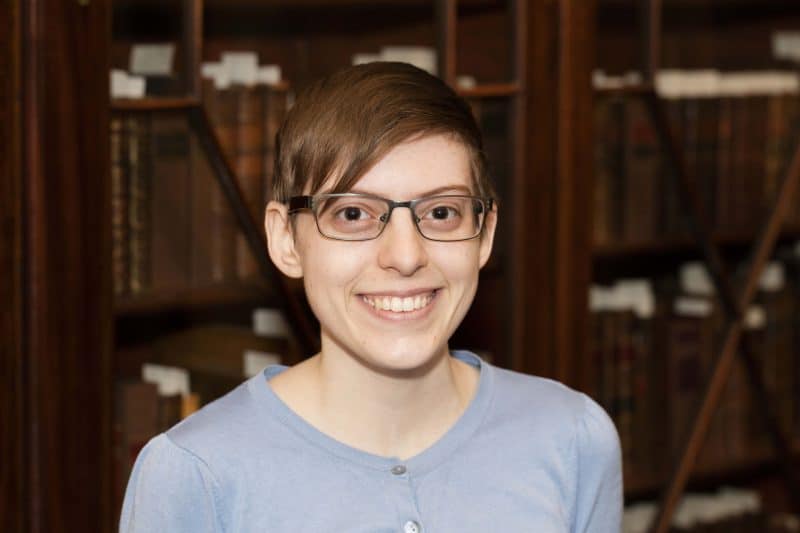 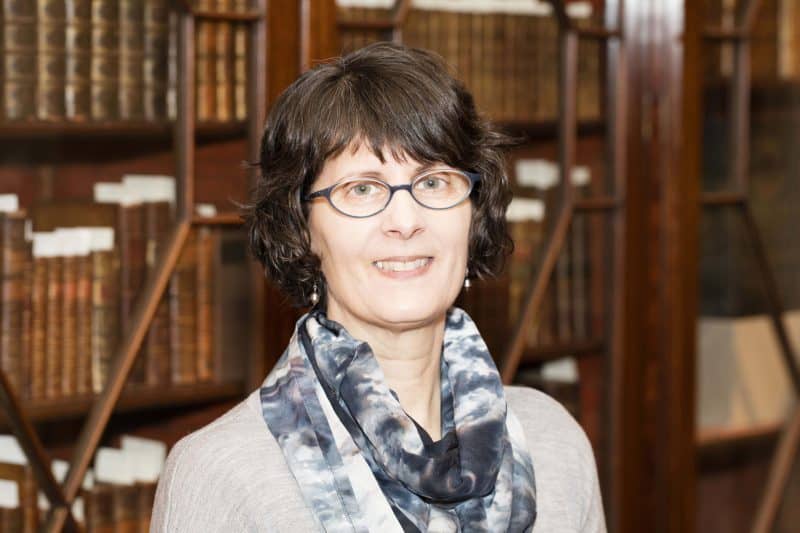 Lois G. and Julian A. Brodsky

The President of the Library Company and Partner of Brookman, Rosenberg, Brown and Sandler, Howell K. Rosenberg will introduce the speaker and guest of honor, Rick Atkinson. We will then enjoy a lecture and talk by Rick Atkinson, Pulitzer Prize-Winning Author, Former Reporter, Foreign Correspondent, and Senior Editor for more than two decades at the Washington Post. He will discuss his newly released book, The British Are Coming: The War for America. An interactive question and answer session will follow.

At the Virtual 289th Annual Dinner, the Library Company will announce the Library Company’s 2020 First Book Award. We will recognize a recent first book published by an early-career scholar that makes a significant contribution to early American studies using the book, graphic arts, or art & artifacts collections at the Library Company of Philadelphia. Measures of significance include excellence and contribution to field(s) of study; integration of Library Company collections; application of interdisciplinary theories or methodologies; and engagement with broader social issues. Proposals will be evaluated by a committee of leaders in higher education, research libraries, and cultural heritage institutions. Click here for more information about the 2020 First Book Award.

This award is made possible by the generosity of our sponsor Maria M. Thompson.

Sponsorship opportunities are still available and are a wonderful way for individuals and corporations to support many of the public events, programs and services of the Library Company.

Additionally, sponsorship supports our fellowship program which has reached over 1,000 scholars (many of whom are educators in colleges and universities throughout the country) who are reaching thousands of college students annually.  Among the many benefits of sponsorship is the opportunity to tap into the loyalty of over 1,000 households who receive invitations, close to 5,000 constituents who receive the e-newsletter, and over 300,000 people who visit our website.

For more information on sponsorship packages and ticket levels, please click the button below. For inquiries on sponsorship and opportunities to support the 289th Annual Dinner, please contact Raechel Hammer, Chief Development Officer at (215) 546-3181 or via email at rhammer@librarycompany.org. 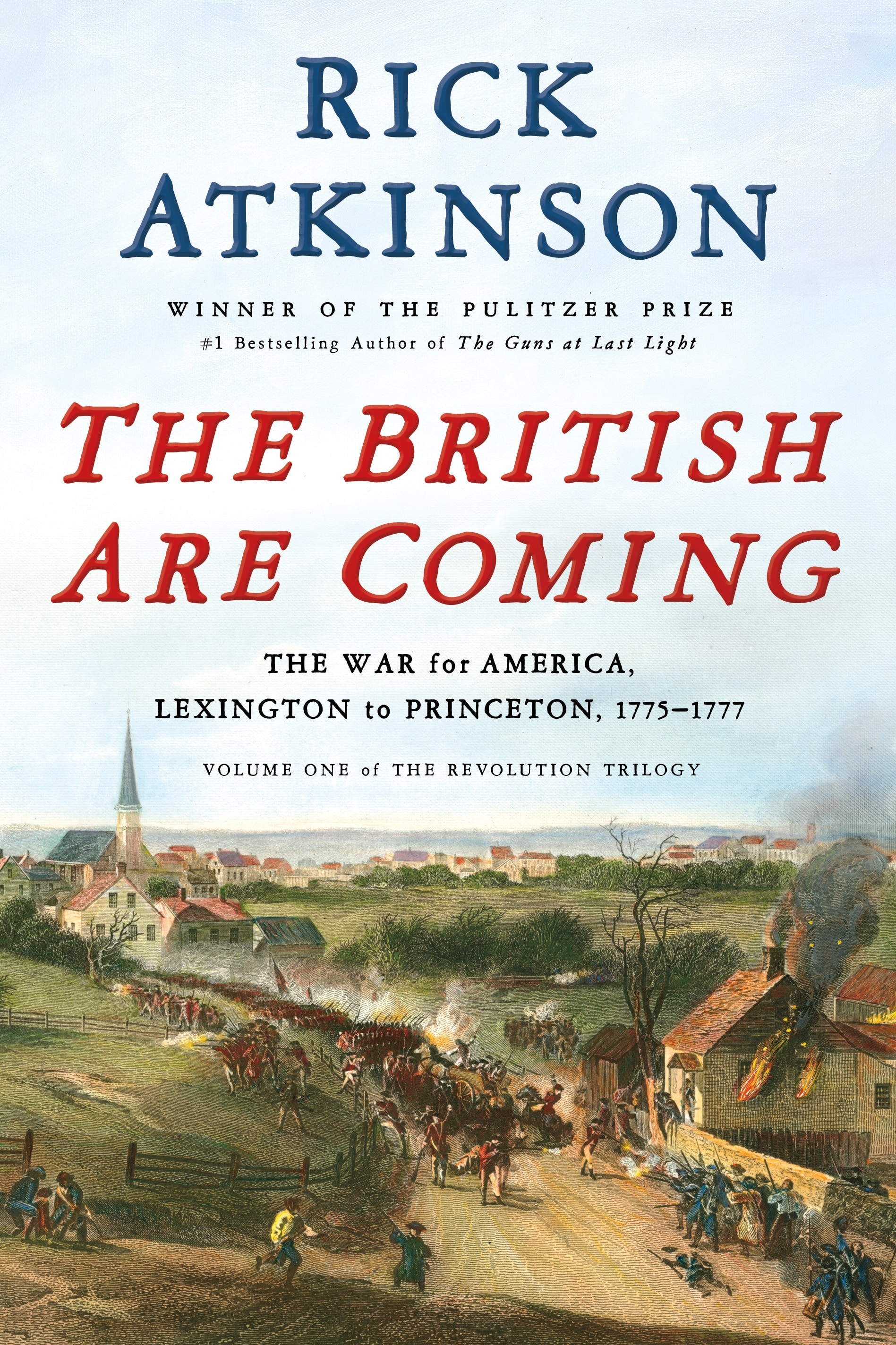 THE BRITISH ARE COMING
The War for America, Lexington to Princeton, 1775-1777
VOLUME ONE OF THE REVOLUTION TRILOGY

Rick Atkinson, author of the Pulitzer Prize-winning An Army at Dawn and two other superb books about World War II, has long been admired for his deeply researched, stunningly vivid narrative histories. Now he turns his attention to a new war, and in the initial volume of the Revolution Trilogy he recounts the first twenty-one months of America’s violent war for independence.

From the battles at Lexington and Concord in spring 1775 to those at Trenton and Princeton in winter 1777, American militiamen and then the ragged Continental Army take on the world’s most formidable fighting force. It is a gripping saga alive with astonishing characters: Henry Knox, the former bookseller with an uncanny understanding of artillery; Nathanael Greene, the blue-eyed bumpkin who becomes a brilliant battle captain; Benjamin Franklin, the self-made man who proves to be the wiliest of diplomats; George Washington, the commander in chief who learns the difficult art of leadership when the war seems all but lost. The story is also told from the British perspective, making the mortal conflict between the redcoats and the rebels all the more compelling.

Full of riveting details and untold stories, The British Are Coming is a tale of heroes and knaves, of sacrifice and blunder, of redemption and profound suffering. Rick Atkinson has given stirring new life to the first act of our country’s creation drama. 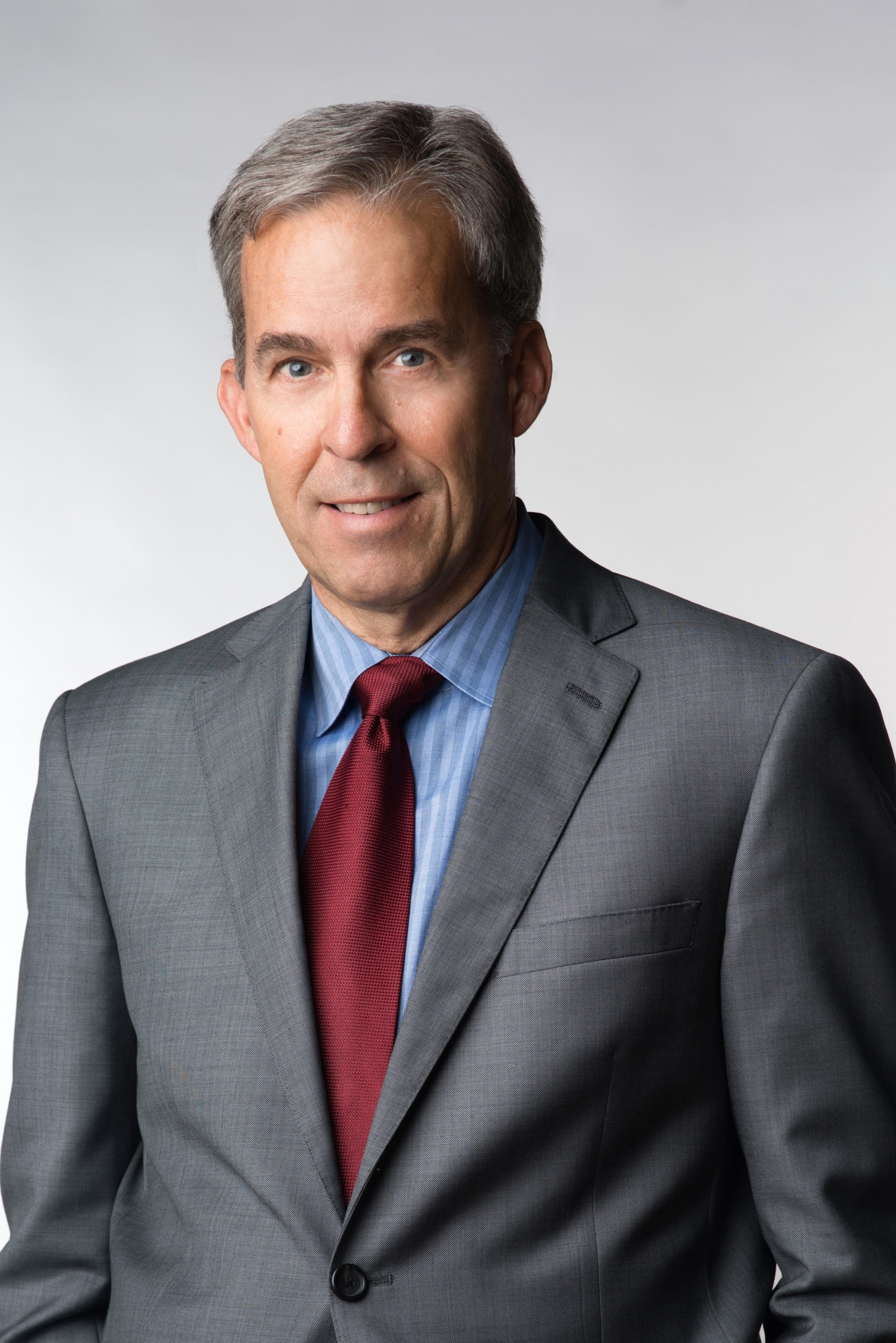 Rick Atkinson is author of The British Are Coming: The War for America, Lexington to Princeton, 1775-1777, the first volume of his intended Revolution Trilogy, a history of the American rebellion through 1783.
He is also the author of the Liberation Trilogy, a narrative history of the liberation of Europe in World War II. The first volume, An Army at Dawn: The War in North Africa, 1942-1943, received the Pulitzer Prize and was acclaimed by the Wall Street Journal as “the best World War II battle narrative since Cornelius Ryan’s classics, The Longest Day and A Bridge Too Far.” The second volume, The Day of Battle: The War in Sicily and Italy, 1943-1944, drew praise from the New York Times as “a triumph of narrative history, elegantly written…and rooted in the sight and sounds of battle.” The final volume of the Liberation Trilogy, The Guns at Last Light: The War in Western Europe, 1944-1945, published in May 2013, ranked #1 on the New York Times bestseller list. The Wall Street Journal called it “a magnificent book,” and the New York Times Book Review described it as “a tapestry of fabulous richness and complexity…The Liberation Trilogy is a monumental achievement.”

Atkinson is also the best-selling author of The Long Gray Line, a narrative saga about the West Point class of 1966, and Crusade, a narrative history of the Persian Gulf War. He also wrote In the Company of Soldiers, an account of his time with General David H. Petraeus and the 101st Airborne Division during the invasion of Iraq in 2003; the New York Times Book Review called the book “the most intimate, vivid, and well-informed account yet published” about that war, and Newsweek cited it as one of the ten best books of 2004. He is the lead essayist in Where Valor Rests: Arlington National Cemetery, published by National Geographic in 2007.

Atkinson’s awards include the 2003 Pulitzer Prize for history; the 1982 Pulitzer Prize for national reporting; and the 1999 Pulitzer Prize for public service, awarded to the Washington Post for investigative articles directed and edited by Atkinson on shootings by District of Columbia police officers. He is winner of the 1989 George Polk Award for national reporting, the 2003 Society for Military History Distinguished Book Award, the 2007 Gerald R. Ford Award for Distinguished Reporting on National Defense, the 2010 Pritzker Military Library Literature Award for Lifetime Achievement in Military Writing, the 2013 New York Military Affairs Symposium award for lifetime achievement, and the 2014 Samuel Eliot Morison Prize for lifetime achievement from the Society for Military History. In December 2015 he received the Peggy V. Helmerich Distinguished Author Award, previously given to Saul Bellow, Toni Morrison, and David McCullough. Atkinson has served as the Gen. Omar N. Bradley Chair of Strategic Leadership at the U.S. Army War College, where he remains an adjunct faculty member. He is a Presidential Counselor at the National World War II Museum in New Orleans, a member of the Society of American Historians, and an inductee in the Academy of Achievement, for which he also serves as a board member. He serves on the governing commission of the National Portrait Gallery.

Atkinson worked as a reporter, foreign correspondent, and senior editor for two decades at the Washington Post. His last assignments were covering the 101st Airborne during the invasion of Iraq in 2003, and writing about roadside bombs in Iraq and Afghanistan in 2007. Previously he served as the assistant managing editor for investigations. Atkinson’s journalism career began at the Pittsburg (Kansas) Morning Sun in 1976; in 1977, he moved to the Kansas City Times, before going to the Washington Post in 1983. Among other assignments, he served as the Post’s Berlin bureau chief, covering not only Germany and NATO, but also spending considerable time in Somalia and Bosnia.

Born in Munich, Germany, Atkinson is the son of a U.S. Army officer and grew up on military posts. He holds a bachelor of arts degree from East Carolina University and a master of arts degree in English literature from the University of Chicago. He and his wife, Dr. Jane Chestnut Atkinson of Lawrence, Kansas, a researcher and clinician at the National Institutes of Health, live in the District of Columbia. They have two grown children, Rush, a criminal trial attorney for the Justice Department, and Sarah, a physician and colorectal surgery fellow at the University of Toronto.