CFP: William Birch and the Complexities of American Visual Culture 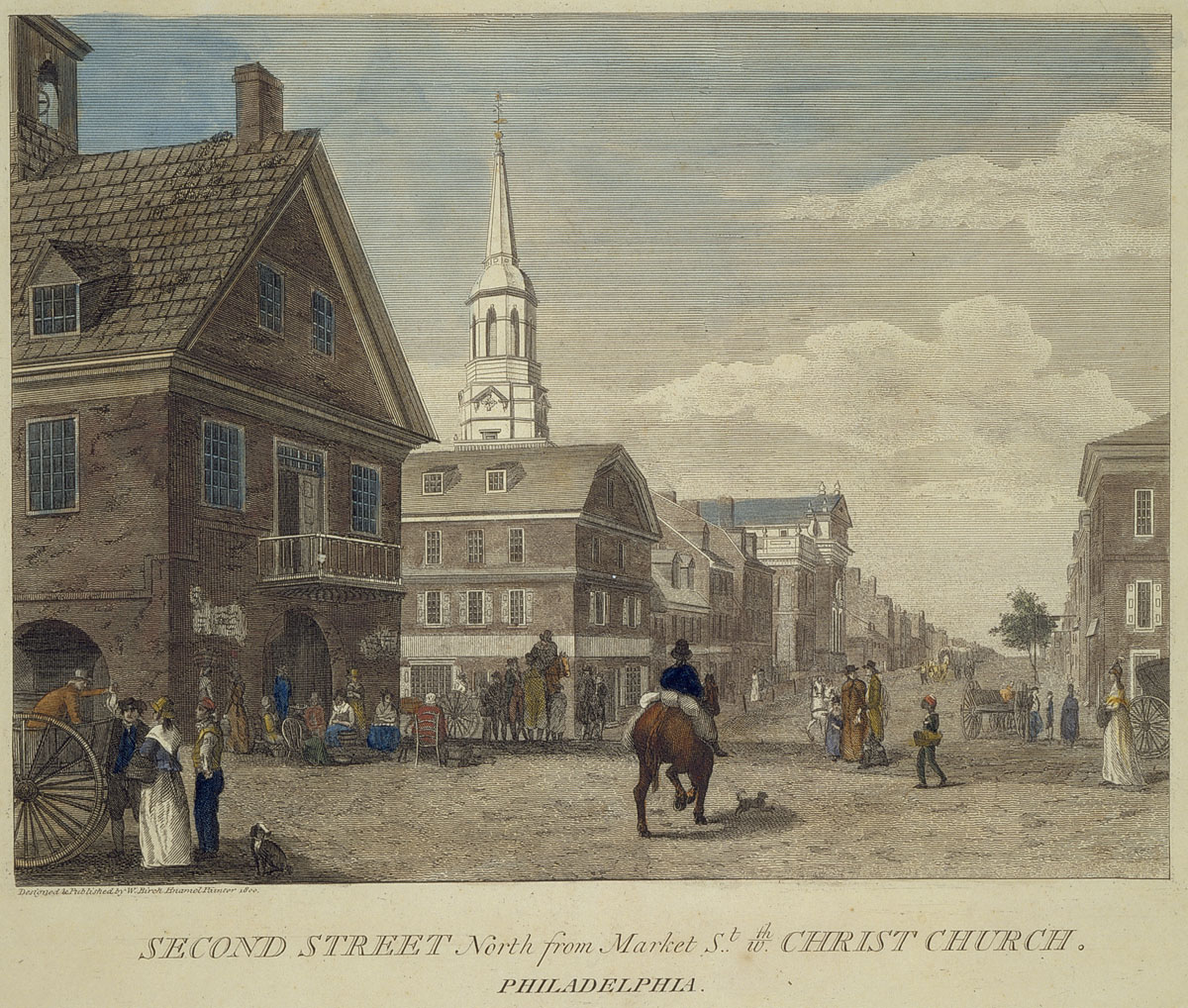 “This country is new and flourishing. The mechanical arts are at their highest pitch, but the fine arts are of another complexion. They are the last polish of a refined nation… From an insignificant conceit of merit we have generally no knowledge of or feeling for, our imitations of nature, however beautiful, are mechanical altogether. But [these limitations] may be considered as the first lesson necessary for the fine arts… I do not profess myself a member of the fine arts; I am a copyist only, but from my knowledge of them [I] have been allowed judgment and taste, which is competent to give me a relish for them …” –William Birch

In celebration of the tenth anniversary of the establishment of the Visual Culture Program at the Library Company of Philadelphia (VCP), a one-day symposium on Friday, October 5, 2018 will explore the visual, cultural, and social themes elicited from the work of Philadelphia artist William Russell Birch (1755-1834). Inspired by the Library Company’s 2018 exhibition about Birch and his art, the symposium aims to promote discussions that reflect broadly on the continual resonance in American visual culture of the work of this premier enamel miniaturist, aspiring gentleman, and artist of the first American viewbooks.

While British-born Birch’s Views of Philadelphia (1798-1800) was enormously successful, his second, smaller plate book, The Country Seats of the United States (1808), in essence failed. Yet both, promoted through subscription, remain cornerstones of Philadelphia iconography and American visual culture and its complexities. Birch’s body of work includes some of the earliest American visual records of the new nation’s preeminent city as well as expressions of picturesque landscape crucial to 19th-century American makers of art. At the same time, his work evinces political and cultural propaganda, aesthetics of the ordinary and the everyday, and innovation in design.

We invite proposals that will foster broad and interdisciplinary discussions about the aesthetic, political, social, cultural, economic, material, and technological themes in Birch’s art, in his own time and in the two centuries that followed. We will ask: What can be learned from works conceived and executed by a non-native artist parallel to constantly (and infinitely) evolving fields and definitions of art, and means of art production, distribution, and appreciation? Submissions from a wide range of scholars, practitioners, and specialists are encouraged. We seek proposals from art historians, historians, artists,* curators, conservators, emerging scholars, and other voices within the humanities, arts, and cultural communities.

Proposals should include a 300-word abstract and two-page CV or resume.

*Artists are also welcome to submit abstracts or artist’s statements about their own original works of art to complement or in place of traditional works of scholarship and research.

Please email your proposals with the subject line “Birch 2018” as word or pdf documents to birch2018@librarycompany.org. Submissions should be received by Monday, January 15. Selected participants will be notified via email by early March 2018.