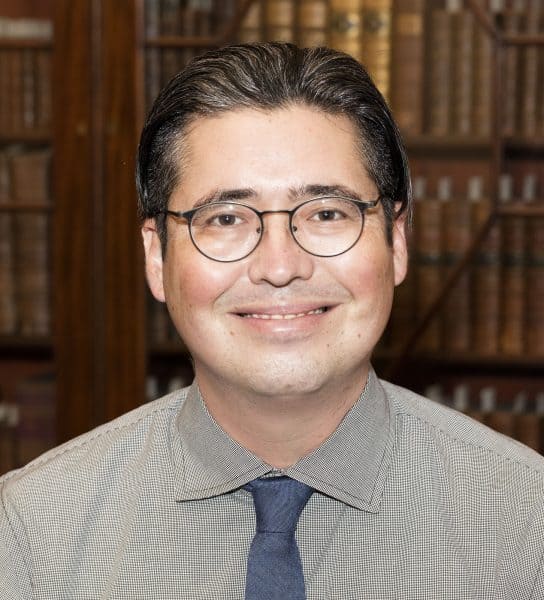 I was awestruck when I first came to the Library Company as a graduate student in summer 2012, in part because I had little experience at that time working with rare books and manuscripts. Without question, the Library Company has fundamentally transformed my research from something done in insolation to a social activity that depends on community and collaboration. I was incredibly fortunate to spend a year in residence as the 2013-2014 Andrew W. Mellon Fellow in Early American Literature and Material Texts (EALMT, for short). Every summer, between 2012 and 2015, I had the privilege of participating in the EALMT summer workshop, which was run by James Green and Michael Winship and attended by about a dozen graduate students and early career academics. These workshops assembled people to discuss and critique works-in-progress.

Thanks to a postdoctoral fellowship in Early American Economy and Society, I’ve spent the last three months working on a book about booksellers, the book trade, and the history of the book in colonial and nineteenth-century America. One label that describes what I do is “critical bibliography”—the careful examination of books as material artifacts with interesting lives of their own. I use the physical evidence in books to make inferences about how books functioned in society and how they were manufactured and disseminated. A place like the Library Company is a bibliographer’s paradise. I’ve spent hours examining the paper used to make a seventeenth-century book. On other occasions I’ve scoured books for marginalia left by historical readers. I feel like the Library Company is the place to visit if you want to find fascinating evidence in the smallest details: a torn page, an ink stain, a trace of reading. Bibliographers ask the question: how did this book come to be what it is today? You come to the Library Company to discover some of the answers to that question.

The Library Company has one of the most comprehensive holdings in early Americana anywhere. This place has cookbooks, dime novels, friendship albums, daguerreotypes, famous paintings, Revolutionary War broadsides, volumes of historical newspapers, and lots more. Another plus is that the Library Company’s location puts researchers within reach of the many resources at its various sister institutions, such as the Historical Society of Pennsylvania. But the best part is the people. You will make friends here.

A recipient of a Library Company 2017/2018 Program in Early American Economy and Society Post-Doctoral Fellowships, Dr. John Garcia is an Assistant Professor of English at California State University.

Triumphs and Defeats of Family Research