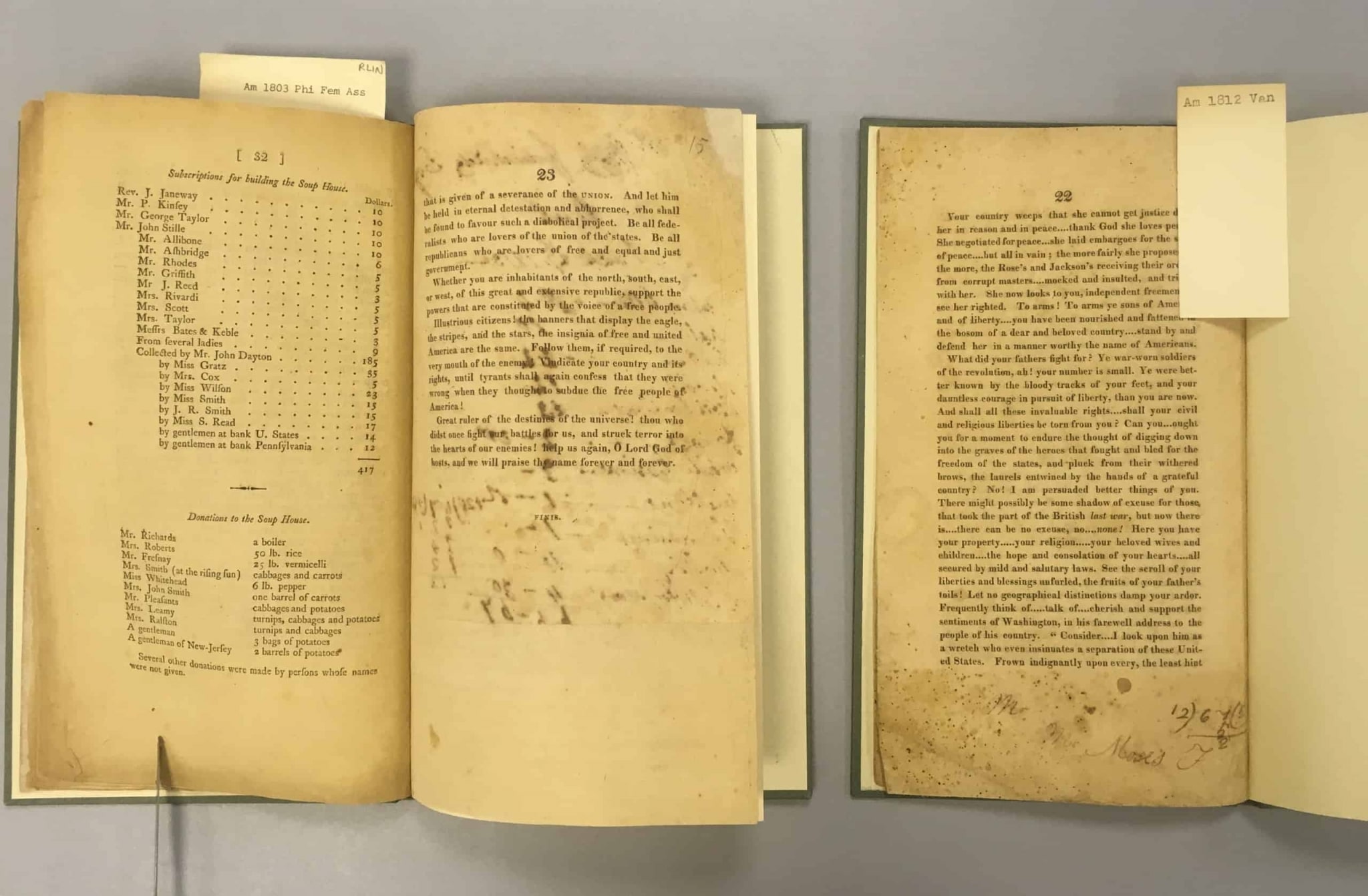 A sharp-eyed reader spotted something out of place at the back of a pamphlet titled “Constitution of the Female Association of Philadelphia, 1803.” The page number “23” following page number “32” was clear sign that something was amiss.

Connie King, Chief of Reference and Curator of Women’s History, took it upon herself to find the correct home for the errant leaf. A Google Books search on some key phrases revealed the title of the pamphlet from which the leaf had been separated.  A search in our WolfPAC catalogue indicated that a pamphlet with that title exists in our stacks. When Connie located it, lo and behold, the last page of a pamphlet titled “The Goodness of God” was missing.  She had found its proper home.

At the Library Company in the 1960s and 70s a large re-cataloguing project was undertaken to take apart compiled volumes of pamphlets in order to give each individual pamphlet its own catalogue record. As a result of this project, thousands of pamphlets in our collection were bound individually as slim paper-cased volumes. We in the Bindery don’t mind discarding these bindings because the paper that was used is acidic, and the rigid boards feel incongruous as a binding for the inherently floppy pamphlet.  We favor housing pamphlets in envelopes, preferably with the original paper wrappers left intact. The errant leaf was quickly rejoined with its mate by Conservator Andrea Krupp. Both pamphlets are now in archival envelopes where they will dwell forever after. The End.