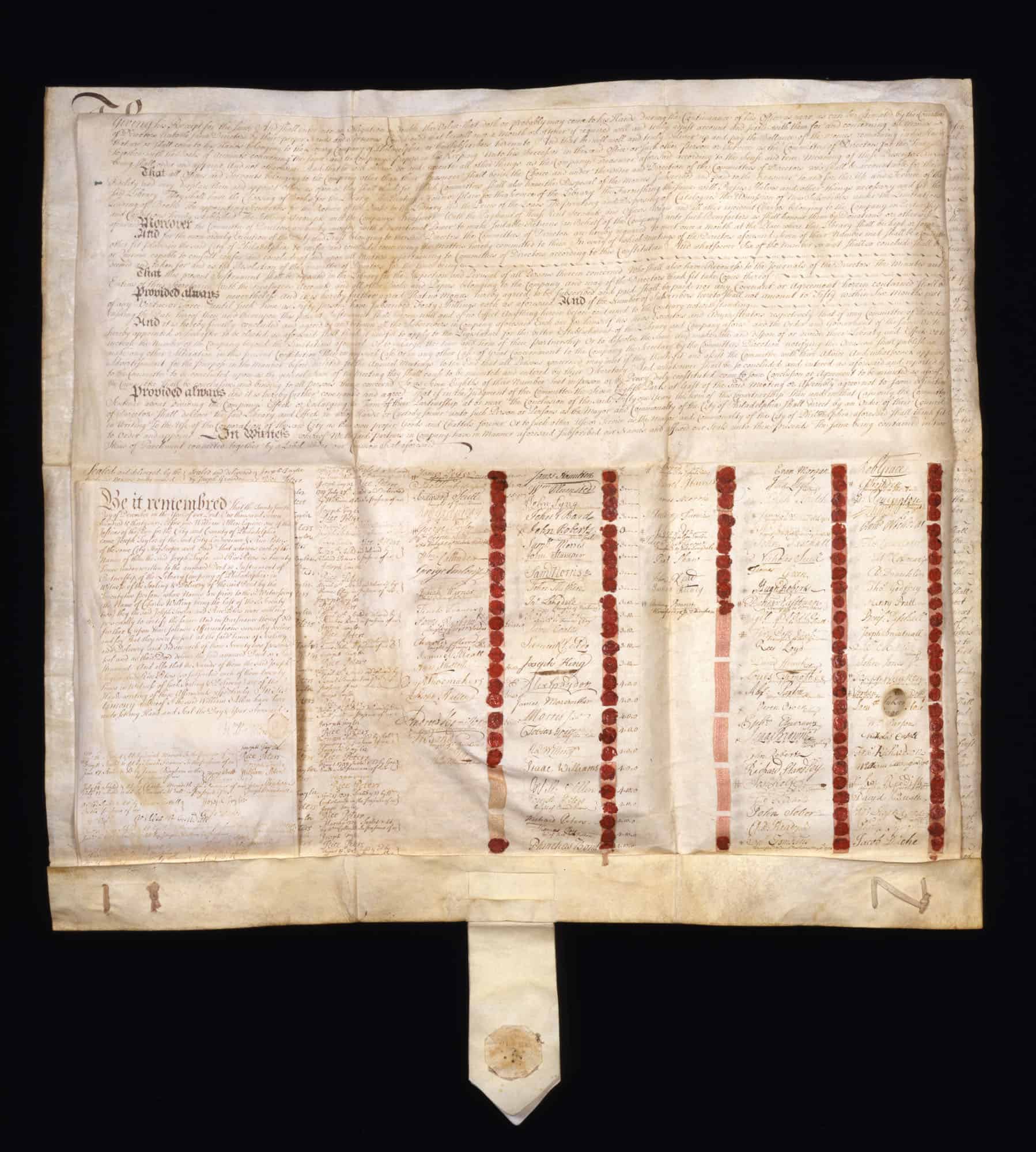 Imagine you’re hanging out with a group of friends at a bar, engaged in a conversation about a current topic. When half of your friends begin disagreeing with the other half over a point, what resources do you consult to settle the matter? Chances are everyone at your table has a smartphone, some may even refer to a podcast, or a few books or articles they’ve read recently.

In our current state of information-overload, it can be difficult to imagine a time when reliable resources were not so accessible.

In the autumn of 1727, Benjamin Franklin and eleven Philadelphian tradesmen formed the Junto, a club for civil discussion and mutual improvement. The Junto met weekly (at a bar!), with members taking turns introducing topics on morals, politics, natural philosophy, and other business of the day. When they foundered on a point, they longed for a printed authority to settle the divergence of opinion.

There were not many books in colonial Pennsylvania at the time, as they were expensive and difficult to obtain. Franklin and the members of the Junto viewed knowledge as necessary to the process of nation building, and resolved to pool their resources to start a communal library. They eventually secured the support of fifty shareholders in 1731, and the first order of books was sent to London on March 31, 1732. And so was born the Library Company of Philadelphia.

In our new Shareholder Spotlight series, we highlight the lives and contributions of the men and women who were instrumental in the creation and sustainability of the Library Company over the last 287 years.

To kick off this new series, we’re taking a look at the Library Company’s first shareholder: Mr. Robert Grace.

Grace was orphaned at an early age and raised by his grandmother, Constance, who was a widow. She married Hugh Lowden, who raised him in a house on Pewter Platter Alley, the future site of the first Library Company. Constance died in 1725 when Grace was 17, and he then inherited not only the house, but also a great deal of money. In 1741, he married a wealthy widow, Mrs. Rebecca Nutt, a close personal friend of Franklin.

Rebecca was the owner of a half interest in the Warwick Furnace Farms and the Forge at Coventry, both in Chester County, Pennsylvania. Her former mother-in-law, Anna Nutt, was the owner of the remaining half interest. After Rebecca’s marriage to Grace, the Warwick Furnace Farms and Coventry Forge were merged into a new company, Anna Nutt and Company, and Grace was appointed as manager. Soon after, the letter “G” was forged into the cannons made at the forge. After the revolutionary war, a cannon was discovered in a dig on Market Street, with the letter “G” forged in its trunnion, from the forge at Warwick.

Robert Grace died in 1766, but his importance lived on. Franklin spoke of him in his own will with gratitude and love. When Franklin was on his deathbed years after Grace had died he called for Rebecca, who was one of the last non-family members to see Franklin before his death.

The Library Company of Philadelphia would not be here today if not for our shareholders, past and present. By becoming a shareholder, you help to preserve our history and secure our future.