Are you feeling fatigued, or have aches and pains? Do you have nervous ailments, or have trouble breathing? Are you breaking out in a rash? Are you at death’s door? If so, try Swaim’s Panacea!

Actually don’t, unless you like slowly being poisoned by mercury.

Of the Library Company of Philadelphia’s many distinguished historic shareholders, William Swaim (1781-1846) may be one of our most infamous. He began his career as a bookbinder, but in the 1820s switched to patent medicine, where he saw a financial opportunity. Mr. Swaim decided to market a concoction made mostly of sarsaparilla (and a touch of mercury), to his great profit and detriment of his ailing customers.

By the time Mr. Swaim (and we want to emphasize that he is not a doctor) became a Library Company shareholder in 1829, he had already been discredited by the Philadelphia Medical Society. In spite of that, he continued to accumulate wealth from his fraudulent product. The public was swayed by saturated advertising in a time when the dissemination of true information was slow.

So in short, Mr. Swaim was a successful con man who loved books. 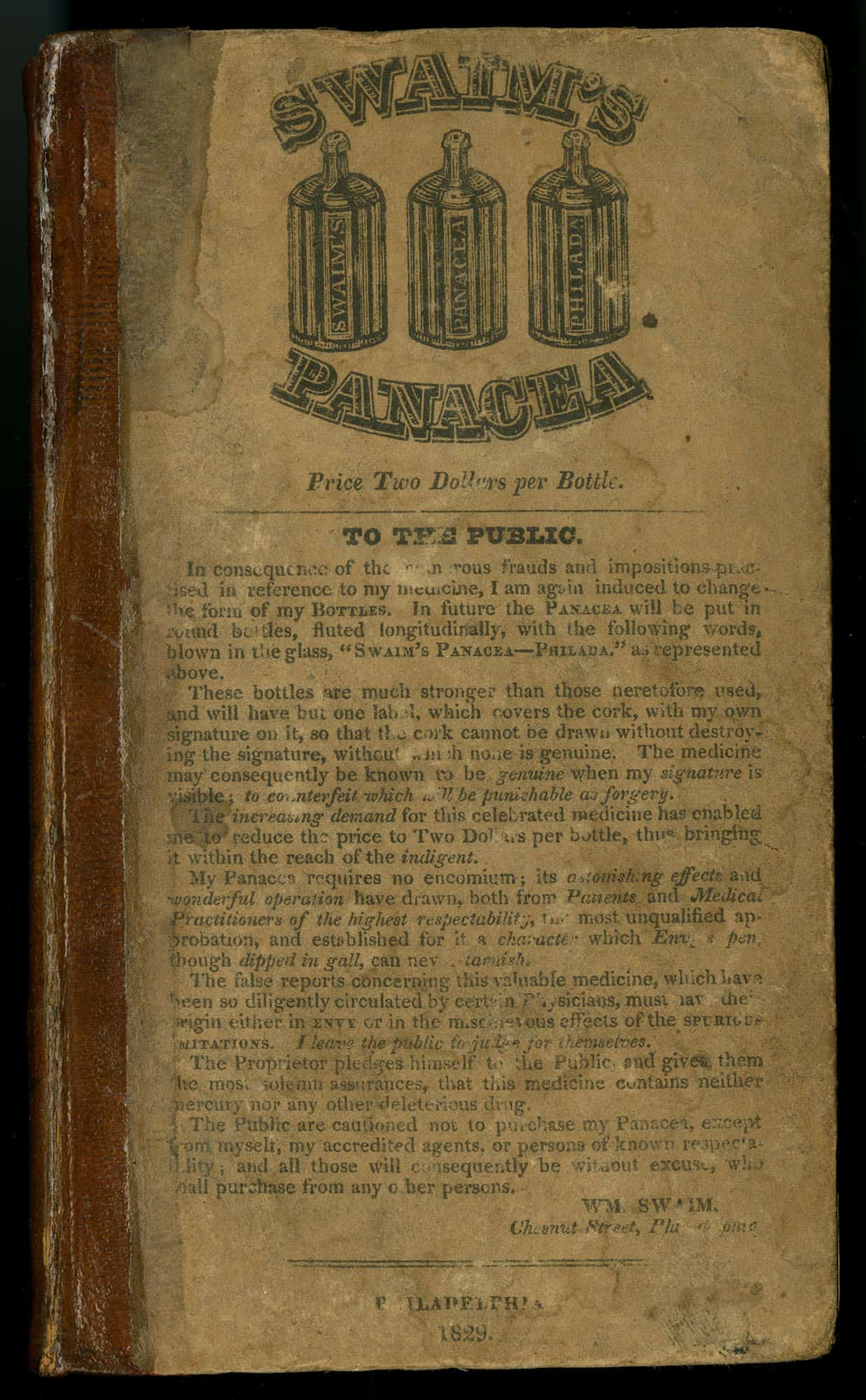 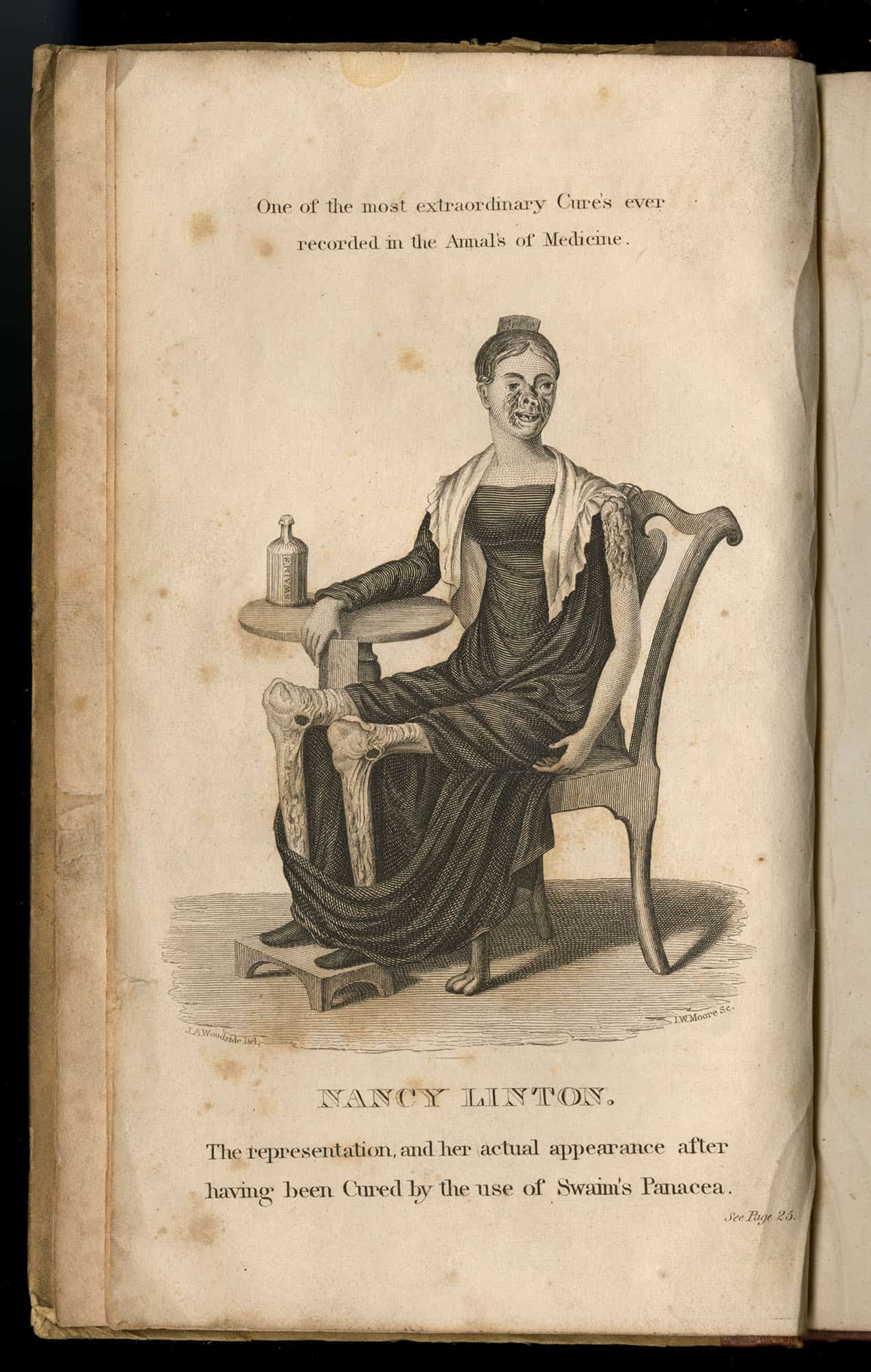