My time at the Library Company of Philadelphia 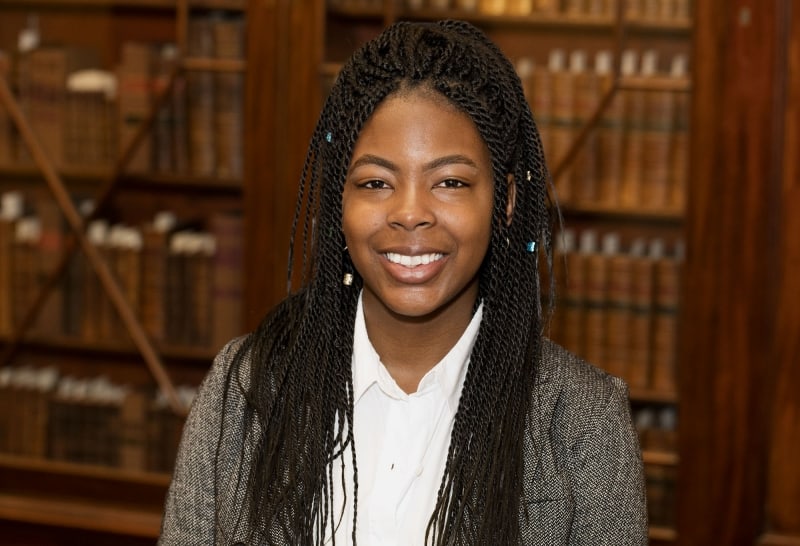 Hi, my name is Dominique Wilkerson. I am one of the three Mellon scholar interns that have been conducting research this summer at the Library Company of Philadelphia. I heard of the Library Company’s Mellon scholar internship program through the history department of the University of Wisconsin-Milwaukee, the school in which I attend. As an aspiring graduate student, I had been looking for a summer internship program in which would be conducive to my future plans of attaining a Ph.D. in History or African American studies. Therefore, when I received an email about this amazing opportunity I was beyond excited. I was thrilled about the opportunity to not only conduct research in a library but also to be in a program which focused on African American history and provided an environment in which I could grow as a historian as well as direct my path as a future graduate student.

The research I have done at the Library Company has only aided me in manifesting this goal. Being able to look at and hold physical history that is a part of the Library Company’s African Americana collection has been astounding. Currently, at the Library Company, I am engaged in research concerning Black woman’s travel of the 19th century. At the library, I have been able to comparatively study four travel narratives written by four very distinctive historical characters (Mary Prince, Nancy Prince, Mary Seacole, and Harriet Jacobs). These stories have been eye-opening for me and have really strengthened my interest in researching Black travel and mobility, especially in the 19th and 20th century.

These women’s stories have showcased their agency in navigating a world that attempted to disenfranchise the intersectionality of their identity. Being able to study the rhetorical strategies in which they used to write to a primarily white audience of the time has been very intriguing. Additionally, being able to bring their stories to the foreground of history and being able to reimagine the traveler/the adventurer as a Black woman has been inspiring to myself as a Black female traveler.

Moreover, my time at the Library Company of Philadelphia has really been revitalizing to me as a scholar. Being able to work alongside my fellow interns and professionals like Dr. Copper Owens and Jasmine Smith has provided me with an environment in which I grew and became more confident in myself and my plans. The support I have received and the community I have found in my time here has truly meant the world to me. I can honestly say this program has had a pivotal role in my research and in my future academic plans.

Through the Eyes of Black Women: Intersectionality, Sexual Violence, and Reproductive...