Cornelia King, Chief of Reference and Curator of Women’s History 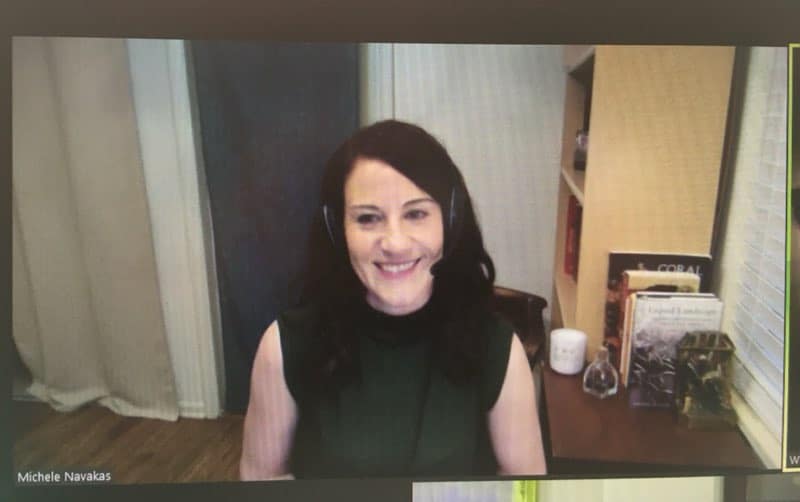 For our Women’s History Month lecture on March 25, Michele Navakas (a 2018 fellow at the Library Company) spoke about her research on the cultural and political history of coral in the early United States. This project grew out of her previous research on the settlement of Florida in the 18th and 19th centuries, the topic she explored in her 2018 book Liquid Landscape: https://www.upenn.edu/pennpress/book/15716.html

In 19th-century U.S. print culture, an enormous range of writers used coral as a metaphor for the political collective, including poet Lydia Sigourney, in her widely reprinted 1826 poem “The Coral Insect,” and Sarah Josepha Hale, in her 1834 poem, “The Coral Branch,” which was even set to music: http://www.michelenavakas.com/thecoralbranch

Yet, as a global commodity and essential part of marine ecology, coral also had many other cultural and political significances. As early as the 15th century, for example, Europeans exchanged coral for persons in West Africa, where coral beads served as currency. And, as Prof. Navakas has discovered, many U.S. writers also used coral as a metaphor for the coercive and exploitative labor underlying the romance of communal labor for the common good—while still others used reefs as metaphors for building a more equitable polity, as does Frances Ellen Watkins Harper in her Reconstruction-era poem “The Little Builders.”

We look forward to this important study when it appears in print.