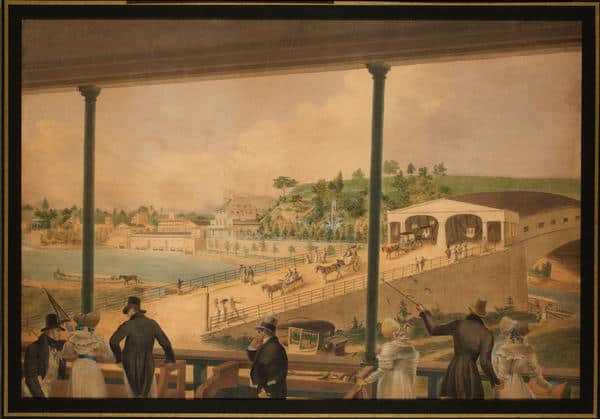 Imperfect History: Curating the Graphic Arts Collection at Benjamin Franklin’s Public Library, a two-year project funded by the Henry Luce Foundation and in commemoration of the fiftieth anniversary of the Graphic Arts Department, will explore the development of the Library’s graphics art collection as it relates to historical and cultural biases within American history. Imperfect History will frankly examine the prints, photographs, original works of art on paper, and other graphics that epitomize the evolution of a pivotal public library. 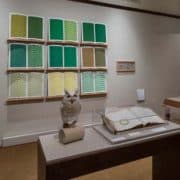 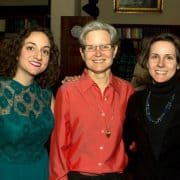 An artist project at The Library Company of Philadelphia, September 4 – October 10, 2014

Created by Philadelphia artist Teresa Jaynes, The Moon Reader is inspired by 19th-century primers for the blind in the Michael Zinman Collection of Printing for the Blind at The Library Company of Philadelphia. The multimedia installation, comprised of a set of books (in Braille and Moon) and an audio file, invites participants to learn to read Moon, a “lost” embossed writing system for the blind resembling hieroglyphics invented by blind educator William Moon in 1847. It will serve as a literal and figurative meeting place where the tactile experience is primary and accessible to almost everyone. The activity – deciphering, translating and finally reading – will be a serene act of discovery. The Moon Reader seeksto challenge participants’ ideas about visual culture, in ways that elicit curiosity, humor, and empathy and to expand their understandings of historical and contemporary connotations of sight. 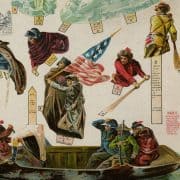 Remnants of Everyday Life: Historical Ephemera in the Workplace, Street, and Home (2013)

Remnants of Everyday Life: Historical Ephemera in the Workplace, Street, and Home highlights the Library Company’s vast collection of ephemera from the 18th to the early 20th century. With materials ranging from throw-away items to finely printed works, Remnants of Everyday Life considers the cultural impact of advancements in mass production technologies.

The exhibition addresses the evolution of the graphic design of ephemera; ephemera associated with women’s role in the home, such as scrapbooks; the changing nature of leisure activities and consumerism over the course of the 19th century; and the life-cycle of commercial ephemera between the workplace, street, and home.

The Library Company has been collecting ephemera since 1785, when it acquired the Pierre Eugène Du Simitière collection of Revolutionary War-era pamphlets and broadsides. Today it has one of the largest, most important, and most varied collections of early American ephemera in existence. In 2012, the Library Company completed a two-year project funded by the National Endowment of the Humanities to arrange, catalog, and selectively digitize nearly 30,000 pieces of 18th- and 19th-centry ephemera.

An outgrowth of this project, Remnants of Everyday Life, curated by Visual Culture Program co-Directors Rachel D’Agostino and Erika Piola, was on view from May 13, through December 13, 2013.

The exhibition and its accompanying programming are supported by funds from the Pennsylvania Council on the Arts and the Philadelphia Cultural Fund. 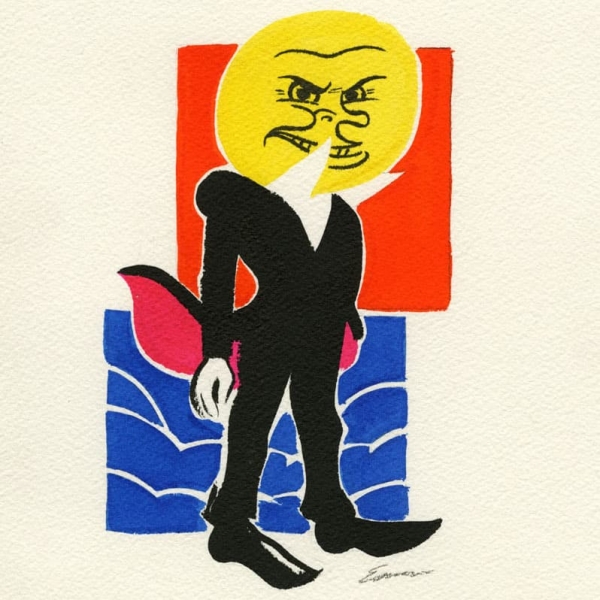 Artists find inspiration in daily life, actively seeking untapped resources close to home. The Library Company became such a resource when nine members of the Philadelphia Cartoonist Society discovered the Library’s vast ephemera collection for this exhibition.  Ephemera is a transient vehicle for creativity, often ignored or discarded quickly. There is a wealth of imagery; art which may not have been considered art when it was made. When collected, ephemeral materials represent a window into daily life through words and pictures, the chosen format for cartoonists, and an eclectic and colorful visual snapshot, often combining humor and nostalgia. 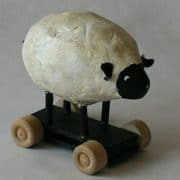 Play and make-believe shape the way children grow and learn as they become members of society. For centuries, play has taught youngsters skills that have helped them form the way they see the world and their place in it. Toys are the catalyst to this knowledge, in the sense that they are a tool for acting on a child’s need and desire to be a grown-up. In this collection of ten sculptures developed from my research in the Library Company’s collections, online, and at antique stores as the Visual Cultural Program summer intern, Artist in Residence Jesse Lentz represents popular toys from the period between 1850 and 1950. Each unique piece is based on one or a combination of different toys that existed during the decade represented, as well as the artist’s imagination. The individual sculptures, in materials and aesthetics, mirror the era of the toy that inspired them.

In collaboration with the Visual Culture Program, the Philadelphia International Airport unveiled “Life in Philadelphia: 1840s – 1930s” in an exhibition area between Terminals E and F. Curator Leah Douglas was drawn to the Library Company’s treasure trove of illustrations of daily life in the city as a way to introduce travelers to Philadelphia’s history and culture. The exhibition was made up of skillful reproductions of more than 70 broadsides, trade cards, postcards, and photographs in the Library Company’s collections, most from the Print and Photograph Department. Images selected by the Library Company’s Visual Culture Program co-Directors Erika Piola and Rachel D’Agostino provided glimpses into politics, industry, and life in Philadelphia’s neighborhoods over an almost 100-year span. 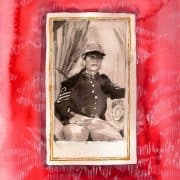 Artist at LCP: A Project With Jennifer Levonian (2011)

With funding from the The Pew Center for Arts & Heritage through the Heritage Philadelphia Program, the Library Company began a collaborative project with artist Jennifer Levonian. Over many months, Jennifer created a video animation inspired by the library’s collections. She chose to explore the topic of women who disguised themselves as men and fought as soldiers in the Civil War. Her video was a part of the library’s exhibition, John A. McAllister’s Civil War: The Philadelphia Home Front. 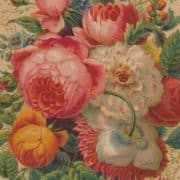 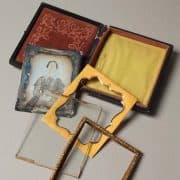 Introduced into America in the fall of 1839, shortly after its invention in France by Louis Daguerre, daguerreotyping quickly took hold in Philadelphia. The city had all the necessary components to successfully support daguerreotyping – a well-established scientific community that embraced the technological challenge, an artistic community that recognized the potential, and a population large enough to sustain a new profession. Until their gradual displacement by the more versatile paper photographs, daguerreotypes evolved in just twenty years from technological wonders produced by scientific experimenters to treasured personal objects produced in studios by operators who, at their best, combined technological expertise with artistic skill. Drawing on the Library Company’s strong collection of Philadelphia daguerreotypes (and significant examples on loan from other Philadelphia institutions), 19th-century books about daguerreotyping, studio advertisements, and other daguerreian ephemera, Catching a Shadow illuminates Philadelphia’s role as a vibrant center of daguerreotyping.