When women’s history was becoming recognized as a separate field of study in 1974, the Library Company mounted the full-scale exhibition Women, 1500-1900. The exhibition featured a dazzling array of items from the collections. Since then, the Library Company has continued to build on the existing strength through an active acquisitions program. Now more than ever, the collection includes literature for or about women in all stages of life; books and serials written or edited by women; and less formal genres such as friendship albums, diaries, and personal narratives that document the lived experience of women. Scholarship on the history of education, religion, household management, fashion, and particularly activism across a wide spectrum of reform movements necessarily focuses attention on women and their contributions. In fact, women’s history relates to almost all historical research.

The Library Company has a long history of women members and can document women’s use of the collection as early as 1742 from the Directors’ Minutes. Of particular note are three women who were associated with the Library Company in the 19th century: Phoebe Ridgway Rush (1799-1857), Mary Rebecca Darby Smith (1814-1886), and Anne Hampton Brewster (1819-1892). The personal libraries of these three women became part of the Library Company’s collections through separate bequests. In addition, many items in the collections contain evidence of women as former owners.

Since 2011, the Davida T. Deutsch Women’s History Acquisition Fund has made it possible to develop to the collections further. The Davida T. Deutsch Program in Women’s History endowment, given in honor of Mrs. Deutsch in 2013, supports various initiatives including:  offering research fellowships; identifying significant materials in the collections; providing in-depth cataloging; developing exhibitions and electronic resources; organizing public programs; and working directly with researchers, educators, and public historians. The textual and visual material in the Library Company’s collections range from important canonical works by women writers to minor advertising ephemera. Likewise the collections document extraordinary women who achieved celebrity as well as many now-unidentifiable women who used cookbooks, read novels, and followed fashions in women’s magazines. 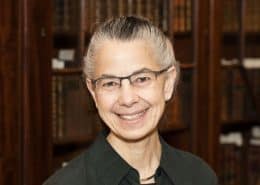 Chief of Reference and Curator of Women’s History