The first architectural books in America were builders’ guides containing construction plans and ornamental details for practicing artisans. Directly reprinted from or heavily influenced by people such as Peter Nicholson, who gave advice about practical carpentry, masonry, and stone-cutting, these early works borrowed a great deal from European authors and designers. Even Asher Benjamin, the first American architectural author, appropriated the work of Nicholson and others. By the mid 1840s house pattern books became more prevalent, finally eclipsing builders’ guides by the 1850s.

Works on the built environment reveal much about a nation’s boom and bust cycles, patterns of expansion, and shifting tastes. They record changes in preferred and available building materials, their prices, and labor costs. Architectural books also reflected and helped shape perceptions of building styles and the creation of new and more specialized kinds of buildings as the needs of populations grew and shifted. Architectural history, documented in craftsmen’s manuals and design books, can also often be found in related works on engineering (including theories of proper ventilation) and agriculture (instructions for building ice houses and out-buildings, for example).

Our collection includes many editions of builders’ manuals from the eighteenth and nineteenth century. We also have works on the proper design, erection, and maintenance of structures for specific uses in urban and rural areas, such as hotels, schoolhouses, homes, tenements, and farm buildings. Treatises on the philosophy of architecture – how one’s built environment reflected and affected its inhabitants – are also represented in the collection, and include works by Andrew Jackson Downing and others.

Books on art include those containing works of art themselves – elephant folio compilations of the printed engravings of William Hogarth, Giovanni Battista Piranesi and others. Nineteenth-century colorplate books encompassing natural history, industrial exhibitions, type specimens, scenes of daily life, and more, while not intended primarily as “art” books, certainly count as such today. We also have technical treatises ranging from highly-detailed eighteenth-century professionally-oriented works on linear perspective to nineteenth-century how-to books on the “ornamental arts,” offering drawing, painting, and needlework instruction for women of leisure. 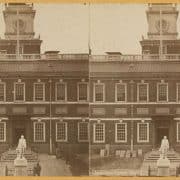 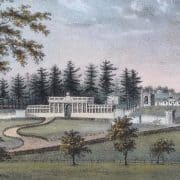 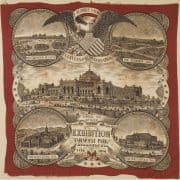 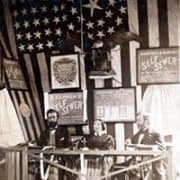 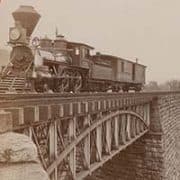 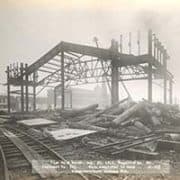 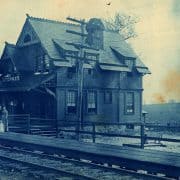