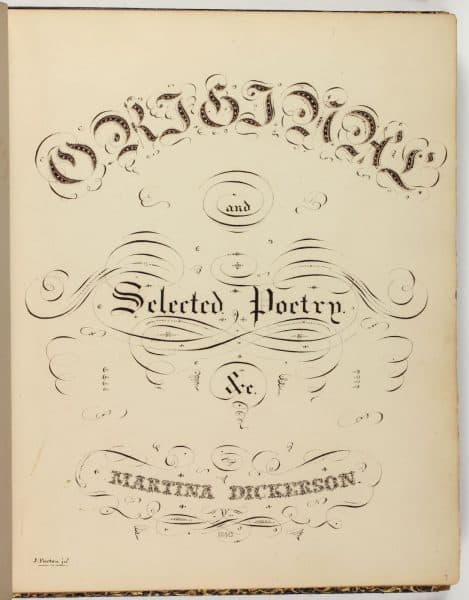 There are few insights into the lives of free wealthy African American women in antebellum Philadelphia as unique as those made possible by the Amy Matilda Cassey Friendship Album. A friendship album is similar to a scrapbook in that it contains a series of hand-crafted entries. The album itself would be passed to various friends for them to contribute to as they chose. This one in particular was owned by a member of the black elite in Philadelphia. The earliest dated entry in the album is from 1833 and the latest is from 1856.

One of the most essential aspects of the album is the social network that is depicted through the many contributions and names signed in it. It is a network made up of many abolitionists, both black and white, in Philadelphia and elsewhere. Many of the women represented connected through societies such as the interracial Philadelphia Female Anti-Slavery Society and the Female Literary Association for African American women.

The women who made up these networks were working against daily prejudice and increasing racial violence. These networks were one way of keeping themselves safe. Writing in one of these friendship albums was a sign of connection to these social circles, allowing them to obtain letters of introduction and places to stay when traveling for abolition conferences and lecturing opportunities. Though not commonly accepted, many of these women lectured to audiences of mixed race and gender. Sarah Mapps Douglass, for example, was a Cassey friend who contributed several paintings of flowers to the album and in later years went on to lecture on medicine and female hygiene. 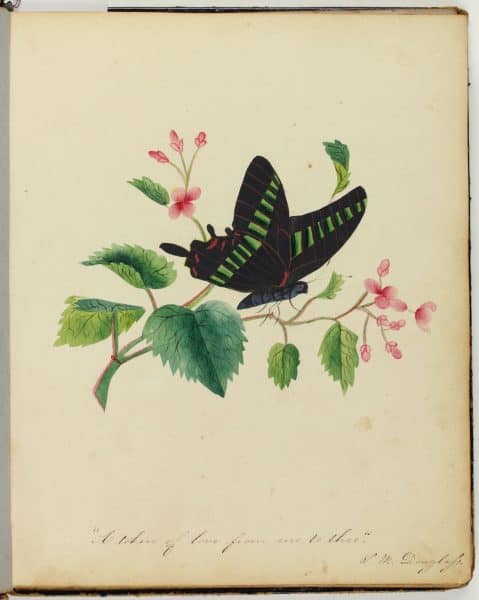 Sarah Mapps Douglass, A Token of Love from Me to Thee from the Amy Matilda Cassey Friendship Album (circa 1836). Watercolor and gouache.

The album allows us to see what was important to this particular group of people. An album such as this in the homes of white women would be largely sentimental, whereas Amy Cassey’s album is peppered with abolitionist essays and poems. On top of that, many pieces examine the elegant qualities that embody a good woman and wife. Other entries discuss friendship in terms of its value and sweetness. The album’s semi-public mode of communication would likely have influenced contributors as they composed chose their selections. Contributors would have had the opportunity to read previous entries and reply or consider them in their own entries, a kind of 19th-century Facebook comment thread.

The first entry in the album is a poem, probably by Amy Cassey, that reads:

‘Tis hoped, in gratitude alone,
You’ll add a tribute of your own,
And thus, with one choice piece at least
Enrich this mental pic-nic feast.

Tales from the Mystery Drawers, Part 1: The World of TomorrowPhilly-DH@Penn and The Collinson Book
Scroll to top