Perhaps as a distraction from yet another month of winter weather, turning the calendars to February focuses some of our thoughts on Valentine’s Day and romance. While we are all familiar with today’s ubiquitous visual records of weddings, I found myself wondering about love and marriage and photography in an earlier time period, and began looking through the Library Company’s collections with an eye to romance.
In the late 19th century marriage and courtship found their way into popular visual culture through comic stereographs like this one by Philadelphia photographer William Rau. The large umbrella undoubtedly hid the young couple’s furtive kissing. 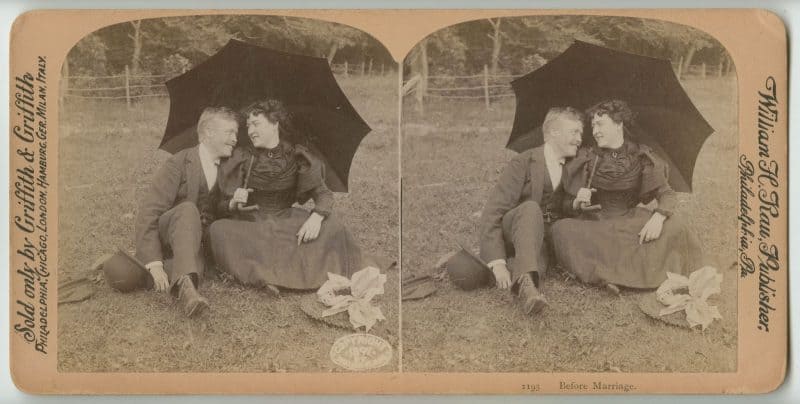 The interruption of clandestine romantic activities between courting couples or within (and even outside) a marriage was a recurring theme of comic stereographs. Rau, for example, also copyrighted a series of a dozen stereographs telling the story of Mr. and Mrs. Turtledove. When a new attractive French cook entered their household, romantic complications ensued. Mrs. Turtledove finds incriminating flour-covered handprints on Mr. Turtledove’s jacket and demands that he leave their home. The sheepish husband wins back his wife’s affections and replaces the good-looking young servant with a homely older woman. 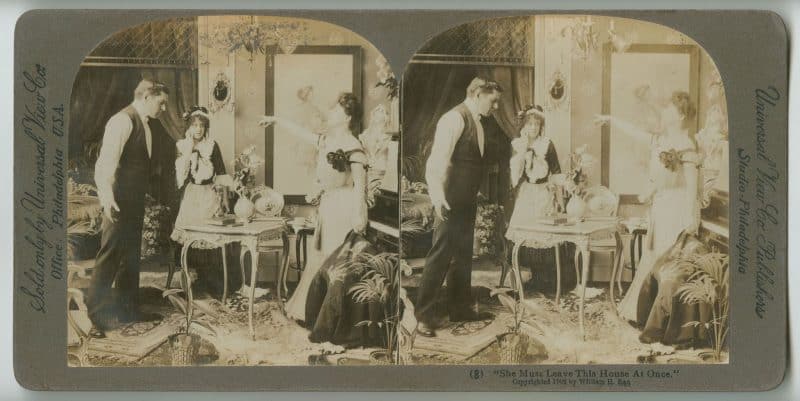 William Rau. “She Must Leave This House At Once,” albumen print stereograph, 1902. The Library Company of Philadelphia.

More respectful visual depictions of matrimony can also be found in the Library Company’s collections, including marriage certificates. A number contain photographs of the bride and groom, and in some cases, even the officiant presiding over the ceremony. 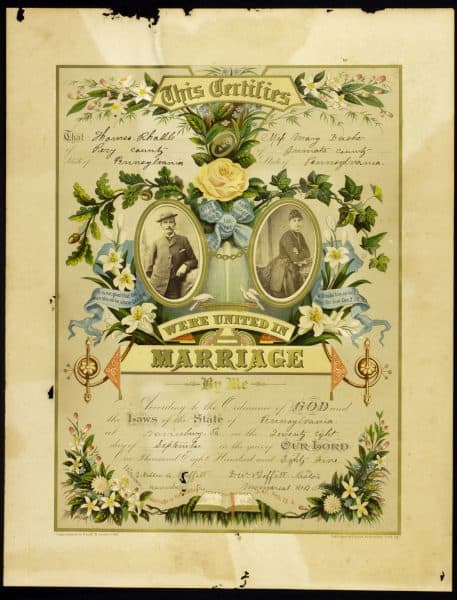 This chromolithographic marriage certificate celebrates the union between Thomas Rhahle and Mary Dasher that took place in Harrisburg, Pennsylvania on September 28, 1885. Although the certificate incorporates the still somewhat new technology of photography, its owners have not yet acquired mastery of the visual language. The bride’s photograph is placed in the oval on the right side with the result that her back is to her groom. The photograph of the groom shows a man looking far more like a carefree bachelor with his cigarette dangling out of his mouth and his hat placed at a rakish angle on his head than a man about to enter into the solemn bonds of matrimony.
Amateur Philadelphia photographer Marriott C. Morris has captured a more expected, and now traditional, view of a wedding couple in this photograph. 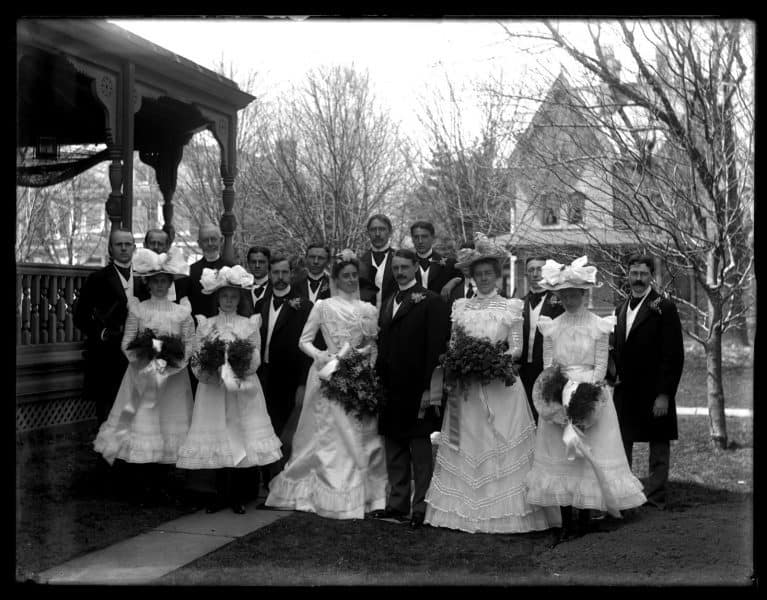 Sarah Perot and Richard Lea, the bride and groom, are placed in the front and center of the group which includes a large number of groomsmen and bridesmaids. The older gentleman with the high collar in the background is most likely the minister who performed the ceremony on April 17, 1901.
Library Company photographs document not only the beginning of wedded bliss, but also celebrate the longevity of love and marriage like this portrait of an older couple. Taken at a Philadelphia studio, the cabinet card’s mount has been customized to commemorate the unfortunately unidentified husband and wife’s fifty- year marriage. 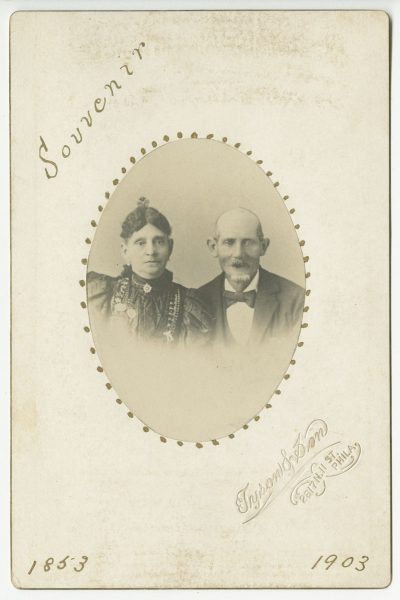