By Deeds of Peace 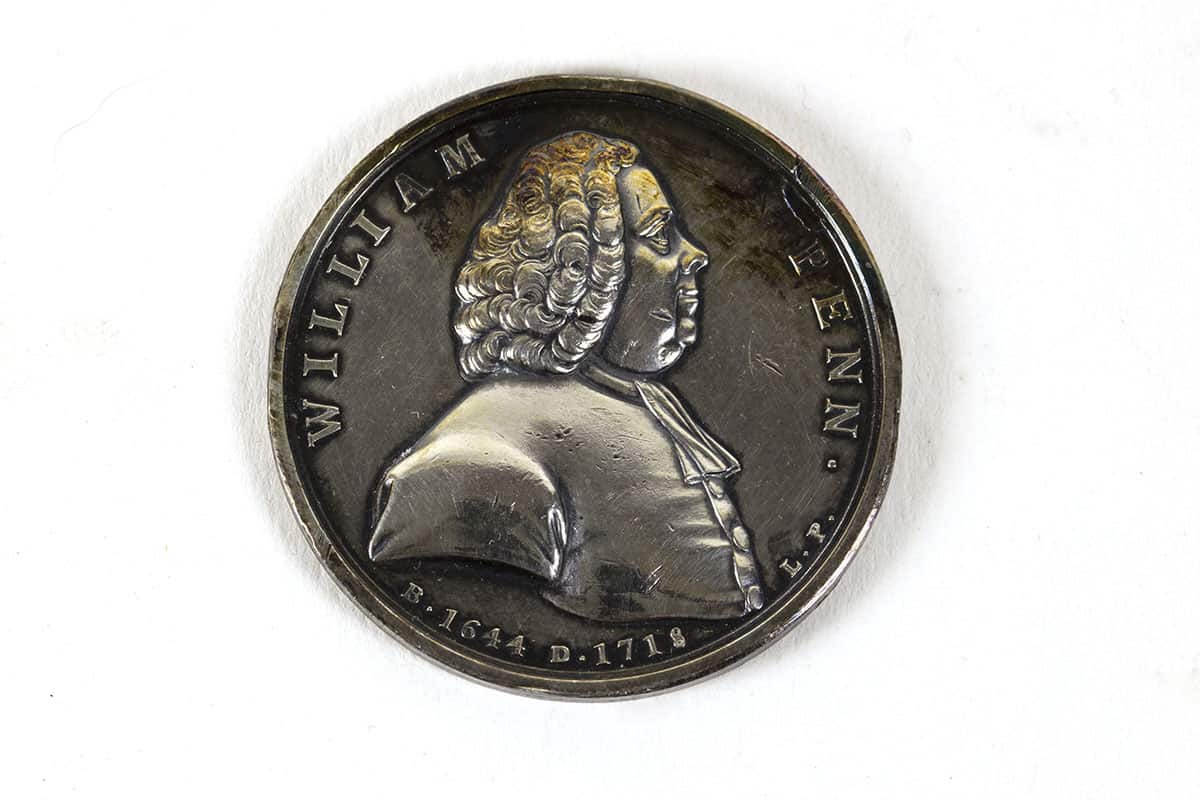 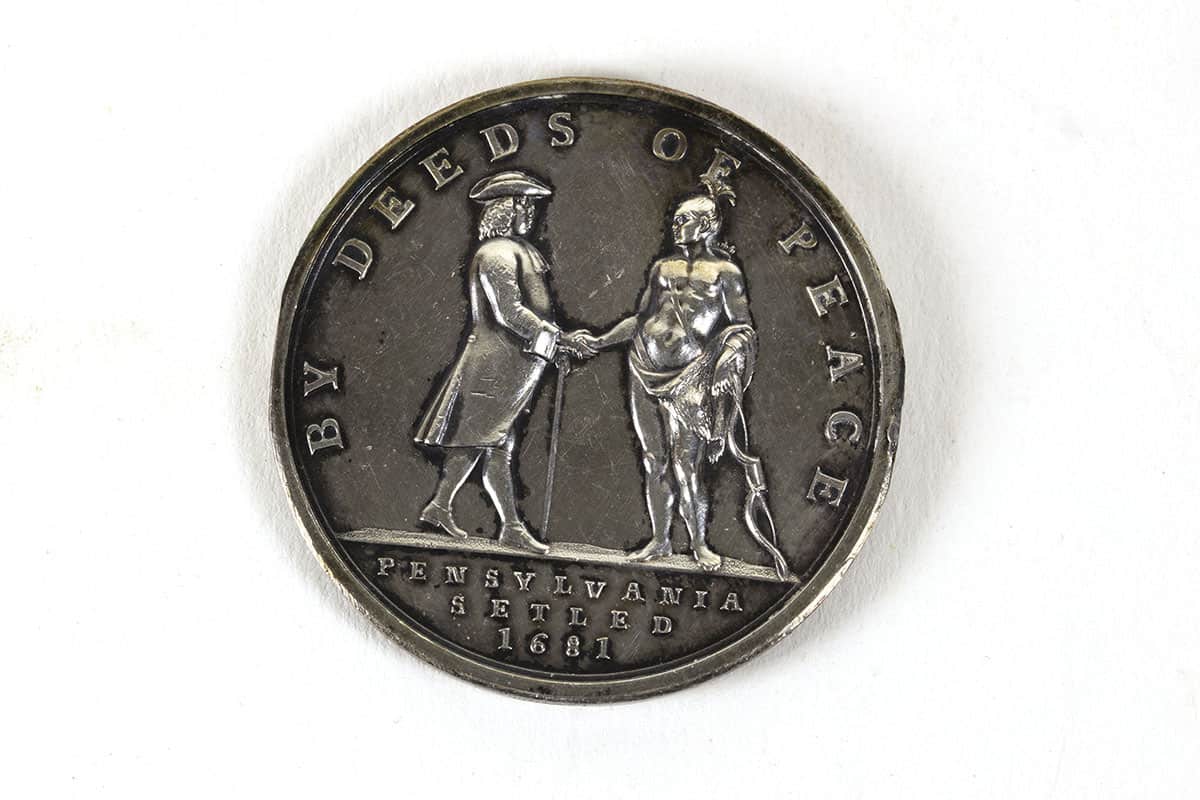 Reverse of the medal.

This commemorative medal shows a profile bust of William Penn in a plain coat with a cravat. On the reverse, Penn is shaking hands with a Native American who is holding a bow in his left hand with a legend that reads, “Deeds of Peace, Pennsylvania Setled (sic) 1681.”  Stamped on the front is “L.P.”  for Lewis Pingo (1743-1830), the maker. An English medalist, Pingo won many prizes from the Society of the Arts, London. He succeeded his father as Assistant Engraver at the Royal Mint in 1776, becoming Chief Engraver in 1779.

This medal came to the Library Company in 1775. The Directors’ Minutes record, “Mr. William Logan having in the Name and by Direction of Doctor Fothergill presented the Library with a silver Medal representing on the Face a striking likeness of William Penn the worthy Founder of this Province Legend ‘William Penn. B 1644. D.1718.'”  William Logan (1718-1776) was the son of James Logan, Penn’s secretary.  James Logan amassed an extraordinary collection of books of over 2,600 volumes. He left this collection for the public through the creation of the Loganian Library, which was transferred to the Library Company in 1792. He served on the Common Council of Philadelphia from 1743 until its suspension by the Revolution. William, a Quaker and ardent pacifist, opposed the Indian wars and formed the Peace Association with his cousin Israel Pemberton.

James Fothergill (1712-1780), also a Quaker, studied medicine in Edinburgh and had a lucrative medical practice in London. He had a great interest in botany and was a friend of Peter Collinson and John Bartram. Collinson, who was the Library Company’s book agent, introduced Benjamin Franklin to Fothergill. When Franklin became ill after his arrival in London in 1757, he became Fothergill’s patient. They remained close friends. When news of Fothergill’s death reached Franklin, he wrote the “I think a worthier man never lived. For besides his constant readiness to serve his friends, he was always studying and projecting something for the good of his country and of mankind in general.”[1] 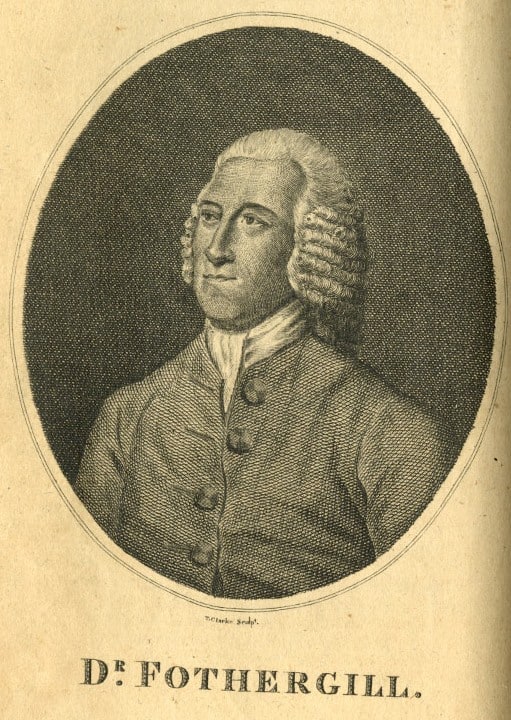 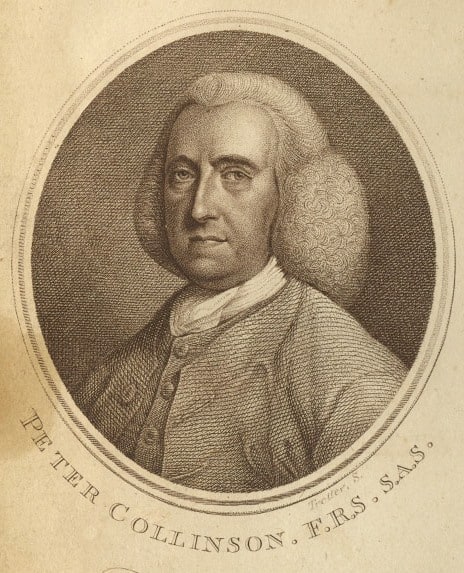 Treasures at the Library Company of Philadelphia
Scroll to top