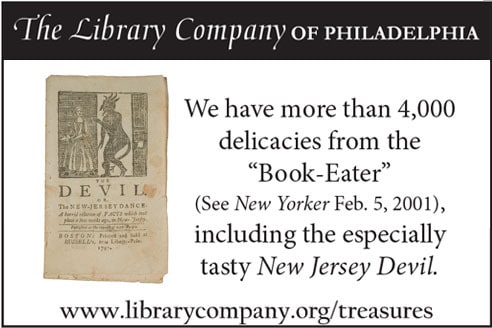 Treasures from the Library Company of Philadelphia: Michael Zinman Collection

The Michael Zinman Collection of Early American Imprints (which was acquired by the Library Company of Philadelphia in 2000) contains more than 14,000 books, pamphlets, magazines, and broadsides printed in the thirteen colonies and the United States before 1801. It is the largest such collection assembled in the 20th century and larger than all but a handful of institutional collections. Amazingly, it was assembled by the owner of a small private business in his spare time over a period of less than twenty years. How did he do it?

When you start on something like this, you say, O.K., here is a genre, here is a field. And I’m just going to buy it, whatever it is that I’m collecting. … You don’t start off with a theory about what you’re trying to do. You don’t begin by saying, “I’m trying to prove x.” You build a big pile. Once you get a big enough pile together – the critical mess – you’re able to draw conclusions from it. You see patterns. People who have the greatest intuitive feel for physical objects start from a relationship with the objects and then acquire the scholarship, instead of the other way around. The way to become a connoisseur is to work in the entire spectrum of what’s available – from utter crap to fabulous stuff. If you’re going to spend your time looking only at the best, you’re not going to have a critical eye.

Mr. Zinman had built and disposed of several book collections in this fashion when, in the early 1980s, he decided to focus his efforts on early American imprints, setting out to acquire every one available in the market. For over a generation there had been very few new private

collectors in this field, and the main research libraries were all selective in one way or another. Historical societies only collected imprints from their localities; private collectors preferred high-spot books, such as Revolutionary imprints and famous Federal period documents; and all kinds of collectors eschewed defective imprints—that is, those that were lacking even so much as part of a leaf, or that were dirty or ragged. 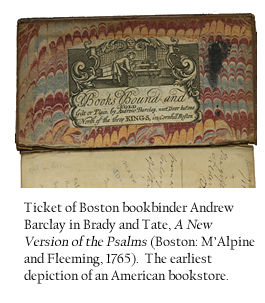 Mr. Zinman was omnivorous. He would buy anything, even if he already had a copy; he had as many as 19 copies of one imprint. He never flinched at a high price if he wanted the book, and he never turned up his nose at an incomplete copy. He found that many booksellers had boxes of “cripples” that they had stopped trying to sell; and many libraries had what they thought of as inferior duplicates for sale. He bought them all. In many cases the “defective” imprints Mr. Zinman acquired were in their original bindings or wrappers with layer upon layer of evidence of previous ownership; and hundreds of those “duplicates” turned out to be hitherto unrecorded variant printings.

When he began collecting imprints, they were relatively plentiful, but over the next twenty years, in large part due to his own collecting, they became more and more uncommon. He was so omnivorous that he stripped the market nearly bare. As Mr. Reese put it in 2000: 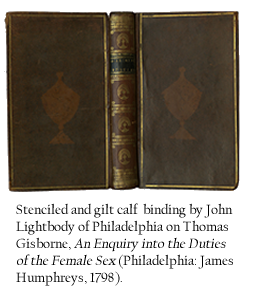 Michael went about this by crawling around book fairs and antique shows and going to see crackpots in the country and bartering and using any number of Zinmanesque devices. He started out just picking up all the float, whatever was in the market. After that, stuff started coming out of attics and estate sales. And that’s the amazing thing – that, at a point when everybody said you can’t form a collection of this scale because it’s all in institutions already, he went ahead and did it. And now nobody can ever do it again.

With the addition of the Zinman Collection, the Library Company now has the second largest collection of early American imprints, after that of the American Antiquarian Society. The Antiquarian Society collection was the basis of the national digital library of American printing, which is published by Readex/NewsBank and is available online through most research libraries. In 2010 Readex published a supplement to this collection, containing nearly 2,000 imprints from the Library Company’s collection that had never been digitized before, the lion’s share of them acquired with the Zinman Collection.

The acquisition of the Zinman Collection of Early American Imprints marks a defining moment in the Library Company’s long history. It signifies a rededication to perhaps the central part of our multifaceted mission as a research library – the collecting of primary materials out of which future generations of scholars will craft the story of our nation’s history.

Treasures from the Library Company of Philadelphia: Franklin Snuff Box

Treasures from the Library Company of Philadelphia: Ephemera
Scroll to top