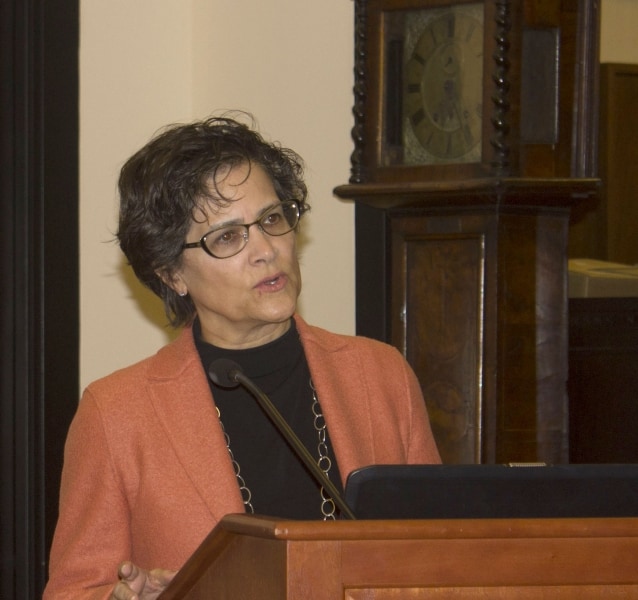 On February 19th, 2019, the Program in African American History celebrated our annual Black History Month Lecture. This year we had the pleasure of having Martha Jones, Professor of History at John Hopkins University present on her most recent book Birthright Citizens: A History of Race and Rights in Antebellum America.

Before the 14th amendment which granted citizenship to all persons born or naturalized in the states, including former slaves and guaranteed all citizen “equal protection of the laws”, African Americans struggled for their human rights to citizenship in the United States. Before the Civil War, many southern but a select few northern state legislatures created Black Codes which were a series of laws to discourage African Americans and restrict their freedom revolving around everyday life activities. Having a desire for more, African Americans fought hard for their rights. Jones expressed in her presentation how African American activists reshaped their presence in America through their ongoing encounters in the courthouse and their presence as legislatures at national conventions. Their most difficult challenge was that of the Dred Scott Case. During the ruling of the Dred Scott Case, Chief Justice Taney stated that a black person free or not, could not claim citizenship in the United States, therefore not being allowed to sue in court. This ruling sparked controversy amongst the African American community.

It did not stop them from fighting but pushed them harder to establish their status as an American citizen. Although not considered citizens, former slaves studied law, secured allies, and conducted themselves as if they were citizens. Being born in America should have given them their natural right to citizenship, but it didn’t, making that their constant argument when fighting in the courthouse. “With fresh archival sources and an ambitious reframing of constitutional lawmaking before the Civil War, Jones shows how, when the Fourteenth Amendment constitutionalized the birthright principle, black Americans’ aspirations were realized” (Jones, 2018). If you haven’t already purchased Birthright Citizens, go out and do so. It’s a must read!

Redrawing History: All the Graphic Details
Scroll to top