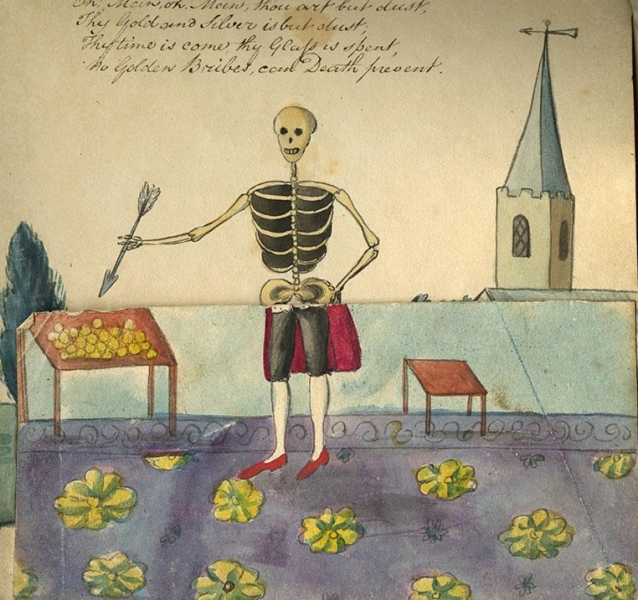 On May 16, 2019, the Visual Culture Program (VCP) was delighted to host To Catch the Eye, a roundtable discussing moving pictures before the 20th century.  Moderated by VCP Director Erika Piola, the program, with art history and visual culture scholars Brooke Belisle (Stony Brook University), Kathryn Desplanque (UNC-Chapel Hill), and Juliet Sperling (Colby College,) sought to create a dialogue about the history and continual relevance and relatability of enigmatic, fantastical, and vernacular motion imagery.

Begun with opening remarks by Ms. Piola, who reflected upon moving pictures as images of the eye and mind, the three scholars then provided illustrative overviews of their work with this genre. A lively discussion between the panelists and audience ensued. Notions of innovation, wonderment, accessibility, and format over content threaded through the insightful comments about the metamorphics, mosaics, and sequential views studied by Drs. Belisle, Desplanque, and Sperling.

Tying together the visual culture of the past and present, the panelists challenged the audience to question what constitutes a moving image, what is seen and what is known in relation to the time and space represented by a picture that moves in all senses, and the deficient definitions and vocabulary for the names of such graphics.

The conversation between those assembled had to unfortunately be brought to an end for the evening, but it is one that will be continued through the mission of the Visual Culture Program.

Director of the Visual Culture Program

For further information about the Visual Culture Program, visit https://librarycompany.org/academic-programs/vcp/.

This program was funded by the Terra Foundation for American Art.

Talking in the Library: Season 2 Episode 1
Scroll to top