Juneteenth Freedom Seminar: How to Be an Antiracist with Ibram X. Kendi 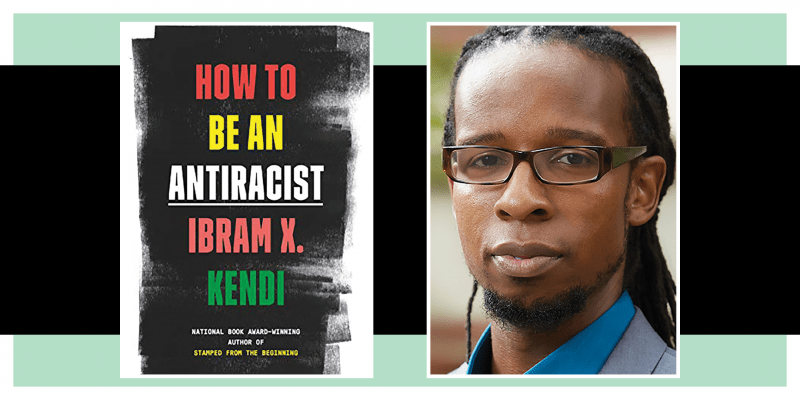 On Thursday, June 20, the Library Company of Philadelphia held its annual Juneteenth Freedom Seminar. This year’s guest speaker was Dr. Ibram X. Kendi, one of America’s foremost historians and leading antiracist voices. He is the author of several award-winning non-fiction works dealing with race and racism in America. The topic of his talk, “How to Be an Antiracist,” was based on his forthcoming book, How to Be an Antiracist, which will be published on August 20, 2019.

Before the seminar, guests were invited to enjoy a reception and explore the Library Company’s newest exhibit, From Negro Pasts to Afro Futures. After the reception, guests made their way next door to the Historical Society of Pennsylvania where the seminar was held. It was a packed house as the crowd of nearly 150 excitedly anticipated Dr. Kendi’s remarks.

The evening opened with a welcome from Dr. Michael Barsanti, the Edwin Wolf 2nd Director of the Library Company, who noted that the day before, Pennsylvania recognized Juneteenth as an official holiday for the first time. Then, Dr. Deirdre Cooper Owens, the Director of the Program in African American History at the Library Company, made introductory remarks and thanked the Andrew W. Mellon Foundation, whose funding made the seminar possible. The Mellon Foundation supports the Library Company’s Mellon Scholars program. The Mellon Scholars are students of color with a passion for African American history who complete various Library Company fellowships and internships. Ten Mellon Scholars were in attendance at the seminar, and Dr. Cooper Owens highlighted the accomplishments of three of them who are recent college graduates. She then invited Mellon Scholar Dakota Hodges to speak about his experience with the program. Mr. Hodges emphasized the importance of this program because it gives students of color, like him, the opportunity to discover and tell stories that are omitted from the classroom. He noted, “This program allows me to feel comfortable in a field that is lacking in diversity and helps create new leaders in the humanities field who will tell diverse histories.”

After Mr. Hodges’ comments, Dr. Cooper Owens welcomed Dr. Kendi. Dr. Kendi began his talk by providing an overview of Juneteenth. The holiday commemorates the ending of slavery in the United States when, in June 1865, Union soldiers arrived in Galveston, Texas with the news that the war had ended and that the enslaved people were free.

At the center of this history, Dr. Kendi remarked, is the fact that black people were not freed by only President Lincoln and the Emancipation Proclamation. Rather, Black people freed themselves. Enslaved people resisted and revolted against their slave owners, which caused fear and panic. Additionally, they risked their lives and escaped from plantations to join the Union army, where they fought for their own freedom. According to Dr. Kendi, often we teach our students that President Lincoln and the Union army was responsible for emancipation. However, this narrative does not include the actions of the Black community that fought for their own freedom. When we do not include the vital role Black people had in the fight for emancipation this reinforces racist ideas and promulgates racist ideologies.

Dr. Kendi then gave the audience a taste of his upcoming book.  He explained that a racist is anyone who expresses racist ideas and supports racist policies through action or inaction, while antiracists recognize that the fundamental cause of racial inequality is the history of racist policies and actively support the dismantling of those policies.

He tied his Juneteenth talk to the timely issue of reparations. Just one day earlier, on June 19, Congress held a hearing on the proposed bill HR 40, which would create a commission to investigate the economic impact of slavery and its subsequent racial and economic discrimination against African-Americans to explore ways for Congress to make appropriate remedies such as reparations.

Dr. Kendi explored the history of the fight for reparations. He began by explaining that many white people (both abolitionists and supporters of slavery)  in the post-Civil War America held the racist notion that Black people didn’t need reparations because they had already been given religion, culture, language, and civilization by their captors. Antiracists of that era knew that slavery was dehumanizing and the black community was entitled to reparations as people who had been robbed of their freedom and exploited for their labor.  Kendi explains that he believes the only way to repair the centuries of damage done by the racist policies and actions of those in the United States is to provide reparations and dismantle the racist policies that still exist.

Dr. Kendi was a compelling speaker. Audience members hummed in agreement, nodded along, and laughed with him throughout the evening. Dr. Kendi was even interrupted with applause when he made an especially salient point. Unsurprisingly, he was met with much enthusiasm and many thoughtful questions when the first portion of his talk ended and the question-and-answer segment began.

When asked how the audience should carry the themes of the seminar out into the world, he stressed that “we should focus our time and energy on open-minded people,” not waste it on those who are closed-minded. He was asked about how he sees reparations taking shape and though he said it is not his area of expertise, he did insist that whatever the strategy, the goal of reparations should be to close the racial wealth gap and it should be coupled with the elimination of racist policies that would cause the gap to re-open.

At the close of the seminar, Dr. Kendi received a standing ovation. The night ended with a book signing where audience members could purchase copies of Dr. Kendi’s book Stamped from the Beginning: The Definitive History of Racist Ideas in America which won the 2016 National Book Award and The Black Campus Movement, which won the W.E.B. DuBois Book Prize.