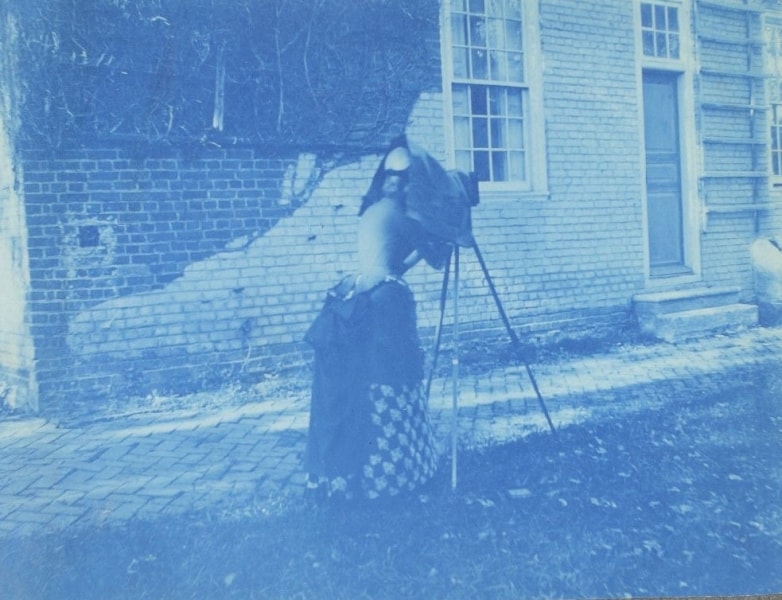 Maria Dickinson Logan II with her camera. 1900. Views of Loudoun and Stenton.

In our Shareholder Spotlight series we highlight the lives and contributions of the women and men who were instrumental in the creation and sustainability of the Library Company over the last 288 years.

Previously we introduced Mary and Rebecca Winsor, two suffragist sisters who held Share 434 for over fifty years. This month, we are focusing on Maria Dickinson Logan II, another woman who was generous with her time and money within her community and whose philanthropy was inspired by generations of Library Company devotees before her.

Maria Dickinson Logan II (1857-1939) was an elite Philadelphian who led a rich social and artistic life. She belonged to numerous clubs and social groups and was an avid gardener, poet, and photographer. The Library Company even has an album of her photography. Maria kept careful records of her family history and dedicated years of her life to tracing her genealogy. Maria was deeply engaged in history and education and was a member of several organizations that supported these fields, such as the Pennsylvania School of Horticulture for Women and the Historical Society of Pennsylvania. During her life, she donated to many hospitals and welfare organizations, including Germantown Hospital and the Salvation Army. Her generous gifts were especially needed and appreciated during the last decade of her life, when the Great Depression took hold of the country. She never married, instead living with her bachelor brother Albanus Charles (“Lo”) Logan II at their family estate in Germantown until his death in 1930. Lo was Maria’s last living sibling, which likely made his death all the more impactful. 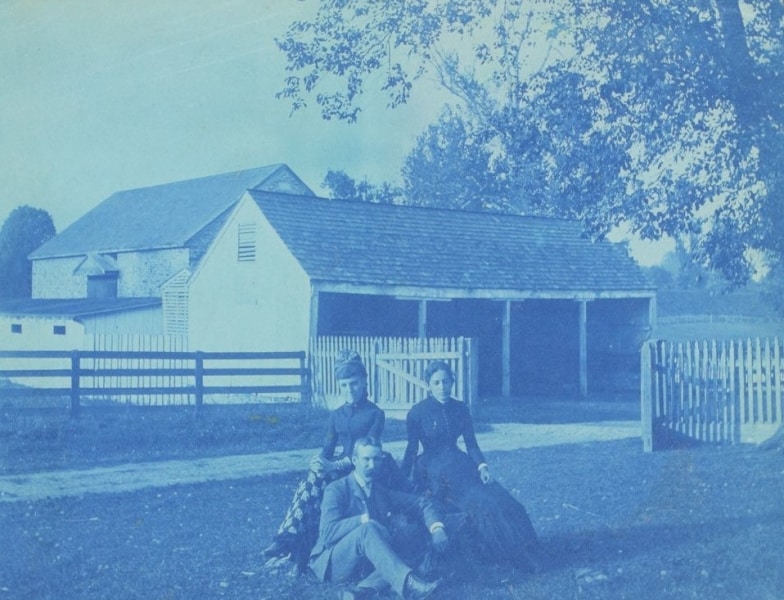 After Lo’s death, Maria set to work cementing his legacy and ensuring that his memory would live on. She began by donating a collection of manuscripts to the Historical Society of Pennsylvania in honor of her brother. She crafted a loving scrapbook of his life and contributed to an entry about him in the National Cyclopedia of American Biography. Finally, in her own will, Maria established a $20,000 trust for the Library Company in his memory. Her trust continues to fund the Library Company today. Far from a one-time act of generosity, the trust is the product of generations of philanthropy, planned giving, and a love of the Library Company passed down through the Dickinson and Logan families.

Maria and Lo were named for their paternal grandparents, Maria Dickinson Logan I and Albanus Charles Logan I, both of whom were shareholders of the Library Company. Two separate shares, Share 100 and Share 98, were passed through the Dickinson-Logan family. Share 100 originated on the Dickinson side with Maria and Lo’s great-grandfather, John Dickinson. John Dickinson was a lawyer and politician who served as Continental Congressman from Pennsylvania and Delaware. He also served in the Pennsylvania militia during the American Revolution and as a delegate to the U.S. Constitutional Convention of 1787. Many of his books and papers, including his funeral hatchment, reside in the Library Company’s collection.

Maria and Lo’s grandfather Albanus I was the head of Stenton, the family’s Germantown estate. At Stenton he kept a large library which he adored. Upon his death he directed that his library “shall remain undivided during the lifetime of [his wife Maria I].” In 1871 (indeed after Maria I’s death), his grandson Lo would go on to expand the “Loganian Library” by donating 500 volumes from Stenton to the Library Company. The “Loganian Library” still constitutes a valuable part of the Library Company’s collection and is still in use today.

Albanus Charles Logan I and his wife Maria I instilled in their children and grandchildren a passion for education and history, and left behind a legacy of philanthropy.

The Library Company of Philadelphia would not be here today if not for our shareholders, past and present. By becoming a shareholder, you help to preserve our history and secure our future.  We are grateful for all of our shareholders and donors who allow us to continue our commitment to education and learning. For more information about our shareholding program and membership benefits, click here or contact Colleen Gill, Development and Membership Coordinator at 215=546-3181, ext. 136

Maria Dickinson Logan’s trust allows us to continue to benefit from her philanthropy today. You can embody this same passion, dedication, and commitment by remembering the Library Company in your estate plans. As stewards of our future, those who engage in planned giving are included in the James Rush Society. New this year, we hope to host a special annual program for all members of the James Rush Society.

Look for more information in the coming months about our James Rush Event.

For more information about how you can join the James Rush Society click here or contact Raechel Hammer, Chief Development Officer of the Library Company of Philadelphia at 215-546-3181, ext. 142.

Juneteenth Freedom Seminar: How to Be an Antiracist with Ibram X. Kendi