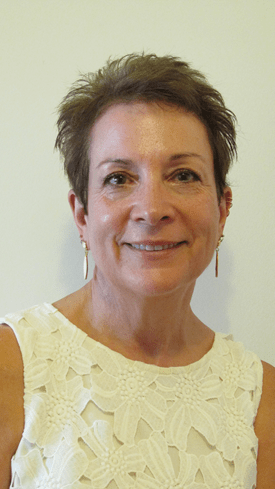 “The St. Thomas Sanitary Committee Fair of 1864 and Louisa Jacobs”

On December 19, 1864 the ladies of the Sanitary Committee of St. Thomas’s African American church held a Sanitary Fair at Concert Hall in Philadelphia to raise money for sick and wounded soldiers. The more well-known Great Central Fair for the Sanitary Commission, held the previous June, had excluded African Americans, except as waitstaff, and “marginalized abolitionists” despite the prevalence of emancipation as a theme. Apparently, the women at St. Thomas’s church then purchased “sanitaries” and forwarded them to Louisa Matilda Jacobs to support her work at the Jacobs’ Freedman’s School in Alexandria, Virginia. In her letter of gratitude, Jacobs remarked that the committee represented “the first colored society which has made us a donation of the kind.”

Louisa Jacobs, the daughter of Harriot Jacobs (author of Incidents in the Life of a Slave Girl) was born in Edenton, North Carolina in 1833. She came North, first to Washington, DC, then to New York City, in 1840 after her white father, Samuel Tredwell Sawyer, purchased her. It is possible to place her in Philadelphia sometime after 1842, when Jacobs spent time in the city and made lifelong friends of members of the Forten, Chew, and Venning families, all families represented in the collections at the Library Company. Julia Wilbur, a white Quaker abolitionist and suffragist from Rochester, New York who supported the Freedmen’s Schools during the Civil War, knew Louisa Jacobs and her mother in Alexandria, Virginia. Wilbur noted in her journal that Louisa and Harriet visited Philadelphia in November 1864. It is probable the women of St. Thomas’s Church were already planning the Sanitary Fair at Concert Hall, but with the visit determined that Louisa Jacobs would receive at least a portion of the funds they raised.

I spent an extraordinary four weeks in the Library. I was able to find some of the most prominent women in the books and documents held by the Library. Jasmine Smith introduced me to Arthur Sudler, the historian/archivist for The African Episcopal Church of St. Thomas. I found some biographical information on the women that belonged to the committee when I visited the St. Thomas AME church on Wednesday, July 24, 2019. I looked at Pew Rental Records of 1863-1875, as well as baptismal, marriage, and burial records. While I found the names of a few of the members of the Ladies Committee, no records of their committee work remain. It is possible that a fire in 1951 destroyed them.

Harriet Jacobs signed the Library Company’s copy of Incidents in the Life of a Slave Girl, a book in the collection Mary Rebecca Darby Smith donated. Smith had pasted in the letter that had accompanied the book. There Jacobs had written her address in Philadelphia; that address was the home of Charlotte [Mrs. John] Chew, vice-president of the Ladies’ Committee. I had found the connection between the Committee and Louisa Jacobs.

I was intrigued by the discovery of another group founded during the same period: the Ladies Union Association, which had members also intent upon holding a fundraising fair for the purpose of supplying sick and wounded colored soldiers. It is not yet clear why there would be two groups working for the same purpose, since there seems to be a connection to some degree with St. Thomas Church, at least as members. However, my preliminary biographical research suggests that the members of this group were at least a generation younger than the women of the St. Thomas Church committee. According to its follow-up report, published in 1864, members donated money to Penn Relief, Summit House, Camp William Penn, the sick at Portsmouth, and they sent some clothing and goods to the Colored Orphans fundraising fair in New York. The one name that connects the two groups is Dorsey. While the committee does not seem to have been very active, at war’s end, the Ladies Union Association shifted its attention to the freedmen, held another fair, and issued another report in 1867.

I spent some of my research time focusing on Charlotte Forten, the daughter of Robert B. Forten, who had been brought up in St. Thomas’s Church, who had taught at St. Helena Island, South Carolina, connected to the Port Royal Experiment, where she taught during the same period. I learned that she had left the post after eighteen months because she suffered from terrible headaches. She returned to Philadelphia in 1864, so did not receive funds from the St. Thomas fair. Nevertheless, I continued my research on Charlotte Forten because her life parallels and even links with the life of Louisa Jacobs; Jacobs named Forten as one of the beneficiaries in her will.

I also discovered that Forten attended an early meeting of the Colored Women’s League, founded in Washington, DC in 1892. Several of the women who belonged to the Ladies Union Association, including Sarah and Elizabeth Iredell, also attended one or more of the League meetings, rubbing elbows with some of the most prominent African American women activists of their time, including Mary Church Terrell, Dr. Caroline Still Anderson (William Still’s daughter), and Helen Appo Cook.

While I have more research to do, the research I have completed will inform at least two chapters of what will be a full-length manuscript of the biography Louisa Matilda Jacobs, tentatively entitled “Louisa Matilda Jacobs: From Slavery to a Kind of Freedom.” I am very grateful for the opportunity to work in the Library Company of Philadelphia.

Susan Goodier studies U.S. women’s activism, particularly woman suffrage activism, from 1840 to 1920. She earned a master’s degree in Gender History, a doctorate in Public Policy History, with subfields in International Gender and Culture and Black Women’s Studies, and a Women’s Studies master’s degree, all from the University at Albany. At SUNY Oneonta she teaches courses in Women’s History, New York State History, the Civil War and Reconstruction, and Progressivism.

Dr. Goodier is the coordinator for the Upstate New York Women’s History Organization (UNYWHO). The University of Illinois published her first book, No Votes for Women: The New York State Anti-Suffrage Movement, in 2013. Her second book, coauthored with Karen Pastorello, is Women Will Vote: Winning Suffrage in New York State (Cornell University Press, 2017). In addition to writing a biography of Louisa M. Jacobs, the daughter of Harriet Jacobs, author of Incidents in the Life of a Slave Girl, she is writing a book on black women in the New York State suffrage movement.

The Recipient(s) of the Biennial Innovation Award

Francis Johnson at the Roots of American Music
Scroll to top