Samuel Hazard, Santo Domingo, Past and Present: With a Glance at Hayti (New York, 1873).

This book holds an important map of Haiti but its condition made it almost impossible to use. The map, bound into the volume with an awkwardly placed tab, needed to remain with the book, which also had problems – the spine lining was detaching and the sewing had broken in several places.

It was not possible to keep the map in its original bound-in configuration. Instead, after repairing the map with fine Japanese tissue, I re-folded the map along its original folds, then placed it in a custom pocket sewn into the text at the original location.

The photographs show some of the steps 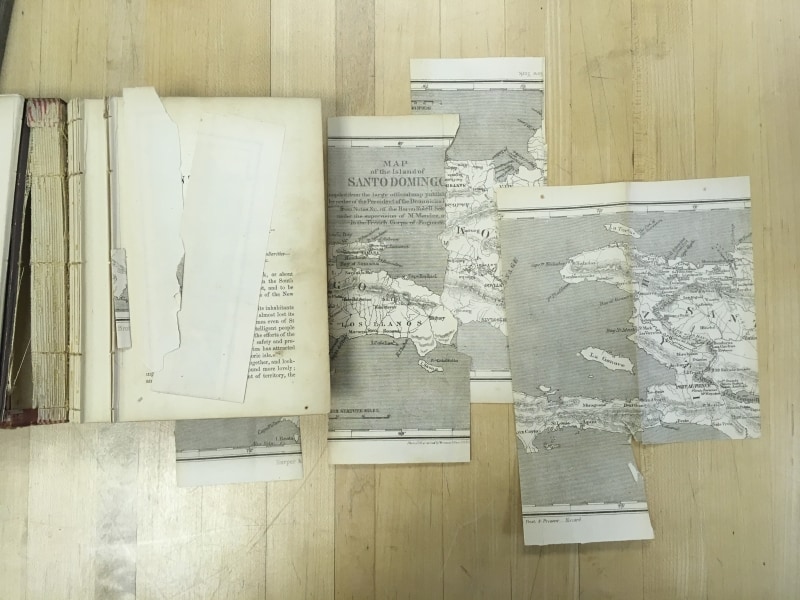 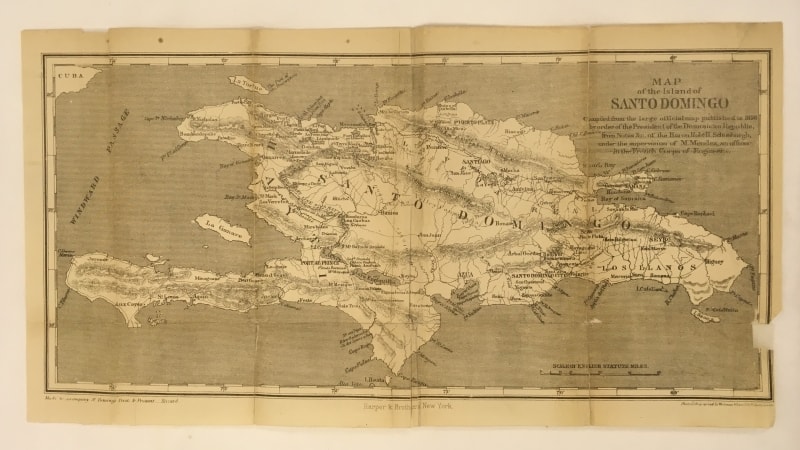 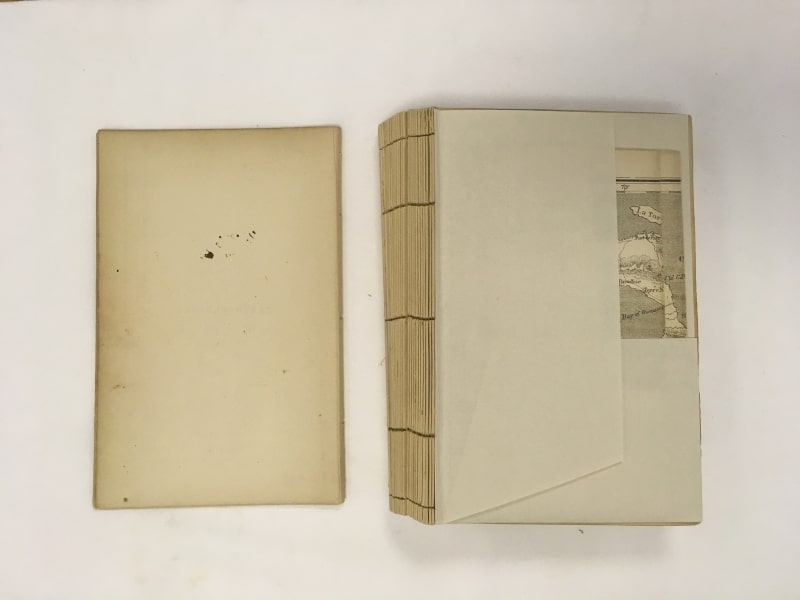 Sewing in progress in a sewing frame, with linen cords. 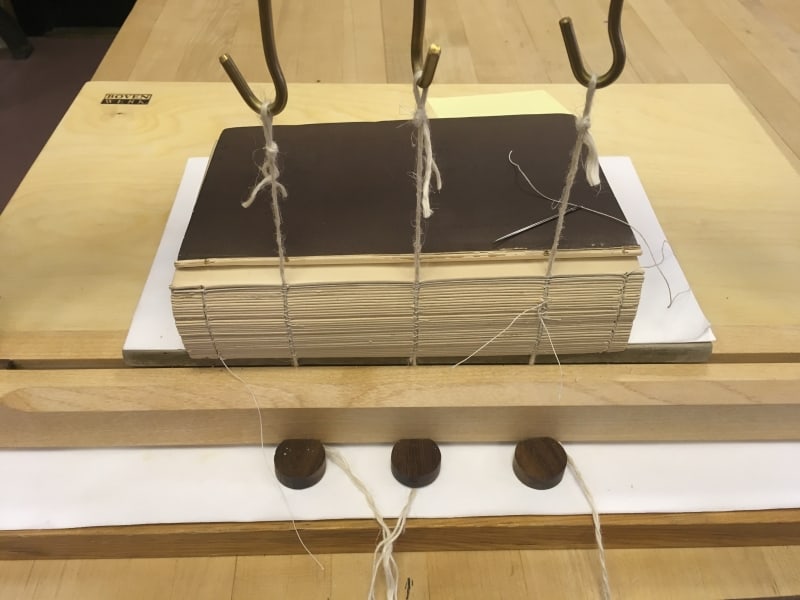 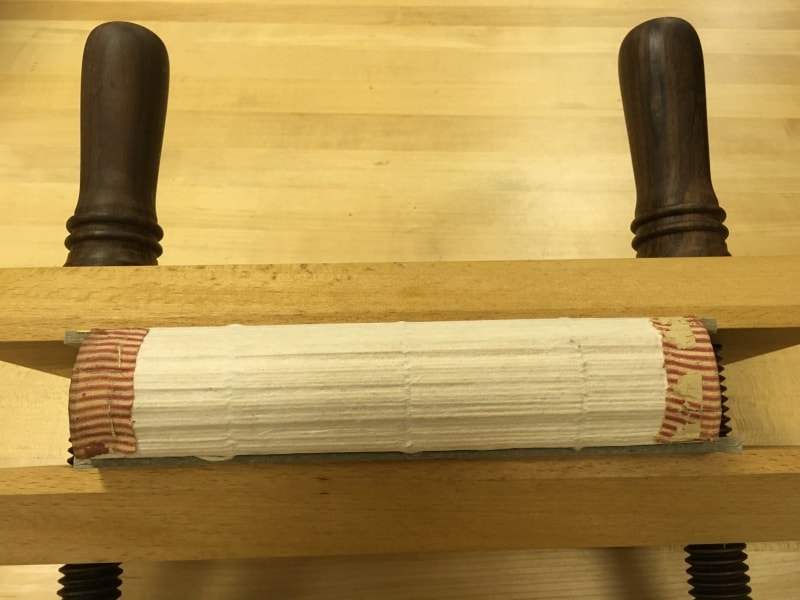 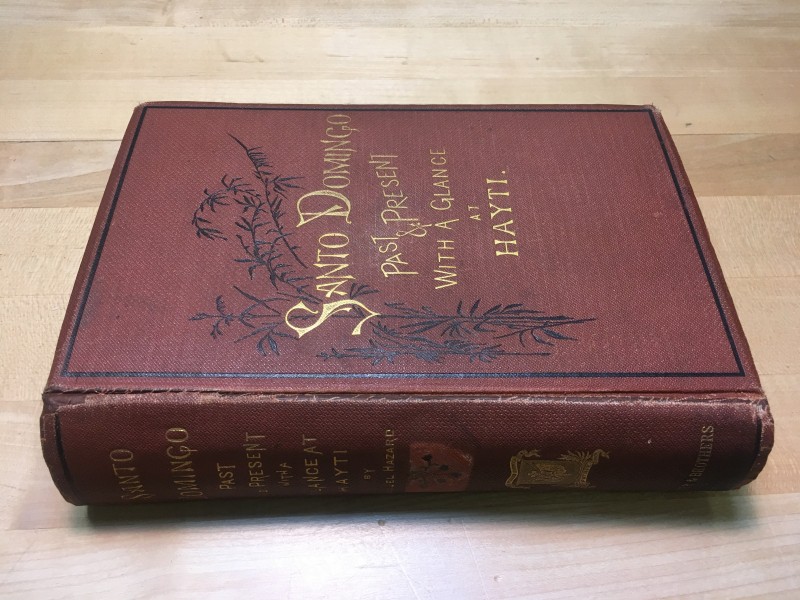 Francis Johnson at the Roots of American Music

Talking in the Library: Season 2 Episode 4
Scroll to top