Like much of the world, my family and I have been staying at home, keeping our physical distance from others in an effort to stop the spread of the COVID-19 virus. Twenty-first century technology such as streaming services, video chatting, and posting on social media have certainly eased our sense of isolation. These virtual realities have allowed us to stay in touch with friends and family not hunkered down with us, but we have also re-discovered a low-tech way to interact with each other within our home — board games. A few days ago I wiped the dust off our Scrabble board that had been sitting in a closet for close to a decade and the familial competitions began. Sadly, none of the games have gone my way. My college-aged son has emerged victorious so far. (Although I will say in my defense that it is really difficult to create words when one consistently has six vowels out of seven letters to work with.) 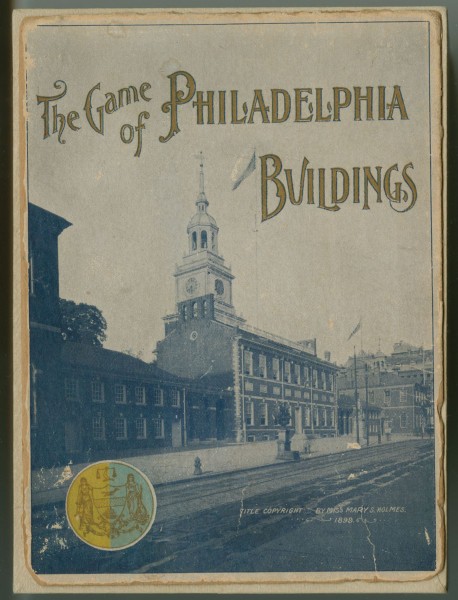 Despite my current lack of success with Scrabble, I am publicly declaring that I know I could beat my husband and son with at least one of the 19th-century games held in the Library Company’s collection. Who could resist in engaging in a hard-fought round of the Game of Philadelphia Buildings? Copyrighted in Philadelphia in 1899, the game consists of fifty-three numbered cards each illustrated with a photomechanical print of a city landmark. The cards are accompanied by a “Key to the Pictures” that identifies each location and the building’s construction date, along with the rules of Philadelphia Buildings. 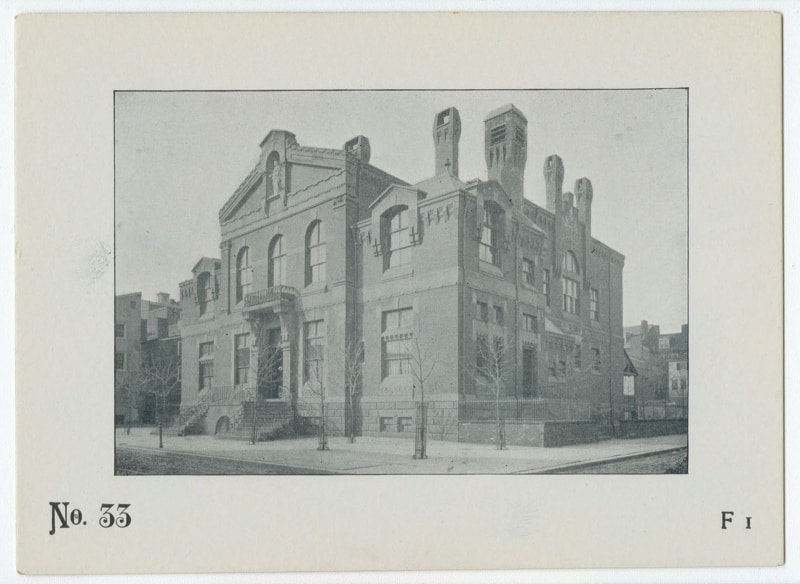 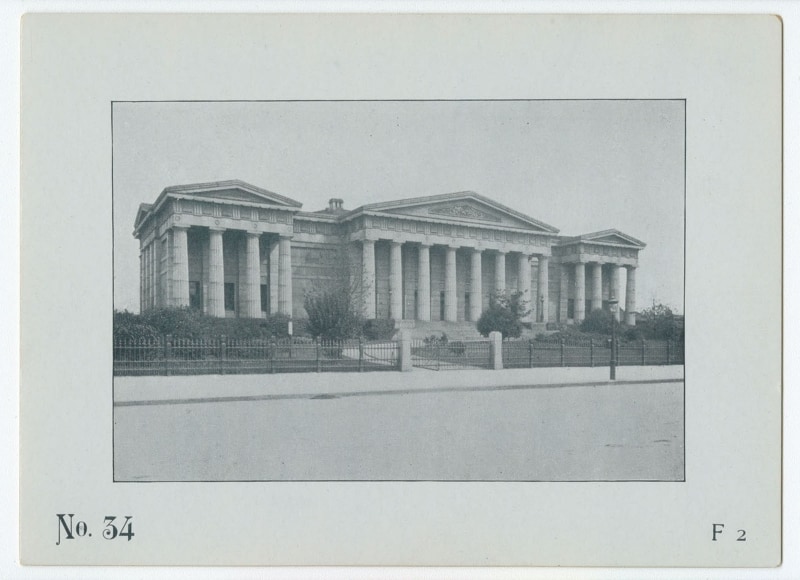 Historical, industrial, religious, and cultural sites are all depicted. Both of the Library Company’s buildings, for example, are reproduced in the set. The Historical Society of Pennsylvania appears as Card #11. Although some fun might be had by the players, clearly, the true purpose of the game was to provide an educational experience. Not surprisingly, the game’s creator and copyright holder, Mary S. Holmes, had a long career as a Philadelphia educator. She served as a teacher at Girls High School and the Commercial High School for Girls in Philadelphia, and as the principal at Germantown High School for Girls. Billstein Company, a printing, engraving, and binding business with approximately sixty workers at the turn of the century manufactured the card game at its 917 Race Street location.

The Game of Philadelphia Buildings must have been at least moderately successful since a second edition was issued in 1914. The second edition included the same number of cards, but updated some sites such as replacing the image of the U.S. Mint at Juniper and Locust Streets with the new Mint building on Spring Garden Street. And for an unknown reason, the Historical Society of Pennsylvania card was removed from the deck.

Want to learn about more parlor games in our collections, read the 2018 blog post Shall We Play a Game? by Curator of Graphic Arts Erika Piola.

The Barakat Family in America
Scroll to top