With a Nostalgic Heart for Fairs Past

Around this time of the year in the not so distant past, I would have recently returned with a trove of new acquisitions from the Ephemera Society of America Paper Fair. The Covid-19 crisis made this collection development aspect of my work as a curator not possible this year. With a nostalgic heart, I thought I might take a trip down memory lane of some of the past purchases I made on those forays to the Ephemera Society paper fairs and others where strategy and serendipity often went hand in hand.

In 2014 a few years after the completion of a cataloging and digitization project for our ephemera collections, I came across this circa 1930 advertising blotter for Philadelphia lithographic and printing firm Craig, Finley, & Co. Before the era beginning in the 1960s of the no smudge ballpoint pen, fountain pens were favored for their smooth and consistent lines. But fountain ink was not quick to dry. An ink blotter could speed the process. And for a business, the absorbent paper was an ideal means to advertise. Their promotional rhetoric was always a blot away. For the Craig firm, a view of its new bustling factory on the 2200 block of Vine Street within a border design reminiscent of a dollar bill was chosen. In operation over sixty years at the time, the business survived a fire in 1877 that destroyed its stock of presses, paper, and type as well as damaged many of its lithographic stones. As profiled in our Philadelphia on Stone Biographical Dictionary, Craig, Finley & Co. moved to the depicted site in 1929 and operated there until 1950. 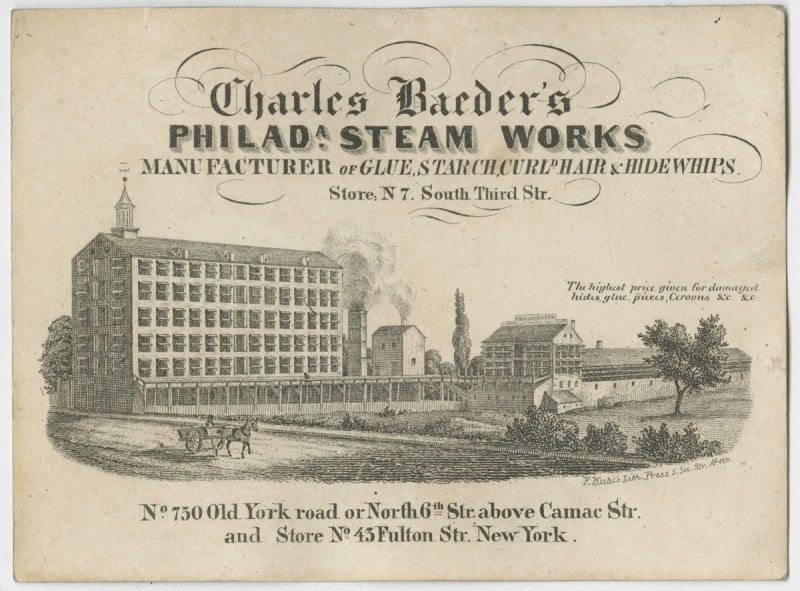 Philadelphia on Stone was also in mind when this circa 1844 trade card lithographed by Frederick Kuhl (b. ca. 1812) for the glue and animal product manufactories of Charles Baeder (ca. 1877-1806) was acquired in 2015.  The premier manufactory of its kind in the United States, Baeder, like Craig, Finley & Co. used a view of its Philadelphia factory to advertise its services and wares. Unlike the blotter, ink smudges are not to be found on the back of this piece of ephemera. Instead a note, in essence, an order for glue is discovered. 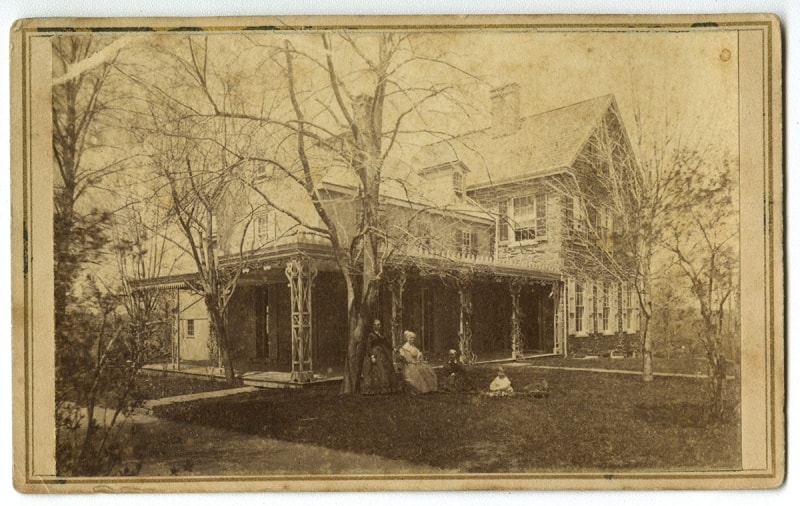 A fair excursion in 2016 led to the procurement of this circa 1865 carte-de-visite photograph by abolitionist and photographer J.W. Hurn (d. 1887).The view shows Roadside, the Cheltenham township residence of the notable abolitionist Lucretia Mott (1793-1880).  Mott and her husband moved to the house that was used for the Underground Railroad in 1857. Mott and likely her two daughters Marie Mott Davis (1818-1897) and Elizabeth Mott Cavender (1825-1865) are posed in front of the home in an image documenting the personal life of this public figure and face of the 19th-century women’s rights and anti-slavery movements. 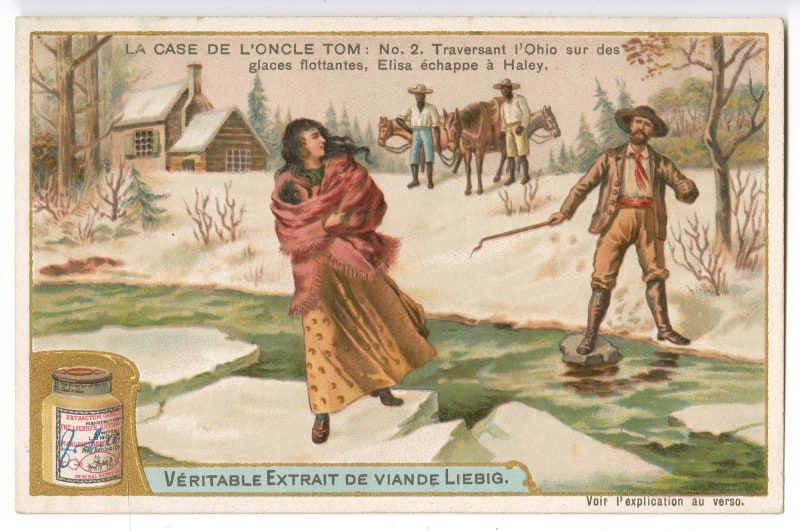 Relatedly, our African American history graphic collections were augmented through a fair trip in 2018. We added to our holdings a series of circa 1904 European trade cards for meat extract that pictured scenes from Harriet Beecher Stowe’s Uncle Tom’s Cabin. The graphics demonstrate the continuing resonance into the 20th century not only in American but in the world’s visual culture of the imagery associated with the pivotal, anti-slavery novel first published in 1852.

Unfortunately, my next two fair finds are ones that have yet to be digitized, a process that is not currently possible as we work remotely. I include them as they are two of my favorite fair purchases for their content and context. I began this essay with blotters and will end with them. I invite you to envision those for Armstrong, Asparagus Specialists and Armstrong, Lettuce Specialists.  Asparagus and lettuce are depicted. However, you do not likely see the produce depicted with an art nouveau aesthetic. Nor do you likely see the vegetables personified as nude female figures. The circa 1915 pieces were possibly commissioned by Philadelphia produce commission merchants Armstrong & Co. which was headed by Edward S. Armstrong. Armstrong served as the President of the Produce Dealers’ Association in the 1910s.

As we continue to social distance, I will think fondly ahead to my next trip to a paper fair and the possibility of finding another blotter, trade card, or photograph that fits just so in our collections.

Erika Piola, Curator of Graphic Arts and Director of the Visual Culture Program

Searching Through the Catalog: From Print to Cards to Digital
Scroll to top