Wanting to Kick Myself: My First Days in the Graphic Arts Department 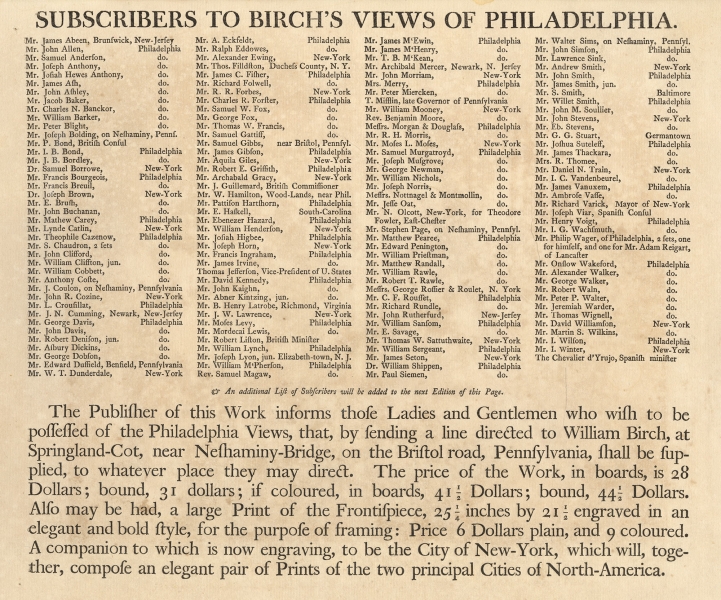 Subscribers to Birch’s Views of Philadelphia, [1800].

It was my first few days in the Graphic Arts Department. The phone rang. I answered it. On the other end of the call was one of the reference librarians for our book collections in our first-floor reading room. Her question: “Do we hold the subscription list for William Birch’s Views?” My response was “No.” And I was wrong. My answer still resonates with me over twenty years later.

In the fall of 1997 I was hired as the temporary Curatorial Assistant for the Department. Curator Sarah Weatherwax had gone on maternity leave, and I was supporting then Assistant Curator Jennifer Ambrose. On Mondays I covered the Department reading room alone because of Ms. Ambrose’s four-day-a-week schedule. That was the day of the “call.” It was a learning lesson. I had known at that time we held a collection of William Birch’s Views of Philadelphia, but had not realized a printed list of the subscribers was a part of it. Nor was the item listed in the card catalog. Yes, we still had a card catalog. I pictured a list in manuscript form when the question was asked. Such a manuscript was not housed with the views. I realized my error in the days to come. I cannot remember exactly how and when I discovered the printed list with the first box of prints, but I did. And it was too late to rectify the mistaken response I gave. As one learns a special collection, one will not always have the answers to provide reference. The lesson learned —do not assume and go to the physical collection, you young upstart!

In those early days, another call, and another opportunity to hone my reference chops. An outside researcher called to ask if we held E.W. Clay’s The Smokers. Off to the card catalog I went. As I subjectively remember, I had to deduce it was a cartoon. I had to know the genre because it affected how I navigated the catalog for this title. Success! I found it. I had concluded correctly and could provide an affirmative answer. If I had looked elsewhere in the collection, I may have again wanted to kick myself about my response. The moment made me feel I can do this, I can be a curator someday. 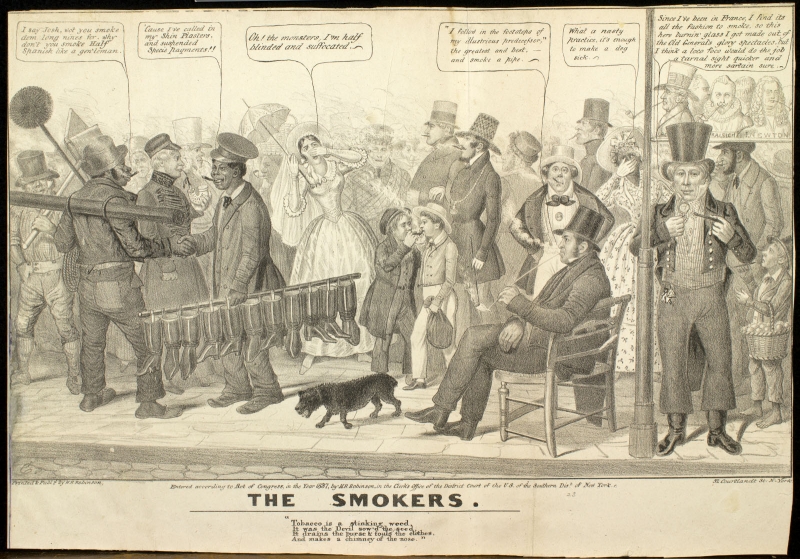 In 2021 when we commemorate the Department’s fiftieth anniversary with Imperfect History: Curating the Graphic Arts Collection at Benjamin Franklin’s Public Library, “curator” will have been a part of my title for over a decade. My six-month position evolved into an over twenty-year career in the Graphic Arts Department. Keep going you older upstart!