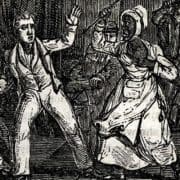 The Program in African American History at the Library Company of Philadelphia hosts an annual Juneteenth Freedom Seminar, which serves as a recognition of Juneteenth—one of the oldest known celebrations commemorating the ending of slavery in the United States. 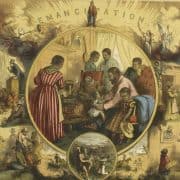 Roundtable: Freedom and Its Aftermath: Black Education from Emancipation to the Present

Panelists Dr. Michelle Howard-Vital (President, Cheyney University), Dr. Marybeth Gasman (Professor of Education, University of Pennsylvania), and the Reverend Dr. Mark Tyler (Pastor, Mother Bethel African Methodist Episcopal Church) had a roundtable discussion to unpack the trajectory of black education from the 19th century to the present. By exploring the challenges of the past and present, panelists lead a discussion about the future of education for African Americans. The panel was moderated by Dr. Erica Armstrong Dunbar (Director of the Program in African American History, Library Company of Philadelphia and Associate Professor of Black American Studies & History, University of Delaware). 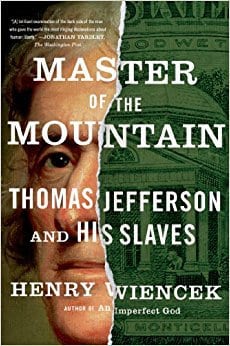 Lecture: Master of the Mountain: Thomas Jefferson and His Slaves

Master of the Mountain presents the controversial idea that during the 1790s Thomas Jefferson became so convinced of the economic value of slavery he abandoned his youthful antislavery sentiments. Independent scholar Henry Wiencek is the author of several other books, including The Hairstons: An American Family in Black and White, which won a National Book Critics Circle Award in 1999, and An Imperfect God: George Washington, His Slaves, and the Creation of America.

Sponsored jointly by the Library Company and the American Philosophical Society, this talk will take place at Benjamin Franklin Hall, 427 Chestnut Street. 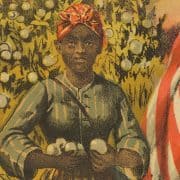 Juneteenth 2013: African American Women in the Era of Emancipation

The Program in African American History at the Library Company of Philadelphia hosted its annual Juneteenth Freedom seminar on June 21, 2013. This year’s theme, “African American Women in the Era of Emancipation,” explores the Civil War experiences of free and enslaved black women as they challenged slavery and defined freedom on the front lines. 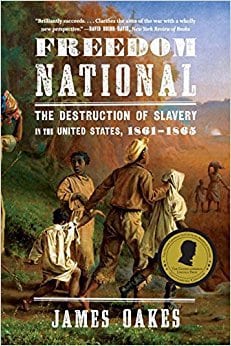 Lecture: Freedom National: The Destruction of Slavery in the United States, 1861-1865

Co-sponsored by the Abraham Lincoln Foundation of the Union League

James Oakes discussed his book Freedom National, a groundbreaking history of emancipation that joins the political initiatives of Lincoln and the Republicans in Congress with the courageous actions of Union soldiers and runaway slaves in the South. It shatters the widespread conviction that the Civil War was first and foremost a war to restore the Union and only gradually, when it became a military necessity, a war to end slavery. These two aims—”Liberty and Union, one and inseparable”—were intertwined in Republican policy from the very start of the war. Freedom Nationalwas awarded the 2013 Gilder Lehrman Lincoln Prize. Oakes is Distinguished Professor of History at the Graduate Center, City University of New York. 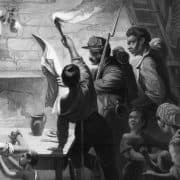 A one-day conference exploring the process and impact of emancipation across the United States, the Caribbean, and Europe during the 18th and 19th centuries. The conference celebrates Juneteenth, commemorating the news that slavery had ended. The program will include a panel discussion featuring Gary Nash, Roseanne Adderley, Jasmine Cobb, and Edna Medford; a roundtable discussion on collecting Afro-Americana; and a keynote address by James Stewart of Macalester College.

The late eighteenth and nineteenth centuries mark both the inauguration of an African American literary tradition and the consolidation of American print culture. Yet these two most vibrant areas for American Studies scholarship are rarely considered in relation to one another. To the extent that scholars understand African American print culture at all, we do so with a dependence on critical models that assume that print is a stabilizing technology that underwrites the establishment of African American identity. But while the technology of print fixes impressions, print culture designates a world in which print both integrates with other practices and assumes a life of its own. 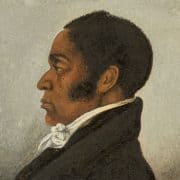 Black Founders examines the activities of newly-freed African Americans in the North as they struggled to forge organizations and institutions to promote their burgeoning communities and to attain equal rights in the face of slavery and racism. Leaders emerged—many of them former slaves—who worked to organize independent churches, schools, and fraternal and educational associations, and to champion blacks’ inclusion as equal citizens in the American landscape. Deeply spiritual people, they held close the tenets of egalitarian Christianity and the affirmation in the Declaration of Independence of the unalienable right to liberty. They were the most consistent voices for multiracial democracy in the new republic, and their words and deeds helped inspire a vigorous American antislavery movement. 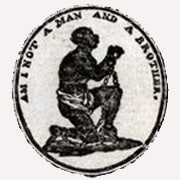 The year 2008 marked the bicentennial of two important events in the history of slavery and freedom in the Atlantic World: the official end of the overseas slave trade in the United States (following the passage of statutes in the U.S. and Great Britain the previous year) and the maturation of Pennsylvania’s gradual abolition law — the world’s first emancipation statute. These two events offer an exciting opportunity for reflection on the broader theme of black freedom struggles in the Atlantic world during the late eighteenth and early nineteenth centuries. 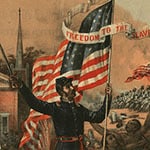