In summer 2019, the Library Company of Philadelphia will partner with the Gilder Lehrman Institute of American History to offer a special institute for teachers interested in innovative methods to teaching colonial history. The institute, supported in part by The Pew Center for Arts & Heritage, will present new ways for middle school and high school students to understand the multicultural origins of the United States.

Led by Daniel K. Richter, Jeannette P. Nichols Professor of American History at the University of Pennsylvania, “Native Peoples, Settlers, and European Empires in North America, 1600–1840” will examine American colonization as a many-sided contest between empires, during which dozens of rivalrous Native peoples contended with equally rivalrous English, French, Dutch, and Spanish empires. The kaleidoscopic struggles came to a head in the era of the American Revolution, in which settler colonists simultaneously rebelled against British imperial rule and fought with Native Americans for dominance in the trans-Appalachian west. That contest continued through the period of the War of 1812 and the era of Indian Removal in the 1830s, which saw the aggressively expansionist new nation that settlers had created seemingly triumph over both its indigenous and imperial rivals.

The institute will be held at the University of Pennsylvania between July 28 and August 3, 2019. Participants will be provided with meals and accommodations for the duration of the institute and reimbursed up to $400 for travel expenses. To learn more or apply for this exciting opportunity visit the 2019 Teacher Seminars page at the Gilder Lehrman Institute of American History. 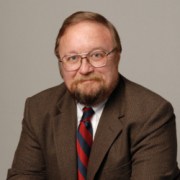