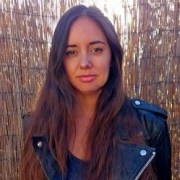 Weshoyot Alvitre is a Tongva/Scots comic book artist and illustrator whose work primarily is used to explore story through sequential art media. Known for her panel to panel narratives, Weshoyot focuses on the emotional impacts of historical events and current responses to politics, lending a human element to linear storytelling. Her work gives voice to the under-represented storylines of present, future, and past indigenous voices.

Weshoyot has contributed to numerous award winning books and anthologies, including multiple Eisner award winning publications, including Little Nemo: Dream Another Dream and Moonshot Volume 2, which recently won both the Joe Shuster award for best anthology as well as a Prism award for her short story, written by Daniel Heath Justice, “The Hummingbird Boys.

She has also partnered with the Smithsonian National Museum of the American Indian on Native Knowledge 360°, a national educational initiative to inspire and support teaching about Native Americans using the comics medium as a support. Weshoyot is currently finishing a children’s book with Cherokee author Traci Sorrell and Kokila Books, to be published by an imprint of Penguin in 2019. She is also working currently with award-winning video game designer, Elizabeth Lapensee (Michigan State University), on an educational game to be used in Native curriculum nationwide. 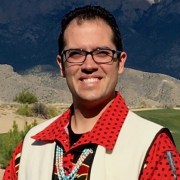 He also serves as the National Director of Wordcraft Circle of Native Writers and Storytellers, a 25-year old organization dedicated to promoting the work and words of Native and Indigenous people throughout the world. He has served in this position for the past fifteen years since the passing of Wordcraft Founder, Lee Francis III, in 2003. During his time, Lee has supported and mentored more than a hundred writers and storytellers, conducted dozens of school-based workshops, and promoted thousands of written works by Native writers and storytellers.

Lee is an award winning performance poet and slam champion. He was a part of the 2006 Albuquerque City Slam Team and the 2008 College National Champion Slam Team. He served as the coach for the 2008 Albuquerque City Slam Team. He has been performing for more than thirty years and has been active in the Albuquerque theater scene for more than a decade after spending a year touring the United States as part of the Repertory Theater of America. He is also a highly regarded storyteller and has performed stories at numerous venues around the U.S.

In 2014, he received his Ph.D. in Education from Texas State University with a focus on Indigenous education systems and Indigenous leadership. He has been published in several peer-reviewed, academic journals over the past decade and his work on Natives in pop culture is highly regarded by universities throughout the United States. As an evaluator, Lee specializes in Indigenous evaluation methods and has been contracted by numerous local and national Native/Indigenous organizations to conduct system and program evaluations. 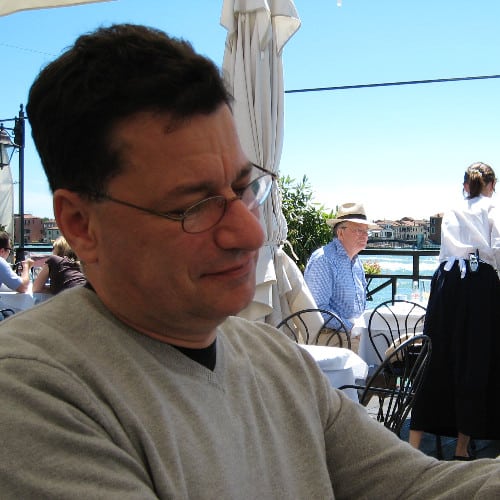 Keith Ragone will serve as the exhibition designer of the forthcoming public art exhibition, Redrawing History (November 2019 – April 2020). Ragone is the president and creative director of Keith Ragone Studio (KRS). He has provided creative leadership has and built collaborative working relationships with clients and colleagues-creating a working ethos that informs client/studio interaction- a methodology that encourages creative problem solving through partnership, both within the studio and with our clients. Over the past 35 years, Ragone has developed a signature approach to telling client stories through innovative print and compelling exhibits. 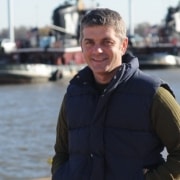 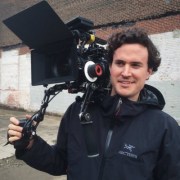