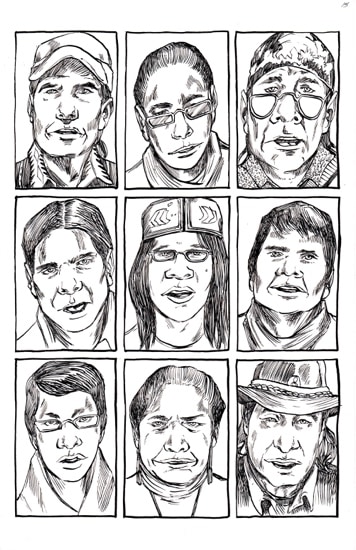 Last month, Nicole H. Scalessa and I traveled to Vancouver to present Redrawing History at a different kind of academic conference, HASTAC 2019. HASTAC, an acronym for the Humanities, Arts, Science, and Technology Alliance and Collaboratory, is comprised of thousands of individuals and institutions working to promote new modes of teaching and learning. The humanists, artists, social scientists, scientists, and technologists who connect through this collaboratory aren’t only pioneering innovative new methods at colleges and universities, but also K-12 and continuing education institutions. 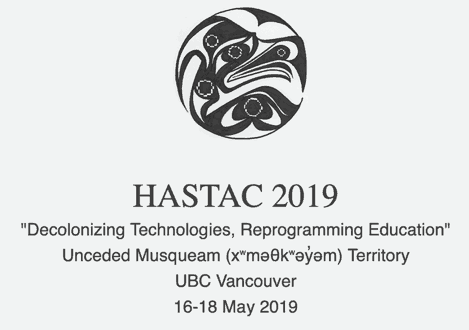 Redrawing History couldn’t be better aligned with the theme of this year’s conference. In fact, our Project Charter features much of the same language that introduces HASTAC 2019. For example, the description of the theme begins, “The conference will hold up and support Indigenous scholars and knowledges, centering work by Indigenous women and women of colour” (Conference Theme).

Rather than recapitulating our talk—the slides of which you may review here—I want to discuss a touchstone referenced by various presenters in nearly every one of the panels we attended: Eve Tuck and K. Wayne Yang’s essay, “Decolonization is not a metaphor” published in Decolonization: Indigeneity, Education & Society. I must confess that prior to attending HASTAC 2019, I had never read the essay, though I had heard of it. Tuck and Yang make a pointed case against the superficial adoption of what they call “the language of decolonization.” That is, talk of “decolonizing” libraries, archives, and institutions without critical, self-reflexive work “domesticates” the principles of decolonization and risks reproducing existing theories of social change with snazzy new terminology (2-3).

I found myself particularly fascinated by the essay’s discussion of settler colonialism, which, they argue, relies upon a familiar conceit: the frontier was empty space awaiting discovery by and use of intrepid settlers. Perhaps most perniciously, this frontier can accommodate the existence of indigenous peoples, as long as they’re relegated to the past. Tuck and Yang write: 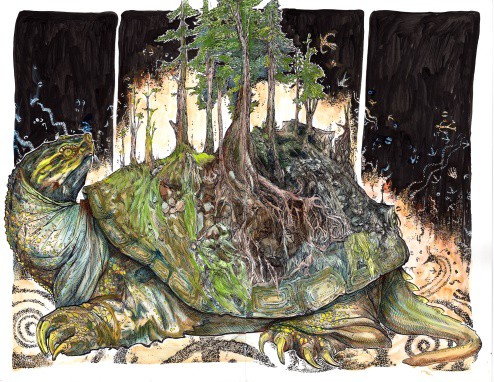 As I revisit this paragraph, I can’t help but notice that the title that came so naturally to Lee Francis, Ghost River, concludes this description settler colonialism. There are, indeed, many ghosts to acknowledge in the story of the Conestoga. However, I’m proud of the fact that our narrative isn’t only historical. The text shuttles across time, beginning outside of settler-time—the Lenape creation myth—and proceeding up to the present. This, I think, is the central subtlety of Ghost River: it is not only an act of commemoration, but also a gesture towards active and ongoing recollection sustained by and accountable to living individuals.

When we visited the Circle Legacy Center last August, our hosts reminded us of this truth, saying, “We’re still here.” They are. And because they are, we owe them more than a eulogy.

Through the Eyes of Black Women: Intersectionality, Sexual Violence, and Reproductive...
Scroll to top