You’re So Extra (Illustrated): Joseph Y. Jeanes and the Annals of Philadelphia

For nearly two hundred years, researchers of Philadelphia history from all disciplines and backgrounds have turned to John Fanning Watson’s extensive Annals of Philadelphia to help uncover the stories of the city’s past. First published in 1830 and subtitled “A Collection of Memoirs, Anecdotes, & Incidents of the City and Its Inhabitants from the Days of the Pilgrim Founders,” Watson’s Annals has become an enduring and impactful source of knowledge on a range of Philadelphia’s legacies that includes information on everything from agriculture and apparel to transportation and military history. Following its initial publication, numerous later editions of Annals were published that extended existing chapters, added new accounts of contemporary events, and provided extra illustrations to the text. Once the 1877-1879 additions compiled by Willis P. Hazard were added to  Annals of Philadelphia, Watson’s detailed analysis of city life between the 17th and 19th centuries spanned three volumes and more than 1,600 pages. 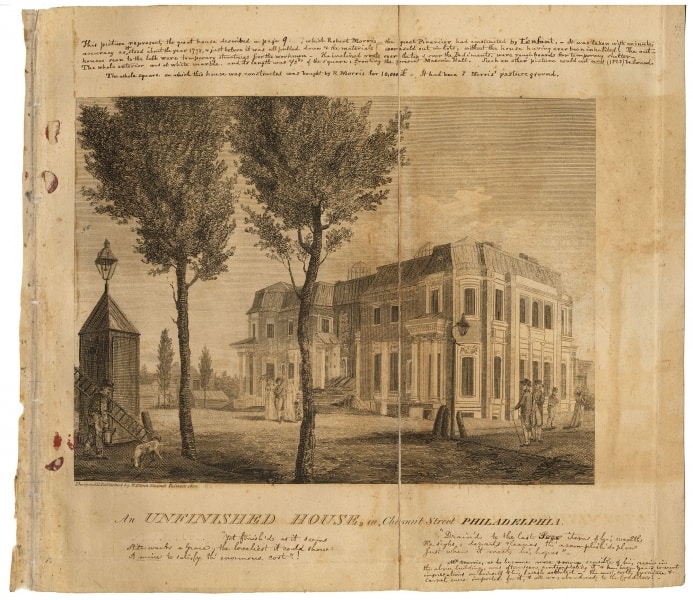 The Library Company of Philadelphia and the Historical Society of Pennsylvania each has one of the only two manuscript copies of Annals, handwritten by Watson and with additional insets. Within the Library Company copy are such materials as fabric pieces from formal gowns worn to the Meschianza held in 1778 in honor of British General Sir William Howe. Featuring annotations and anecdotes that often differ substantially from the published editions of Annals, the Library manuscript copy provides a unique perspective on Watson’s approach to history.

Watson (1779-1860) was motivated to write his magnum opus by the same principle that guided his involvement in Philadelphia’s community of antiquarians and with the Historical Society of Pennsylvania. The final generation that experienced colonial Philadelphia was dwindling, and Watson saw it as a moral imperative to preserve their stories of the “olden times” through oral histories, interviews, and other accounts and relics. A banker by trade, Watson’s methods were often dismissed in his day as being “good but not entirely trustworthy, and the National Gazette wrote that “Mr. Watson has so long been living in spirit with those who lived on earth some fifty or a hundred years ago that he has imbibed a strong affection for ancient modes and customs, and seems to think the former state of society preferable to the present.”

Despite criticism from his contemporaries, Watson’s Annals have inspired scholars and Philadelphians alike to delve deeper into the history of the city. The Annals of Philadelphia had a particularly strong resonance for Joseph Yerkes Jeanes (1859-1928), who endeavored to collect as many images of old Philadelphia as he could to create his own extra-illustrated version of Annals using prints, photographs, photomechanical images, and newspaper clippings and other ephemera. 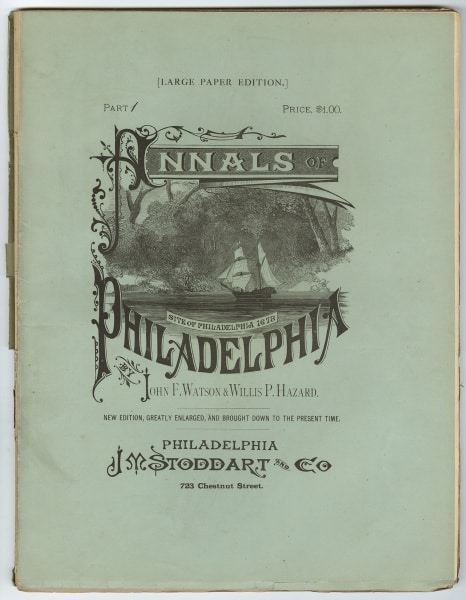 The owner of one of just 100 twenty-part sets of Annals on large-sized paper “suitable for inserting additional plates, illustrations, and manuscript notes,” Jeanes’ copy reflected his desire to heed the call to expand upon the text. In 2014, Library company Trustee Clarence Wolf gifted the Library Company these twenty parts and Jeanes’ collection of additional materials, including more than 400 images, to “extra illustrate” them. 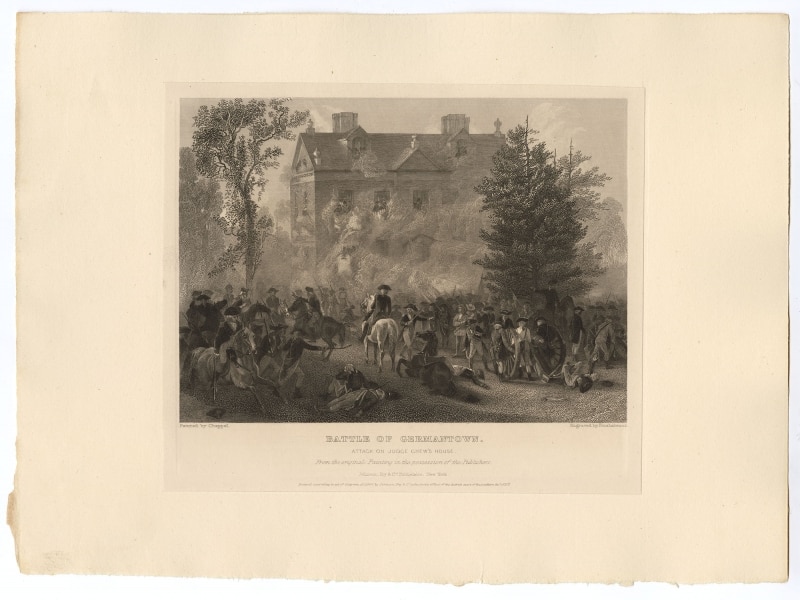 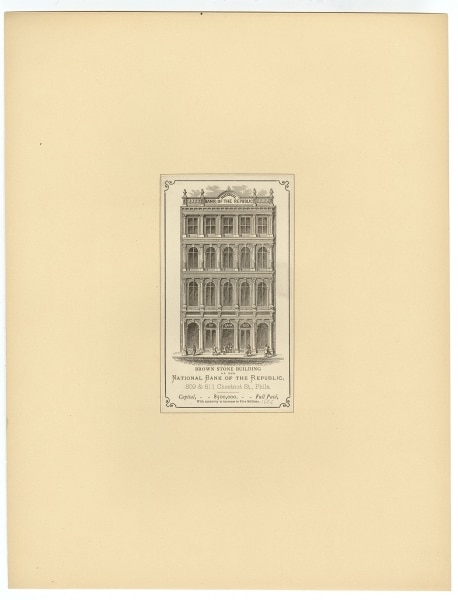 As an intern in the Print and Photograph Department at the Library Company of Philadelphia, my project is to start to complete what Jeanes never did before his death. By accessioning and analyzing the hundreds of images belonging to Jeanes and matching them up to the appropriate place in Watson’s Annals of Philadelphia, I am learning the ways in which history can be told and retold through different lenses depending on one’s historical positionality. In other words, what Watson may have thought was important information for future historians, like the story of Johannes Kelpius, called “the Hermit of the Wissahickon,” may not be what later researchers like Jeanes, who collected over 110 illustrations of the Battle of Germantown, were aiming to find in their history books. Ultimately what emerges at the intersection of Watson’s Annals and Jeanes’ collection is a more vivid, more complete, and more detailed version of the Philadelphia of the past that carries the potential for ongoing research into the city’s history in the future.

John B. Hurford ’60 Center for the Arts and Humanities Summer Intern 2019

Digital Edition(s): It Takes a Village