In 18th century North America, plague was non-existent and smallpox was horribly familiar, but yellow fever was a new horror. When it first appeared in Philadelphia in the abnormally hot summer of 1699, Isaac Norris called it the “Barbados distemper.” Quaker merchants were prominent in the sugar trade there and knew it well. Most historians now agree, however, that it did not originate in the West Indies, and that it had been brought there in slave ships from Africa. It was, in fact, a product of a new phenomenon, the diabolical combination of sugar and slavery that first appeared in Barbados.

Yellow fever thrived wherever there were lots of people, abundant trade, and warm climates where the mosquitoes that transmitted the disease could flourish. In the 18th century it arrived every spring in Charleston and New Orleans, but over time their populations acquired some immunity, and it became a fact of life. Farther north in Philadelphia, only three more outbreaks are recorded up to 1762, leaving the city with very little immunity. When it struck again in 1793, for the first time in thirty years, the result was catastrophic. Ten percent of the population died.

As before it arrived by ship from the West Indies, but these ships carried not only sailors and sugar products but also refugees from St. Domingue (now Haiti). In that French colony, the slave and sugar economy had become the most lucrative capitalist enterprise in the world, until it imploded in a slave revolt in 1791. The refugees included people sick with yellow fever, as well as the mosquitos that transmitted it. This can only have intensified the outbreak. 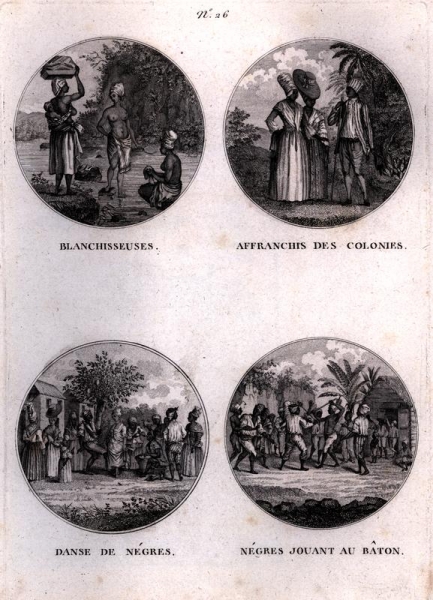 There was another characteristic of Philadelphia in 1793 that intensified the cultural impact of the epidemic: there were lots of physicians to write about it, and lots of printers to publish what they wrote. The 1699 visitation is known from a handful of private letters like Norris’s. In 1793, the sheer amount of reportage and controversy in newspapers and pamphlets swirling around the epidemic is astonishing, and we have it all on our shelves.

Benjamin Rush was the most argumentative of the doctors. He dismissed the widely held belief that the fever was imported and contagious, which it certainly was, and he advocated a treatment that included bleeding and purging, which was rejected by West Indian physicians who had experience with the disease. He also believed, initially, that black people were immune to it, whereas most of the Philadelphia black community had never been exposed and were no more immune than whites. But such was Rush’s prestige and his dogged self-assurance that the arguments he began in print in 1793 continued for a century. 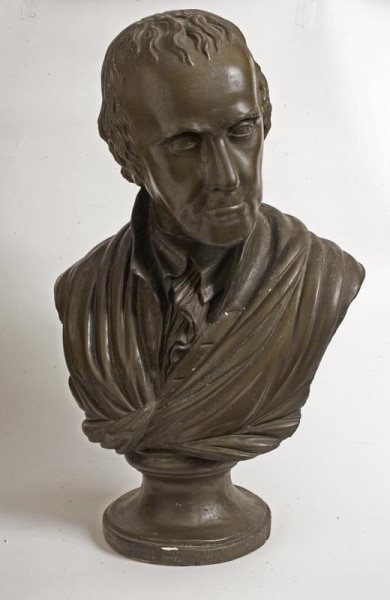 Mathew Carey was the publisher who did the most to disseminate information about the epidemic to Philadelphians and to the world at large. As a member of the committee that organized the city’s response to the epidemic, he had the standing to play this role. His Short Account of the Malignant Fever lately prevalent in Philadelphia, written just as the epidemic was abating, went rapidly through four editions. With most of the city’s newspapers shut down, the nation was largely ignorant of what was happening in its financial and political capital. One of his motives for publishing the pamphlet was to get word out to anyone who might be wondering why Philadelphians were not paying their bills, and in general to bolster confidence in the resilience of the city’s economy. Another motive was to get word out about who had died. Much of the Short Account consisted of page after page of names of the dead, over 4,000 of them in the fourth edition. Many bought the pamphlet just to find out if their loved ones in Philadelphia had survived. 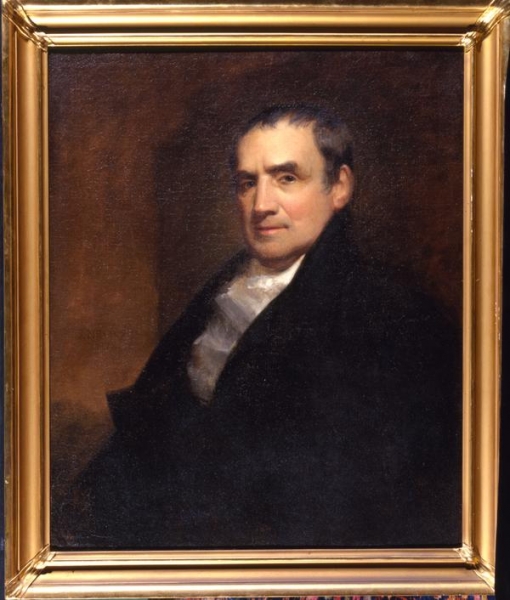 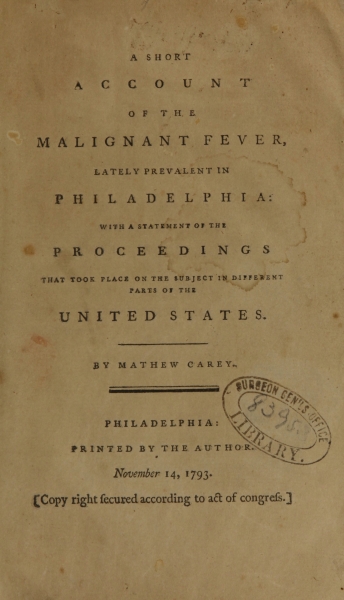 Carey, it must be said, was no Defoe. He talks about the horror of the epidemic without actually showing it. Instead, with a pretense of objectivity and omniscience, he weighs in on all the issues surrounding the nature of the disease and the city’s response. For some issues, he set the terms for subsequent debate. He disputed Rush on several medical points, for example, and he often took it upon himself to allocate praise and blame with a great show of judiciousness. The most glaring example of this is his discussion of the role the city’s black community had played in the crisis.

Rumors about bad behavior by black nurses had been circulating, and Carey wanted to set the record straight. In fact, he said, black community leaders Richard Allen, Absalom Jones, and William Gray had stepped forward and offered to supply nurses and bury the dead, a most welcome offer. Unfortunately, however, “the great demand for nurses afforded an opportunity for imposition, which was eagerly seized by some of the vilest of the blacks. … But it is wrong to cast a censure on the whole for this sort of conduct, as many people have done. The services of Jones, Allen and Gray and others of their colour, have been very great, and demand public gratitude.” He might have thought Jones and Allen would be glad of his faint praise, but it can’t have occurred to him that they would reply to him in print. Their Narrative of the proceedings of the Black People, during the late awful Calamity in Philadelphia in the year 1793: and a Refutation of some Censures, thrown upon them, in some late Publications (1794) was the first pamphlet of black protest published in America. Much of it was devoted to pointing out the base injustice of Carey’s accusation, and the danger to which it exposed the entire black community. Stung by the “compliment” Carey paid them, they wrote, “by naming us, he leaves these others in the hazardous state of being classed with those who are called ‘the vilest.'” Then they went on to refute a whole series of other accusations made by other unnamed whites, showing their ingratitude and prejudice, and the virtue and suffering of the blacks. Almost by the way, with no striving for effect, they capture the horror of the epidemic far more vividly than Carey’s Short Account. 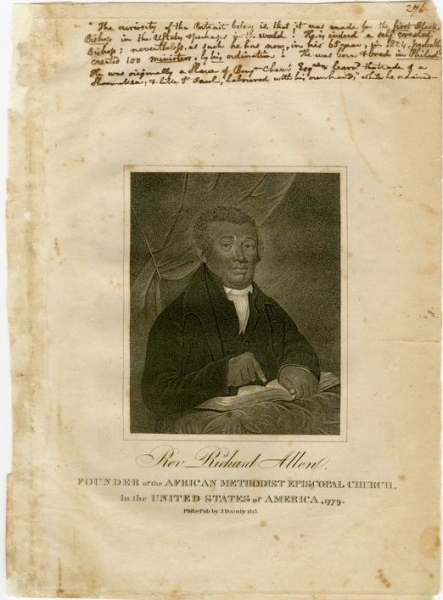 Rev. Richard Allen, founder of the African Methodist Episcopal Church, in the United States of America, 1779. [graphic]. Library Company Digital Collections. Manuscript note on border: “The curiosity of the portrait below is that it was made for the first Black Bishop in the UStates and perhaps the world! He is indeed a self created Bishop; nevertheless, as such he has now, in his 65 years, in 1824, probably created 100 ministers, by his ordination! He was born & bred in Philada. 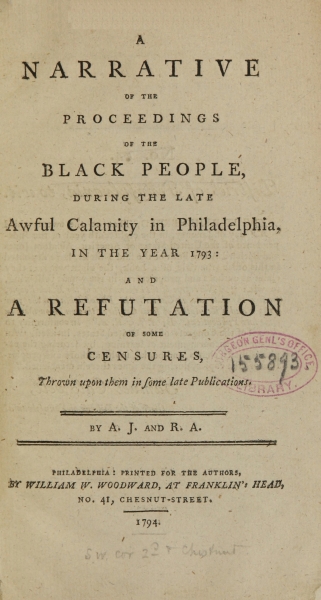 Absalom Jones and Richard Allen, A Narrative of the Proceedings of the Black People…. (Philadelphia, 1794).

It is common nowadays to speak of the possibility that great art can arise from calamity. When will we see the first great coronavirus novel? There was just one great yellow fever novel: Charles Brockden Brown’s Arthur Mervyn, or, Memoirs of the year 1793 (Philadelphia, 1799-1800). Brown’s experience of the fever was in the New York epidemic of 1798, when he contracted the disease, and recovered, while his closest friend succumbed. There is plenty of hair-raising writing in Mervyn, but the book is about much more than the fever, which serves in true gothic style as a metaphor for everything that was horrifying in the capital of the American republic. 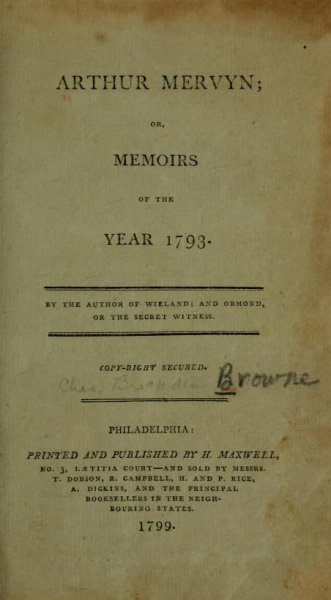 You can get it as a free e-book on many sites, but for maximum effect, I recommend the Internet Archive text, which reproduces the flyspecked greenish paper and the sleazy brown type of the Duke University copy of the first edition.

Redrawing History: Taking the Symposium on the Road

Talking in the Library: Season 2 Episode 8
Scroll to top