While studying the food innovations showcased during the National Centennial Exposition, I made Centennial Pudding based on a recipe published by the Women’s Centennial Executive Committee. Rather than using jelly as called for in the recipe, I opted for cranberry preserves. Today, I will be sharing that process.

The recipe comes from an advertisement published during the National Centennial. Many food companies took advantage of the unprecedented advertising opportunity during the Centennial, and a number included recipes on their advertisements. This ad for cranberries is one example:

The Fruit growers’ Trade Co. included recipes inside their brochure 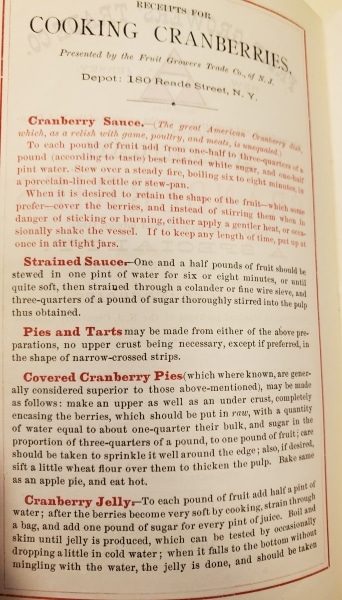 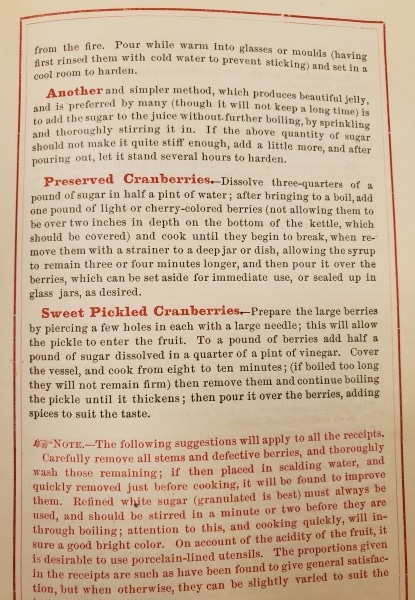 I am following the “Preserved Cranberries” directions.

There are only three ingredients:

Three-quarters of a pound of sugar

Half a pint of water 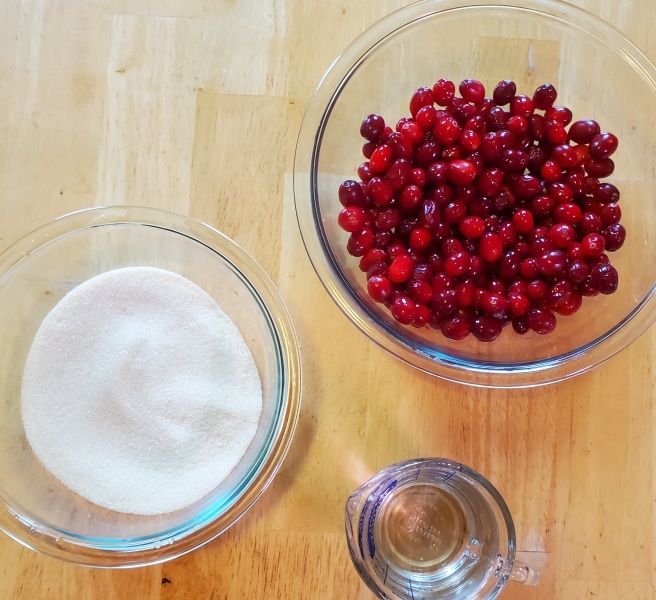 I think this may be the shortest ingredient list in the history of What’s Cooking.

Dissolve three-quarters of a pound of sugar in half a pint of water ; 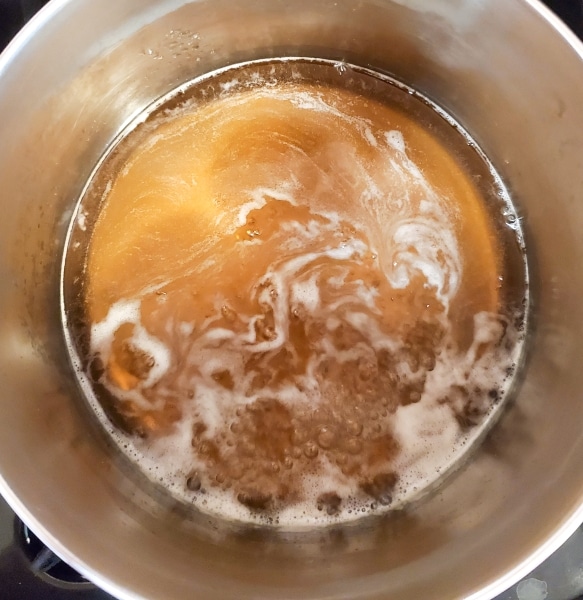 I stirred the sugar water a little bit to make sure it all dissolved. Fortunately, I managed to avoid burning the pot into oblivion.

after bringing to a boil, add one pound of light or cherry colored berries (not allowing them to be over two inches in depth on the bottom of the kettle, 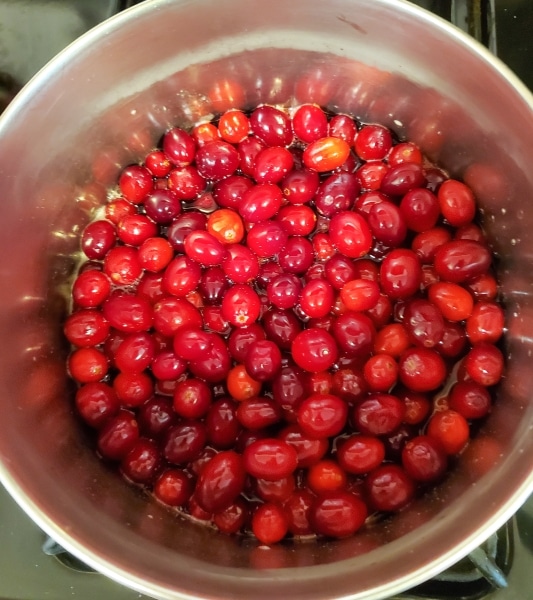 I used my largest saucepan to ensure the cranberries wouldn’t be piled too high.

which should be covered) and cook until they begin to break, 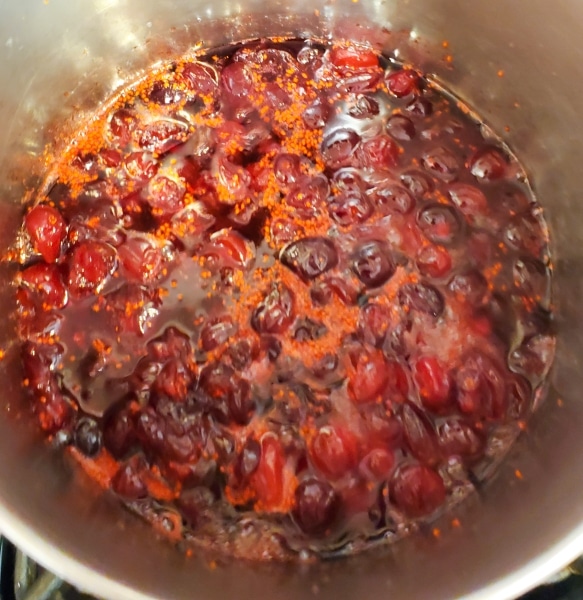 Enough liquid has escaped to just about submerge the stewing cranberries.

when remove them with a strainer to a deep jar or dish, allowing them to remain three or four minutes longer, 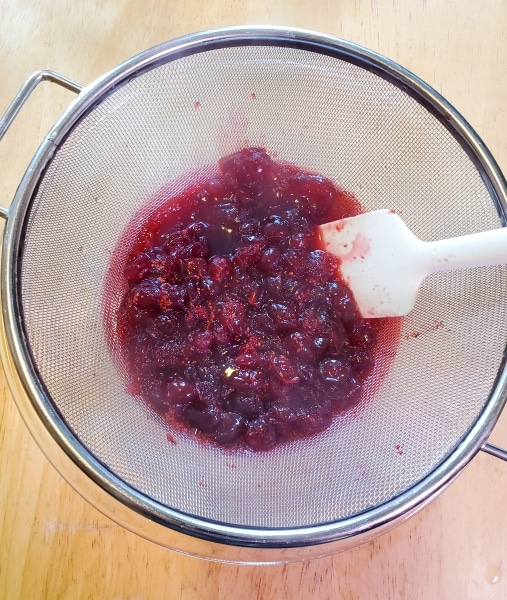 and then pour it over the berries, which can be set aside for immediate use, or sealed up in glass jars, as desired.

I’m not sure of the reasoning behind straining the cranberries given that the liquid gets poured over them again. I’m going to let this mixture cool in the fridge for a while. I’ve learned from experience that molten fruit should not be eaten. 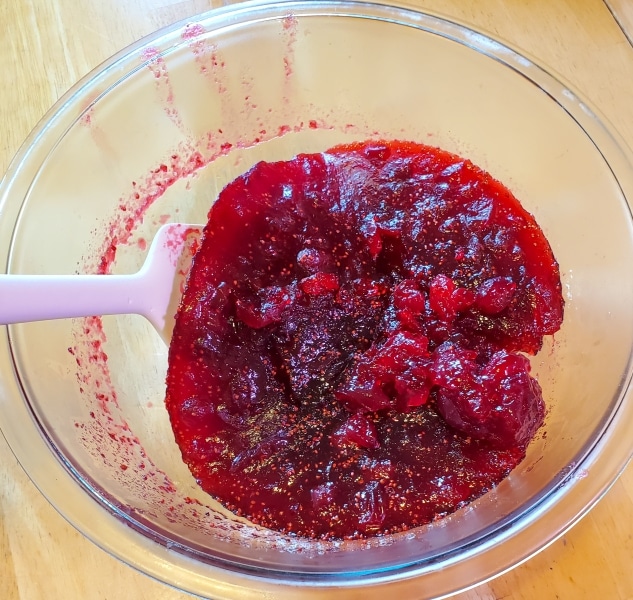 After chilling, the liquid has gelatinized. This definitely is looking more like fruit preserves from the grocery store now. 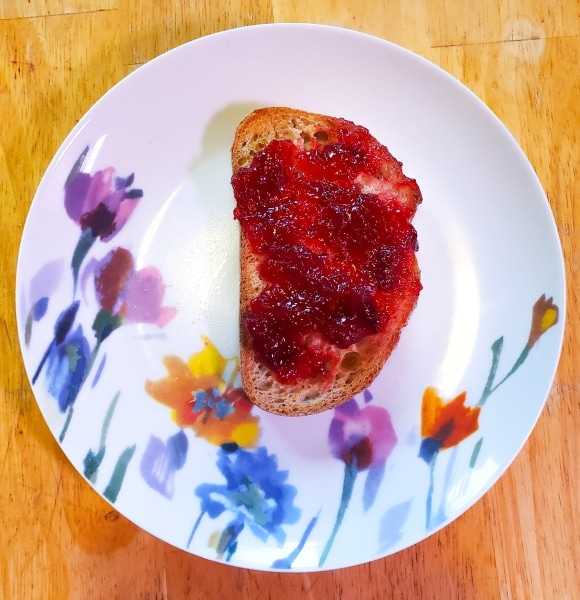 It’s pretty good and very sweet. This was a fairly simple recipe to make (and much tastier than the cylindrical version), and I recommend trying it at home!